Infinities of Meaning: The Humanist Vision of The Fault in Our Stars

Infinities of Meaning: The Humanist Vision of The Fault in Our Stars July 22, 2015 Galen Broaddus

I am an unrepentant fan of the writing of John Green, who is perhaps best known for his young adult novels. I first read his debut (and Printz Award-winning) novel Looking for Alaska in an adolescent literature course I took in college, and that was enough to get me hooked on his writing. (If you don’t know Green for his novels, you might know him for his vlogging or educational content.) More recently, his fictions have made their way to the big screen; his novel Paper Towns is about to be released in theaters, Green’s second fictional work to receive such a treatment.

In fact, it was recently seeing his first such movie adaptation – The Fault in Our Stars (hereafter TFIOS) – that reminded me of how much I enjoyed the novel when I first read it. (I’m enough of a fan that I pre-ordered a copy, which ended up being an extra-special signed copy…so I bought another one for my high school students to read.)

Coincidentally, I read this novel just about the time that I was leaving religion, but it has taken me a few years to get enough distance to really see the novel for what it is: a stunningly humanist* view of life, death, and meaning.

TFIOS, in brief, is the story of two teenagers, Augustus Waters and Hazel Grace Lancaster (the latter of whom is the narrator), who have or have had cancer. They meet at a support group in an Episcopal church – it bears mention here that Green is an Episcopalian – and eventually develop a relationship as they both deal with their own mortality and desire to live a life worth living. As you might suspect from a book about teenagers with cancer, there is a great deal of sadness and grief in its pages, although it also plays somewhat subversively with the tropes of “cancer lit” (or at least with a clear awareness of those tropes).

It isn’t always easy to tell what labels could be fairly used to describe Augustus and Hazel, which fits well with Green’s own reluctance to talk much about religion in his other work, but I think it’s fair to call Hazel more of a skeptic. When she first meets Augustus at the support group meeting, she responds to him saying that he fears oblivion with something of an existentialist soliloquy:

“There will come a time,” I said, “when all of us are dead. All of us. There will come a time when there are no human beings remaining to remember that anyone ever existed or that our species ever did anything. There will be no one left to remember Aristotle or Cleopatra, let alone you. Everything that we did and built and wrote and thought and discovered will be forgotten and all of this” — I gestured encompassingly — “will have been for naught. Maybe that time is coming soon and maybe it is millions of years away, but even if we survive the collapse of our sun, we will not survive forever. There was time before organisms experienced consciousness, and there will be time after. And if the inevitability of human oblivion worries you, I encourage you to ignore it. God knows that’s what everyone else does.”

“This comment [that Van Houten’s book “meant a great deal” to Augustus], however, leads me to wonder: What do you mean by meant? Given the final futility of our struggle, is the fleeting jolt of meaning that art gives us valuable? Or is the only value in passing the time as comfortably as possible? What should a story seek to emulate, Augustus? A ringing alarm? A call to arms? A morphine drip? Of course, like all interrogation of the universe, this line of inquiry inevitably reduces us to asking what it means to be human and whether — to borrow a phrase from the angst-encumbered sixteen-year-olds you no doubt revile — there is a point to it all.”

This might seem a bit like a strawman to you; it sort of does to me. But there it is, the “overwhelming question”: What meaning is there in an indifferent universe that would sentence children to live with and die from something so horrible as cancer? (I suspect that Green’s own experience working as a chaplain in a children’s hospital may have given him the impetus to consider this question.)

This isn’t just a mere existential question for Augustus and Hazel. They have experienced – they experience – suffering. And as they have to grapple with their own mortality, with the realization that they could (and likely will) die from a “civil war” inside themselves, the bullshit falls away.  At one point, Hazel remarks on an “Encouragement” in Augustus’s house that reads “Without Pain, How Could We Know Joy?” by astutely noting that “the existence of broccoli does not in any way affect the taste of chocolate.” There are no simple theodicies in TFIOS. Indeed, there cannot be. To do so would be to trivialize the protagonists’ suffering.

Probably the most notable part of the book – and the place when the humanist vision is most clearly articulated – is when Hazel presents her eulogy for Augustus in a sort of “prefuneral”:

I took a few breaths and went back to the page. “I can’t talk about our love story, so I will talk about math. I am not a mathematician, but I know this: There are infinite numbers between 0 and 1. There’s .1 and .12 and .112 and an infinite collection of others. Of course, there is a bigger infinite set of numbers between 0 and 2, or between 0 and a million.† Some infinities are bigger than other infinities. A writer we used to like taught us that. There are days, many of them, when I resent the size of my unbounded set. I want more numbers than I’m likely to get, and God, I want more numbers for Augustus Waters than he got. But, Gus, my love, I cannot tell you how thankful I am for our little infinity. I wouldn’t trade it for the world. You gave me a forever within the numbered days, and I’m grateful.”

Strip away all the sentimentality of that, and you get this: We are often so fixated on ultimate meaning, on making our lives last beyond us in an indelible way, that we miss the ways in which we make meaning here and now. There are “little infinities” in our lives, which are not themselves boundless, and they mean something. A rose does not fail to be beautiful because it will wither. A note of music does not cease to be euphonious because it will eventually stop ringing and fade away.

Yes, it may well be a fool’s errand to try and establish something that will outlive us in any significant way. Yes, there may be, contra Cassius, plenty of “fault in our stars.” For me, though, the real lesson of TFIOS is that we need not seek the promise of an eternity to find forever in our own lives.

And that, my friends, is not just all we get – it is enough.

*For the purposes of this piece, “humanist” will be used in the sense of “secular humanist,” i.e. relating to the thoroughly non-theistic worldview of secular humanism.
†This actually isn’t entirely correct, mathematically speaking, a fact of which Green was apparently aware. 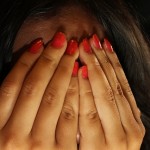 Come Meet the Growing Ranks of...
Roll to Disbelieve
Related posts from Ex-Communications