A Toast to the Influencers

On Thursday morning, I found myself hearing some surprising but pleasant news: The excellent blogger Ed Brayton now has a home at Patheos Atheist. I’ve been reading Ed’s writings since at least 2008 (although I could swear that I started reading him at ScienceBlogs before that), and I followed him as he founded Freethoughtblogs, a network which has gathered quite an excellent and diverse collection of voices.

This post is first and foremost to welcome him to Patheos – I’m overjoyed that I can now call him a colleague, and I think he’s a superb addition to the atheist channel here.

This post is also an opportunity to say this: I owe where I am today in part to him, as well as many others.

I’m going to try not to dwell too much on Ed as a person – I know him just well enough to know that he would probably be somewhat uncomfortable with that idea – but Ed’s blog, in the SciBlogs days, was one of my first forays into the atheist blogosphere, having drifted over there as I was actually in a period of deep interest in the intelligent design movement. (Before you ask, yes, I am suitably embarrassed that I took ID seriously for some time. I like to think that I’ve atoned for my transgressions somewhat, though, and I realized that I’d been duped by evolution deniers and religious apologists a few years before I finally deconverted.)

At that time (if my memory is correct), Ed didn’t call himself an atheist but rather a deist of some stripe. But that didn’t really matter to me because what I saw in Ed was a fierce integrity and desire for accuracy and truthfulness. He would call out anyone, Christian or atheist or whatever, who put forth a fake quote, something that he still does and which I picked up myself. (I’m sure my high school students just loved how I would call them out on their own misattributed quotes in projects and writings.) He was stubbornly fair (most of the time – no one’s perfect, of course) and demanded for others to do the same.

Ed provided for me a sort of model – not a perfect one, nor one that I have tried to emulate in all respects – of what to aspire to in terms of my desire to be rational and passionate and concerned with the truth.

If you haven’t already noticed, I’m a pretty reflective person. I’ve been this way since I was a child, and I don’t think I would know how to turn it off even if I wanted to.

That said, I think it’s hugely important to reflect from time to time on how we got where we are at any given point and especially on who influenced us. Not all influences are created equal, of course; an abusive parent can be as influential as a supportive and loving one, but these are not necessarily equally beneficial influences. But influences are important no matter what, and reflecting on our own positive influences can help inform how we interact with others.

And of course, it is also helpful to let people know when they’ve had a positive impact on you. I’m grateful that I had the chance to meet Ed at Skepticon 5 a few years ago and tell him how thankful I was for his influence in my journey. I have no idea if that made an impact on him, but it was worth saying regardless.

So, Influencers, I raise my glass to you. May we continue to recognize and honor your influence, as we aspire to be Influencers ourselves.

Intrepid Readers: Who has had a positive influence on your journey away from religion/toward reason? I’d love to hear your own reflections and stories in the comments.

August 5, 2015
The One Thing Evangelical Leaders Don't Want Christians to Know about Mixed-Faith Marriages.
Next Post 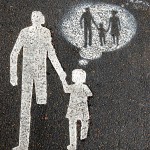 Is There a Looming Sex Scandal...
No Longer Quivering
Related posts from Ex-Communications