(Don’t) Stay Together for the Kids?

I’ve mentioned here before that I’m currently in a mixed-belief* marriage (my wife is a Christian who doesn’t strongly lean toward any given theological strain). We just celebrated twelve years of marriage, the last three and a half years of which have been “mixed” after my deconversion. It hasn’t been easy, but we’ve figured out some ways to make it work.

Because of my own marriage, I have a deep interest in the notion of mixed marriages and relationships and how they can thrive. So I’ve been watching the conversation around mixed marriages that has been started in posts by my colleagues Neil and Cassidy, and there has been much said that I endorse. (Neil’s advice to the believing spouse in particular is really solid and has a lot of overlap with what I have said in the past on the subject.)

But I’ve noticed what I think is a disturbing trend: The explicit advocating for mixed-belief couples to break up. And what’s worse, I’ve noticed some bothersome reasons for it.

Let me first acknowledge my own bias: My own mixed-belief marriage might well bias me in favor of them. While that’s true, I don’t think my support for these relationships is purely self-serving. For questions like “Is a healthy relationship possible between these types of people?” I tend to favor a more liberal stance by default: that is, you’re going to have to give me good reasons why it’s impossible before I’m going to be persuaded.

I’m also not necessarily saying that every mixed-belief coupling is a good one (in the same way that not every religiously homogeneous coupling is necessarily a good one). There are some situations in which these relationships are better off ending, and indeed I know several people for whom that seems to have been true. So I’m comfortable with saying that the general advice often given to such couples is, like most relationship advice, not a guarantee of a sound relationship.

I also would be very hesitant to judge anyone who says that a mixed-belief relationship is not something they’re personally interested in, provided it is indeed a personal preference and not a judgment on those relationships and those in them. For another (perhaps less equivocal) example, my wife and I got married when we were in our late teens, and a lot of people would say that there is no way they would want to marry that young. That’s okay, as long as they don’t then judge me for doing so since my wife and I were clearly perfectly capable of sustaining a relationship that began so early in our lives.

Do It for the Kids?

Maybe the most surprising thing that I’ve heard was a comment that I saw fairly recently. The individual in question did something I rarely see: They suggested that mixed-belief relationships are better off dissolving in order to prevent children from being raised in a home with a religious parent.

This suggestion puzzled me for a number of reasons, not the least of which is that children of mixed-belief parents aren’t going to be spared the beliefs of one parent if those parents are divorced, in most cases (indeed, joint custody† seems like a recipe for each parent to do whatever advocacy of their own views on their own time, without the input or participation of the other, which is precisely the opposite of what was proposed). But perhaps the worst is that it seems like conflict of a very adversarial sort here is presumed, and that is itself bad for children.

I’ve been quite fortunate in this regard, since my wife and I have largely tried to remain neutral on what we tell our children about our religious views and it hasn’t been a problem because our children don’t show much interest in what we believe. But that isn’t true for everyone, and different couples handle it differently. (Some do church together, especially in religious organizations like Unitarian Universalist congregations where belief is de-emphasized in favor of shared values. Some don’t do church at all. Still others do church for the religious partner and none for the non-religious partner, with children having the choice to go or not. And there are probably other permutations I’ve missed.)

And regardless of the specifics, it is absolutely possible to raise freethinking children even when a parent is religious. It’s true that navigating this aspect of a mixed-belief relationship is different than the interpersonal interactions of the couple, but it’s not by any stretch impossible. We have, if nothing else, plenty of anecdotal evidence to serve as counterexamples to this claim.

An Inability to Relate

One of the comments I’ve seen – and this is more general than just relationships, although I see it disproportionately in those conversations – is that having different core beliefs or worldviews might as well be an irreconcilable difference (although, curiously, I almost never see it couched in quite these words).

It may indeed for some people be an irreconcilable difference; I’ve seen and heard of relationships where this was the case. It does not appear, from the existence of long-lasting mixed-belief relationships, to be inevitable.

In a previous post about not assuming that others aren’t taking their beliefs seriously, I mentioned that Dale McGowan, who has written essentially the authoritative text on mixed-belief relationships, pointed out that the intensity and dogmatism of belief often causes a problem for these relationships. This still seems to me exactly right, but more than that, I think that there’s very likely a link between intensity, dogmatism, and one’s tendency to see such differences as irreconcilable even in other people’s relationships.

This is fairly easy to envision from the religious side: If you believe that people outside your religious group are fundamentally immoral and thus doomed to hellfire or exile from paradise or whatever bad thing comes after death, or if you believe that such outsiders erode the religious values that are needed to run a functioning society, or if you believe that the existence of outsiders hinders the inculcation of orthodox beliefs in the next generation, then of course you’re likely to see a relationship with an irreligious person as inherently problematic. But if you think that religion is a cancer on society or that religious people are fundamentally unable to engage in sound thinking or that religious parents by definition prevent their children from being able to become rational thinkers, the converse is also true.

And if I’m being totally honest here, I’ve seen and even directly received comments like the latter ones directed toward secular partners in such a relationship (or to secular people who are supportive of mixed-belief relationships). It’s difficult for me to muster up enough civility to respond (or not, as the case often is) to such comments because it seems to me an inability to relate. I don’t just mean the inability to understand the vantage point of someone with different beliefs and experiences, which would be entirely understandable in many cases, but the inability to relate to another person as a person, with all the complexity and nuance of an individual’s thoughts, feelings, and motivations. If you think that atheists are just wicked pawns of the devil, you have distilled that person down to a caricature, not a fully-rounded, nuanced view. And if you think that theists are weak-minded or deluded, guess what? You’ve done precisely the same.

Do this to anyone for practically any reason – whether it’s religion or political views or sports teams or tastes in art or music or whatever – and see how rich and meaningful your relationship is.

I don’t think this is actually a good idea on the individual level at all (groups may be more amenable to generalizations, provided that they are not universally taken as universal statements), but clearly it’s not something that works in committed relationships.

Clearly, there are people for whom mixed-belief relationships are probably out of the question without some shift in their opinion. I’m capable of respecting my wife’s ability to think for herself because I see her religious beliefs not as a character flaw or a mental deficiency but rather (as I explained at the end of this recent post) the result of the same cognitive biases that plague the vast majority of us – including the irreligious. Were that not the case, my deconversion would have probably been the death knell of our relationship. And frankly, if my wife hadn’t been capable of accepting that atheists aren’t necessarily ethically unmoored or intellectually dishonest, that would have also been a serious issue because I take my ethical and intellectual life very seriously.

So, for those of you still convinced that mixed-belief relationships are an all-around bad idea, I encourage you to do a few things:

I don’t expect anyone to go jumping into a relationship with someone of a different worldview, but maybe in an attempt to understand why people who believe more like us would jump into the marital bed (or stay there) with someone of different beliefs, we can improve our own ability to relate to others who aren’t like us. It seems like that would be a good worth pursuing for its own sake.

*I’m using “mixed-belief” here to refer to marriages where one partner is religious and/or theist and the other is secular and/or atheist (in the general sense). At times, I’ve also used “interfaith” to refer to similar relationships, although that term is generally construed more broadly.
†Joint custody is an optimistic setup, but it should be noted that non-religious parents have a bad record, at least in America, of getting the short end of the stick in custody disputes, making this an even less palatable option. 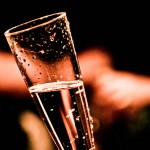 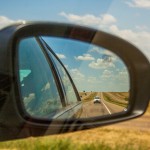 August 11, 2015 Judge Us For Who We Are: A Reminder for The Backward-Looking
Recent Comments
0 | Leave a Comment
"This site will be left as-is for anyone who wants to read the older posts. ..."
Joe Omundson Announcement: ExCommunications is Moving!
"Will the older content be transferred to the new site?"
Clancy Announcement: ExCommunications is Moving!
"It's a love for the Horror genre.Once I stopped believing in ghosts and exorcisms, those ..."
Steve Dustcircle What Makes People Long For the ..."
"> What Makes People Long For the ‘End Times’?It's a sado-masochistic revenge fantasy. And is ..."
Jim Jones What Makes People Long For the ..."
Browse Our Archives
get the latest from
Nonreligious
Sign up for our newsletter
POPULAR AT PATHEOS Nonreligious
1