It Might Get Better, But It Hurts Now: Thoughts on Present Pain and Future Hope

It Might Get Better, But It Hurts Now: Thoughts on Present Pain and Future Hope August 23, 2015 Galen Broaddus

By far, the vast majority of the work I do as a secular activist is in trying to help people who have left religion or are in general not religious, from my writings here to my work as a local group leader to my volunteer work with the Hotline Project (although the latter also caters to others as well). This is largely not by accident; service work is basically in line with my general temperament and is what I have the most experience with.

As such, I hear personal stories. Sometimes these stories are the same ones that play out in the lives of so many people after they leave religion; sometimes they are unusual and devastating. But the ones that hit me the most are the ones that describe a current pain, not merely a memory of past wrongs but an open wound of ongoing hurt. The ongoing ostracism of family members. The perpetual worry about being a closeted apostate. The anxiety of thinking about coming out to one’s spouse. And I could go on because the situations are legion and the number of complicating circumstances even greater.

Sometimes I get asked for advice about situations, and I have to confess that I often struggle with that, in large part because so many of these situations include unpredictable elements and complications that make it extremely difficult to generalize about. In so many of these cases, I have to try so hard to remain hopeful while also being realistic. And it’s the hope part that I think I find the hardest to deal with.

I’ve discussed before how I was bullied as a child and how I still have a bit of a problem talking about the subject. A few years ago, one of my favorite vloggers, Hank Green of vlogbrothers, talked about a question that was posed to him about how he has dealt with his own history of bullying, and it has stuck with me ever since:

At LeakyCon, a young lady asked me how I dealt with bullying. I wasn’t able to give her a very good answer, which troubles me. Well, there were lots of shouts of “It gets better” and “Stay strong” and “We love you”. But when I put myself back in time to when I was being bullied, none of those things would’ve helped me. Yes, absolutely it does get better. But when you are being physically and psychologically tortured, it is difficult to remove yourself from the pressingness of the moment at hand. Here’s how I dealt with bullying: I cried, I hated myself, I hated my life. I didn’t deal with it, I survived it, but I never dealt with it. So here are two tips from someone with lots of experience. 1: It’s not about you, it has nothing to do with you, it’s about the assholes doing it to you. 2: Your job is not to deal with it, your job is to survive it, which you CAN do because it WILL end. And then yes, it will get better.

This is exactly how I feel about the encouragements that Hank mentions: They are useful in a general sense because they help show solidarity and support for people struggling with difficult situations, but those affirmations do not get rid of the pain, nor do they effectively mask it. Future hope is not and cannot be an anesthetic for present pain.

It Gets Better…If We Make It Better

In some ways, what I’m talking about can be seen in the ways that the religious sometimes deal with the topic of justice. In a comment on Neil’s recent post about what we lose when we leave religion, I mentioned that along with losing my own music, I also lost some of the Christian music that I listened to. One notable exception for me was the song “This Too Shall Be Made Right” by Derek Webb, which expresses this angst about the injustice in the world with a hope for eventual resolution:

Webb’s meaning in the song is clear (and he says as much when he has performed the song): Injustice will be taken care of supernaturally by God at some indeterminate time in the future. This isn’t much different from what I have heard from Christians basically my whole life: “Yes, there is pain and suffering right now, but one day Jesus will wipe away all the tears from our eyes,” and so on. And maybe for some people, that’s comforting, but it fundamentally doesn’t stop the pain now – at best, it makes you feel a little better about it.

What saved the song for me is a reframing: This too shall be made right, but we have to be the ones to make it so. And that is the message we have to carry with us when we hear about other people’s pain.

Many of you may be familiar with a popular effort (mentioned as an encouragement above) to help LGBT youths called the It Gets Better Project. Starting in 2010 with a video by columnist Dan Savage and his partner Terry Miller, the project has attempted to send messages of hope and encouragement to LGBT youth that even though their current situations may be dire and immensely painful, eventually “It Gets Better” and those things will end.

Of course, the harassment and ostracism that LGBT youth have to deal with doesn’t in fact always stop once they reach adulthood. However, to their credit, I think that the IGBP’s mission statement is telling in this regard:

The It Gets Better Project’s mission is to communicate to lesbian, gay, bisexual and transgender youth around the world that it gets better, and to create and inspire the changes needed to make it better for them. (emphasis mine)

It is not enough to just say, “Hang in there; things’ll get better.” We must make them better if we can. There is no simple comfort of universal justice available here, just the reality that a better future is only possible if we do something about it.

Fortunately, there are plenty of people and organizations out there trying to do that, especially in our secular community:

And I know that I’ve forgotten plenty of groups and omitted much of what these groups are doing. (Please feel free to tell me in comments about other groups that you think are doing great things in the movement!)

Hope is of course important as we try to help others cope with the pain they are feeling now, but we must make sure that we couple our encouragement with ways of actualizing the future we are describing so that we can make a better present. Maybe that involves providing support for freethinkers and nonbelievers in your area or volunteering for the Hotline Project or joining a Beyond Belief Network team or donating to any of the many charities doing specific kinds of work, inside the movement or out.

People are really hurting, and their pain matters. It’s our job to acknowledge that pain and do what we can to stop it, however we can. I hope you’ll join those who are already working to make that difference.

August 21, 2015
Nobody Gets to Tell Anyone Else How to Feel About Anything, Including Sex.
Next Post 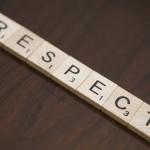 August 24, 2015 Persuasion, Boundaries, and Respect in Mixed-Belief Relationships
Recent Comments
0 | Leave a Comment
"This site will be left as-is for anyone who wants to read the older posts. ..."
Joe Omundson Announcement: ExCommunications is Moving!
"Will the older content be transferred to the new site?"
Clancy Announcement: ExCommunications is Moving!
"It's a love for the Horror genre.Once I stopped believing in ghosts and exorcisms, those ..."
Steve Dustcircle What Makes People Long For the ..."
"> What Makes People Long For the ‘End Times’?It's a sado-masochistic revenge fantasy. And is ..."
Jim E Jones What Makes People Long For the ..."
Browse Our Archives
get the latest from
Nonreligious
Sign up for our newsletter
POPULAR AT PATHEOS Nonreligious
1