People often tell me, “Don’t read the comments.” Very often, they’re right, but I can’t help myself. Part of the way that I progressed toward the point I’m at now was by reading the comments and making them myself. So I still read the comments, even though I sometimes regret it.

Sometimes, however, the comments are illustrative.

Take this comment left by Edward Clint (who also happens to blog on the Skeptic Ink Network) on this Friendly Atheist article about relationships between atheists and Christians:

I don’t believe the first sentence. Or at least, the specific meaning of “respect” is not the usual one. It seems more likely that, for purposes of the one topic, they set up a demilitarized zone. Engagement is bilaterally forbidden. This might be respect for a boundary, but I doubt it is respect in the sense of genuine admiration.

I do try to persuade people I respect. Usually, they’re the ones worth trying to persuade.

There is an absolute ton to unpack in this short comment, so let’s get started.

The Balance of Power

First, I want to commend the original poster on Reddit – congratulations, you’ve mastered just one of the conditions that I think is absolutely vital for a healthy mixed-belief relationship. Trying to convert or deconvert the other partner is a recipe for disaster. (I’ll return to the “demilitarized zone” imagery later to deal with that specific approach to differences in belief.)

This is an opinion that I’ve held virtually from the moment I deconverted and as a result suddenly found myself in a mixed-belief relationship. My reasoning for this has long been that a desire to convert or deconvert your partner creates a power imbalance, which is toxic to any relationship that seeks to be equitable and balanced, a partnership of equals with the same amount of self-determination and autonomy. I wouldn’t want to deconvert my wife, however much I think I might like the outcome if that were to happen, because it would require me to treat her as less capable of thinking for herself. And if I think that, then the equitable relationship that we both seek has already been sabotaged.

But you don’t have to take my word for it. My colleague Neil Carter gave this as advice in his recent reply to a Christian now married to an atheist, not just as his own advice but as the advice of other friends. And of the “Ten Helpful Things” that Dale McGowan includes in his book on the subject (which I will probably never tire of mentioning and quoting from on this topic), the first is

Never try to convert or deconvert your partner. In matters of belief, support and encourage his or her autonomy.

In Chapter 17, he goes into more depth on the subject, but for the purposes of space, I’ll just mention that he separates respect out into four types:

Clint is saying that mixed-belief relationships can have (3) but not (1), at least not in a deep sense. I’ll return to that idea in a moment.

No Engagement vs. No Evangelism

Another common notion about mixed-belief marriages is that they can only be maintained by making religion a topic that is off the table for discussion. There are plenty of couples that do take this approach, and I don’t think it’s necessarily unhealthy. There are things I believe which I genuinely want other people to believe as well – for instance, that people with autism are not damaged or broken or in need of a cure. I’ll assert this firmly when I encounter it, and I would do so if a friend or family member or even my wife expressed such a view. (Fortunately, none ever have.)

But not every belief is such, and I would even suggest that treating every belief as equally or even sufficiently worthy of such evangelism would be a tiring existence in which you were constantly trying to persuade others. In essence, what you would be doing is elevating the need to be right and to make others agree with you over the value of those relationships themselves. And if there’s anything I’ve learned from being a naturally argumentative person, it’s that this kind of attitude can make you a very unhappy and disconnected person.

Still, I also think that it is perfectly possible to leave certain topics on the table while also adopting a stance that makes these discussions about the issues rather than attempts to become adversarial. If you have ever had an intense competition with someone you care about, to the point where both of you take the competition quite seriously, you may have experienced the kind of strain (albeit often temporary) that it can put on that relationship. That kind of serious conflict is something best avoided in relationships where intimacy and union is important, and I think it’s safe to assume that you’re serious about a belief if you’re willing to evangelize for it.

I can speak to my own experience here. There are absolutely topics concerning religion that my wife and I discuss (and others that we don’t discuss and didn’t even before I deconverted, like heaven). She and I talk about the evangelical subculture, the problem of evil, the sexual ethics of the New Testament (particularly Paul), and a variety of other religious topics. I’m more conversant with the Bible than she is (which is more a function of the religious education I received as a child versus the more limited education she received), so sometimes she just listens and interjects her own opinion. Other times, she raises issues, and I give my opinion. But at no time do we ever cross the line into evangelism for our worldviews. Most of the time, we’re just talking about topics from the perspective of our shared values and maybe trying to bring larger contexts or other information into consideration. It’s not adversarial; it’s collaborative. We can explore issues as equals, even if we don’t equally grasp certain subjects.

And I don’t think we’re alone in that. I have known other couples who talk about doing the same, even extending these discussions to their older children. Everyone understands that the intent is not to persuade but to engage in meaningful conversation, and if persuasion happens, it feels more like the personal achievement of individuals rather than coercion from another.

You don’t need a demilitarized zone. You just need an arena where no one has a reason to shoot each other.

Maybe it’s true for Clint that he shows his respect for others by trying to persuade them. That’s fine, I suppose, but it is by no means how everyone demonstrates their respect, and I would suggest that it doesn’t really show “genuine admiration” for someone when you don’t respect them enough to respect their boundaries.

Respect is Not a Binary Condition

Perhaps the biggest point of contention is that Clint suggests a sort of bait-and-switch, that respect here doesn’t mean “genuine admiration” for an individual. It is also the place where I think he gets it the most wrong.

When I think about the “genuine admiration” I have for others, I find it impossible to maintain a simple binary because that kind of respect is cumulative, the evaluation of the sum of a person’s traits. There is almost no one who I respect universally, whose every trait or belief is something I have “genuine admiration” for. A single undesirable trait, in the vast majority of cases, does not make someone unworthy of admiration.

I genuinely admire so many of my wife’s traits. I think she is incredibly generous, almost to a fault; she is immensely empathetic and compassionate; she is extremely devoted to our children and their well-being; she is intensely loyal, sometimes even in cases where loyalty is perhaps not merited; she is curious and thoughtful; and so on. I could make a huge list of things I admire about her. (And I hope that I’ve done enough to deserve a similar list.)

She also happens to be religious. So what? Simply put, if that were a non-negotiable for us, we wouldn’t still be married. But of course it isn’t, and it isn’t for many people in such relationships. For some people, it is, and those people generally aren’t in mixed-belief relationships. It is, to use a very crude analogy, a sort of natural selection, or at least it serves a similar function.

I don’t doubt that for many atheists, religiosity and/or theism (and for many religious people, irreligiosity and/or atheism) is such a huge character flaw that it constitutes an instant disqualifier of sorts for this kind of respect. I think this is misguided, but people have the right to decide for themselves what they find praiseworthy. But what they don’t have is the right to decide that for me or others in the same situation, and the assumption that all atheists or theists hold those hardline views is completely unfounded.

Ultimately, there seems to be a choice here:

Either (a) individuals in mixed-belief couples try to convert or deconvert the other; or
(b) They don’t really respect each other.

As I have already suggested, this is a false choice: Couples often do not (and should not) try to persuade each other, and persuasion is not necessary as a demonstration of respect.

I can’t help but think that this is an attempt to paint mixed-belief relationships as unhealthy to some degree or lesser because they somehow don’t achieve the “real intimacy” that people have when they really respect the views held by the other (presumably because they also share them). But to some degree, this just begs the question because it is trivially easy to find mixed-belief relationships that show all of the signs of respect for each other – unless, of course, you assert that attempted conversion to your way of thinking is a necessary sign of such respect.

The truth is that it is perfectly possible to have loving, committed relationships with people with whom you do not share worldviews and to have deep respect and admiration for them despite that difference. And the more we understand how that is possible, the better our relationships will be in general for it. 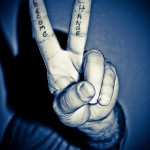 August 23, 2015
It Might Get Better, But It Hurts Now: Thoughts on Present Pain and Future Hope
Next Post

August 28, 2015 How Jesus became God (VIDEO)
Recent Comments
0 | Leave a Comment
Browse Our Archives
get the latest from
Nonreligious
Sign up for our newsletter
POPULAR AT PATHEOS Nonreligious
1

How Not to Let Cognitive Biases Control Us...
Protect yourself from poor COVID-related decisions by being aware of cognitive biases...
view all Nonreligious blogs
What Are Your Thoughts?leave a comment
Copyright 2008-2021, Patheos. All rights reserved.
error: Content is protected !!