The Truthiness of the Matter

The Truthiness of the Matter August 4, 2015 Galen Broaddus

In 2005, Stephen Colbert gave us one of the greatest lexical gifts in recent years when, in the pilot of his (much-missed) show The Colbert Report, he coined the term truthiness – a word that has such utility that it immediately exploded into common use in the media, even being voted the 2005 Word of the Year by the American Dialect Society and the 2006 Word of the Year by Merriam-Webster.

What Colbert was tapping into was a sense that the rhetoric of the time (remember that this was during the Bush 43 era) relied too much on appeals to emotion and intuition. In his “The Word” segment where he unveiled the term, Colbert explicitly mentions the infamous Harriet Miers Supreme Court nomination – noting then-President George W. Bush’s statement of Miers, “I know her heart” – and the Iraq War, both of which seemed like good ideas only if you didn’t think about them too much and just relied on how they felt “in your gut.”

This idea of truthiness seems especially to have resonance among those of us who give a high place to reason in our discourse and decision-making, those of us who point out logical fallacies with alacrity and pride ourselves on that ability. (I’m as guilty of this as anyone.) And I think it’s especially something that we secularists like to get a bit smug about, especially when we point out this kind of thinking – rightfully, much of the time – in the religious. You know, the kind of thinking that would suggest that a frozen waterfall split in three is evidence of the Trinity or that babies, thunderstorms, and flowers prove that God is real. These aren’t carefully considered ideas. They smack of “from the gut” reasoning. They’re “truthy,” not true.

I think it’s pretty simple to agree on this. But like most errors in reasoning, what is easy to identify in our ideological opponents is much harder to identify among ourselves.

At the risk of re-opening a nearly-month-old issue, I felt a bit this way when my friend and colleague Neil Carter started a much wider discussion about Lawrence Krauss’s claim that creationism is child abuse. (I’m not digging into this specific battle, but I fall where Neil initially did, as well as our mutual colleague Wendy Thomas Russell, which is to say that I’m very skeptical of this claim’s veracity.)

I followed the discussions fairly closely on Facebook and Godless in Dixie for the first bit, but I couldn’t help but notice how many people simply repeated the claim with absolutely no further discussion. (To be perfectly fair, there were quite a few people who did in fact raise interesting arguments in support of the claim. They aren’t the subject here, so readers are asked to be cautious of knee-jerk reactions.)

Regardless of whether good arguments could be articulated in the support of the claim, for many, just the claim itself was enough. And many others brought the teaching of hell as eternal punishment and torture into the argument, saying that creationism was not easily divorced from that doctrine, which – despite how facially reasonable that seems even to me – actually seems like good evidence of how the argument over the claim wasn’t really even about the claim but instead about its proponents felt about a general category (fundamentalism or evangelicalism or maybe even specifically conservative Christianity).

It’s not surprising – or even remotely blameworthy – that people with such strong negative emotions toward creationism or some broad category associated with it would make such a connection and thus such a judgment. But even so, these are conclusions drawn more “from the gut” based on our general intuitions – which may be completely well-founded, to be clear – than from intentional, reasoned discourse. And as natural as this may be, it’s also profoundly unhelpful.

I need to repeat one thing here: This is completely natural. The dual process theory of reasoning in psychology (perhaps best articulated by Nobel laureate Daniel Kahneman in his excellent book Thinking Fast and Slow) sets forth an intuitive system (sometimes called System 1), which functions automatically and largely unconsciously, with a significant emotional component; and a rational system (System 2), which is intentional, explicit, and logical.

There are plenty of useful functions for System 1 – being able to recognize certain configurations of symbols as intelligible words in a language you can read before you make an intentional effort to comprehend those words, for instance – but we generally want to engage System 2 thinking on issues like this. But the reality is, I think, that too often, we don’t. We rely on System 1 processes far more than we should – or than we admit.

That in itself wouldn’t be so bad, but man, is it ever exasperating when it comes from people who give such lip service to rationality and are so disdainful of those who they perceive as exceptionally guilty of this kind of intuitive thinking. (I would also probably agree that any equivalence here – insofar as any equivalence could be drawn toward such large groups as “religious” and “secular” –  is not warranted, so this shouldn’t be taken as an equal condemnation of non-theists or secular people, just a recognition that it does happen quite often to those “on our team.”)

This is hardly a theist/non-theist or even religious/secular issue, either. My friend Ed Brayton is now somewhat notorious on Facebook for pointing out liberal memes (and memes always seem to be the worst culprit for this) that just sound so right that they get passed along uncritically. Which is a recipe for runaway confirmation bias – not exactly what you want if you’re concerned more with truth than truthiness.

After I deconverted, part of my reflection was in that I had developed better skills for critical thinking than I had ever been raised with, but I had kept my theism at least (if not a bit more) in a more guarded place for me, mentally. I had compartmentalized to some degree: It was okay for me to start questioning the conservative Christian views on premarital sex or homosexuality or evolution or even hell, but using that same process on my core beliefs was not something that would come easily. I needed time to be able to break down that last wall.

That’s a pretty easy explanation, but I think it oversimplifies things. I don’t think I necessarily have broken down all those walls – nor have most of us, no matter how rational we think we are. Some of us are better or worse than others, but I doubt that many of us are completely innocent of this tendency.

And for some of us, old walls may give way to new ones. We may exchange our prejudices about atheists being immoral or ethically rudderless for ones where religious people are all deluded or “addicted” to religion or crazy or evil. When we stop questioning those ideas simply because they comport so nicely with our general worldview, we have given in to truthiness.

Fight the urge, my friends. Resist the easy acceptance of ideas that are too conveniently in line with your own inclinations. There is truth to be had – but only if we’re willing to look past the truthiness to what really lies beneath. 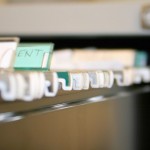 July 31, 2015
Labels are (Sometimes) the Barbed-Wire Fencing Around Free-Range Apostasy.
Next Post

August 5, 2015 The One Thing Evangelical Leaders Don't Want Christians to Know about Mixed-Faith Marriages.
Recent Comments
0 | Leave a Comment
"This site will be left as-is for anyone who wants to read the older posts. ..."
Joe Omundson Announcement: ExCommunications is Moving!
"Will the older content be transferred to the new site?"
Clancy Announcement: ExCommunications is Moving!
"It's a love for the Horror genre.Once I stopped believing in ghosts and exorcisms, those ..."
Steve Dustcircle What Makes People Long For the ..."
"> What Makes People Long For the ‘End Times’?It's a sado-masochistic revenge fantasy. And is ..."
Jim Jones What Makes People Long For the ..."
Browse Our Archives
get the latest from
Nonreligious
Sign up for our newsletter
POPULAR AT PATHEOS Nonreligious
1