Doubt Is Not a Spiritual Health Problem

Doubt Is Not a Spiritual Health Problem September 15, 2015 Galen Broaddus

This is a part of an ongoing series following a campaign going on in central Illinois called Room for Doubt. For more background, check out the first article in the series, Is There Room for Doubt? 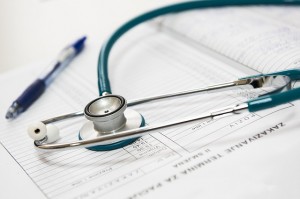 A week or so ago, I previewed the Room for Doubt program, making some predictions about what it would entail. This past Sunday (September 13) was the inaugural day of the campaign, and having watched one local church’s live broadcast, I realized that I had presumed a bit too much about how the program would be implemented in the twenty churches currently participating. As it turns out, my error gave me a more interesting opportunity to do some comparisons of how churches are presenting the message.

Out of the twenty churches, I decided to look at three churches to get an idea of how they handled the messages. (These were minorly limited by what churches put their services out as podcasts afterward.) I went with three churches of somewhat different traditions, although not as disparate as I would’ve liked: a United Methodist church, a Southern Baptist church, and a non-denominational evangelical church.* (You can check out the sermons for yourself if you’re feeling masochistic, but – to paraphrase an excellent podcast – I’ve listened to them so you don’t have to.)

Listening to and/or watching the various sermons from these churches made one thing clear: Pastors had a fair amount of leeway in how they handled the messages. (This leads me to believe that the core of the curriculum as prepared by Lincoln Christian University will be implemented in small groups, which wouldn’t be exceptionally surprising if that content is primarily apologetic in nature.)

For instance, the minister of each church (whose surnames I’m including below for ease of reference) chose a different passage of the Bible and set forth a different message, even though the message was essentially supposed to be the same (this week’s title was “The Upside of Doubt”):

As I expected, these messages were mostly inwardly focused, intended for churchgoers rather than the skeptics outside, but it’s also only the first week.

For all the widespread support, I found it strange that there seemed to be little agreement on what stance to take on doubt. Johnson explicitly said that it wasn’t okay to doubt but that doubts needed to be addressed regardless, while Kent brought up Mother Teresa’s “dark night of the soul” as evidence that doubts might just be something that always persists to some degree. There was some agreement about doubt being a matter of having unanswered questions rather than being about unbelief or skepticism, and in fact, Kent rather boldly contrasted doubt with unbelief by characterizing the latter not just as skepticism but as denial in the face of evidence. (The irony here does not escape me.)

But without going into their individual messages point by point, I thought that there were some interesting places of convergence that both gave away the shared skeleton they were working from (at least between Johnson and Kent).

Near the end of his message, Johnson mentioned an acronym that I felt compelled to write down:

Kent mentioned some of these same points as well, and a quick search of just the first point led to a “preview site” for a pilot of the series at a church in Indianapolis, which includes these points that I didn’t hear directly in any of the three local messages I heard:

2. What Causes Us to Doubt?

The virus of doubt can infect us through our minds—intellectual objections.

Doubt can infect us through our emotions—our faith slips when our feelings turn sour.

Doubt can develop because of our will—we choose to disbelieve and disobey.

Leaving aside the substance of these points, which are deeply disingenuous and perhaps even offensive to nonbelievers, look at the words being used: Virus. Infect. Course of treatment. Spiritual health.

And even the least pathologizing of these messages – Pastor Kent’s message – included little quips to “booster shots” for the congregation, which were essentially statements of encouragement to bolster one’s faith.

Look, I don’t expect to see eye to eye with these pastors on the issue of doubt. My initial thesis was that there might be room for a little doubt, a few questions either of little significance or of weak fervor, but not much. In this room, the ceiling is very low. But this isn’t being framed as just innocent questioning gone awry; skeptics are being characterized as “infected,” as spiritually “sick,” as people in need of “treatment.”

I get a lot of grief from some of my fellow atheists for pushing back against ideas like religious belief or theism being called a mental illness, but here is a great example of a similar impulse like the one that makes dealing with genuine mental illness so hard in evangelical circles: the idea that unbelief is a disease of the soul or the will. And even setting aside questions about the existence of the soul, it is a profoundly confused and harmful idea.

Perhaps the most exasperating thing about all of this pathologizing of unbelief is that I genuinely think that Pastor Kent got something very right in his treatment of why doubts can be positive (and I love to give credit where it’s due). In his message, he quotes this passage from Os Guinness:

[I]f ours is an examined faith, we should be unafraid to doubt. If doubt is eventually justified, we were believing what clearly was not worth believing. But if doubt is answered, our faith has grown stronger still. It knows God more certainly and it can enjoy God more deeply.

If this sounds familiar to you, it may be that Guinness has essentially taken John Stuart Mill’s argument for the free expression of ideas in the second chapter of On Liberty and applied it to religious faith: If faith is true, then it should come out stronger for having faced a challenge; if not, then it should be abandoned. And of course, the latter is precisely what we have done when we leave religion.

This is a stark contrast to what Johnson says in wrapping up his message from Jude:

A false teacher has nothing good to look forward to, only separation from God because they stand opposed to all that God desires to do. They stand opposed to the very way of God. Every false teacher, every false religion, every ounce of teaching that causes more questions, that focuses on us, that does not focus on Christ, is, as Jude put it, a danger to God’s way of things.

So how can we, gathered here this morning, even consider that there is room for doubt in this room? Friend, the only answer to that question is, the only room that is there is for doubt exists because we have the truth that you need; that there are answers that you require; that we as a church, me as a pastor, that our Sunday School teachers want to impact your life with the truthfulness of God’s Word that you don’t continue to live with that doubt.

How can these positions even be reconciled? This is not the liberty that Mill conceived of; it is a false liberty, the short leash of threats about one’s eternal salvation or damnation. Sure, you can ask questions, but you’d better find – and accept – the answers pretty damned fast.

If these three messages this week are any indication, then it sounds like more confusion is being sown than seeds of truth.

Given this fractured message, I suspect that the next weeks will bring more of the same: information filtered through the biases of the traditions being represented. I hope not to update each week on this, but if there are as many complications the next Sunday…well, I won’t make any promises.

*Full disclosure: First Christian is the last church I attended as a Christian and is in fact where I had my “deconversion experience.” 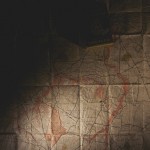 September 14, 2015
Exchanging the Legend: On Reinterpreting Our Religious Pasts
Next Post

September 20, 2015 On the Dishonest Engagement of Doubt.
Recent Comments
0 | Leave a Comment
Browse Our Archives
get the latest from
Nonreligious
Sign up for our newsletter
POPULAR AT PATHEOS Nonreligious
1

Josephus, and the Lies Christians Tell...
Roll to Disbelieve
Related posts from Ex-Communications