Exchanging the Legend: On Reinterpreting Our Religious Pasts 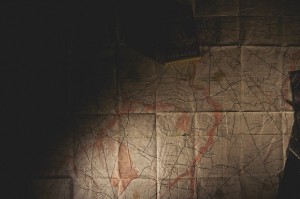 This one time, I thought I felt the Holy Spirit moving in me.

When I was in high school, one of my passions was music. I played in a handful of bands (all Christian bands, naturally), but one in particular was my baby, the one that I primarily wrote for and which was my main interest.

One summer, I managed to work it out so our band would essentially provide the music for the General Baptist church camp we would all be at. (It was a fairly small camp and ended up closing up a few years after that.) So we provided music for worship, which meant that the campers didn’t have to sit through hymns played on an old upright piano, and we played a few original songs as well.

We played one of those songs – a relatively uninteresting song I had penned called “Carry On” (no connection or similarity to the similarly-titled Kansas song) – on one of the first nights of camp that week, and it was maybe the closest thing to a religious experience that I’ve ever had.

It is somewhat difficult to describe, especially given that it’s been a decade and a half since I had this experience, but what I remember was this feeling of lightness, of detachment, of feeling outside myself. I was acting but not acting; doing but not doing. I was in motion, playing guitar and singing, but without practically any real feeling of intentional action. I guess you could say that it was like I was on autopilot.

Probably the more interesting part is that my two bandmates said that they had felt the same way. And so, given the religious atmosphere of the performance and my own evangelical background, I interpreted this in the only way I knew how: as the presence of the Holy Spirit.

Unlike Dylan, I didn’t have that much experience with charismatics, but I did grow up in Baptist churches where “the Holy Spirit moving” was a constant refrain. No one ever directly pressured me to feel the Holy Spirit, and they didn’t need to: Just the repetition of the sentiment was enough for me to consider that an expectation. I didn’t need to have someone imposing guilt on me for that; just listening to sermonizing from the pulpit did it for me.

This experience was therefore sort of the perfect confluence of these factors: I had never felt the Holy Spirit, I thought I needed to in order to be spiritually fulfilled, and the feeling was so incomprehensible and mysterious to me that I needed an explanation for it.

Reading the Map with a New Legend

One of the things that I think is pretty typical after deconversion (and to some degree in general as we reflect upon the past with a better informed perspective) is that we start to rethink not only how we see the world now but how we used to see the world. The markers on our journey haven’t changed, but we’re using a different legend to interpret them.

I don’t fault myself much for this because I had no other frame of reference by which to evaluate the experience. My upbringing pretty much ensured that. When you are told that the world is full of invisible forces fighting for your soul and that feeling the Holy Spirit is a sign of your own devotion and connection to God, yet you don’t feel or experience any of it and have a desire to do so, that can easily short-circuit any other impulse to look for natural explanations for strange things that occur.

At one point while I was still a Christian, I had this conversation about my “Holy Spirit experience” with some atheists on an Internet forum, and one in particular told me outright that they had had experiences like that both as a Christian and after deconverting. I didn’t disbelieve them, but it was a challenge to what I believed.

In fact, it would be several years still before I would find out about the phenomenon that psychologist Mihaly Csikszentmihalyi has dubbed flow – a phenomenon that, just like my experience, is characterized by an immersion in the activity, an almost effortless focus, and an accompanying sense of euphoria and joy. What felt like a transcendental experience was not a spiritual one but an optimal one, to use Csikszentmihalyi’s terminology.

I’m sure that there are many others, including many reading this post, that have had similar experiences that they can attribute to far more mundane reasons than the indwelling of a spiritual being.

This isn’t to say that our perspective will now become completely objective and informed having left religion; I am under no such illusion. And I’m sure that there are religious people who do the same, pointing at low points in their previous non-believing life as the work of God or Satan (does it make a whole lot of difference which one?). But I don’t think any of this delegitimizes the process of re-evaluating our experiences in light of new information, and in fact, it is how we learn and make sense of our whole lives, which is a good in itself that I wouldn’t want to abandon.

What experiences do you have that you had to reinterpret after leaving religion? We’d love to hear your stories in comments or on our Facebook page.

September 11, 2015
Plato's Cave and the Modern Science [Video]
Next Post 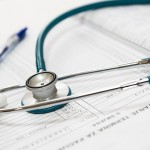 September 15, 2015 Doubt Is Not a Spiritual Health Problem
Recent Comments
0 | Leave a Comment
Browse Our Archives
get the latest from
Nonreligious
Sign up for our newsletter
POPULAR AT PATHEOS Nonreligious
1