A few years ago, my colleague Hemant Mehta wrote a post over at Friendly Atheist entitled “The Christian Church Won’t Become More Inclusive… and That’s Good for All of Us,” which was a response to a Christian writing about how anti-gay attitudes were hurting the church (which is demonstrably true). When I first read it, I had been an atheist for only a few months, but I remember that its thesis struck me even then:

I understand this logic. Part of what is so frustrating about modern Christianity, certainly in America, is that it is still so intertwined with politics – to be honest, both on the left and the right – and the fact that Christianity is so fragmented on social issues like abortion and gay marriage means that its political might is weakened, and that benefits those of us who don’t want to live under de facto religious law.

That’s all fine. But I confess that while I would like to see Christianity and religion in general fade away, I have bigger concerns.

This is an issue that I’ve been thinking about nearly as long as I’ve been an atheist, but there have been a few instances just in the past week that have brought it rushing back to me.

Despite an initial “purge” (of sorts) of Christian friends when I first deconverted (mostly out of fear of being outed), I still have a fair number of friends who are religious, mostly Christians of some stripe. (I even have a priest, a pastor of a mainline church, and a missionary as friends, none of whom have ever spoken ill of my atheism or my secular activism and writing.) And while I am often uninterested in religious conversations, occasionally I will find myself floating in and trying to provide an outsider’s perspective.

Just recently, my missionary friend linked to this RELEVANT article, which refers favorably to the idea of “shared brokenness,” elevating it in importance over “shared beliefs” (although, as someone pointed out in a comment to this shared link, the idea of “shared brokenness” is itself the result of a shared belief). Typically, when my Christian friends post something that is clearly meant for those still in the fold, I abstain, but I couldn’t help myself and added in, as diplomatically as possible:

I like the spirit of this, but I have a hard time with the “brokenness” language that is still so common in evangelical circles. I wish that Christians would frame it differently because I think the idea that everyone is “broken” can actually be quite harmful.

Not too long after, another Christian friend raised the same issue, and I again took the opportunity to point out how doctrines like penal substitutionary atonement and original sin contribute to this view of humans as fundamentally broken, only capable of right action by divine intervention (and yes, that even includes nonbelievers). Both friends were sympathetic to what I was saying, even if others weren’t as much.

I suspect that some atheists would find this silly at best. I can practically hear the responses already: Why would you play the game of arguing about the finer points of unfalsifiable theologies? Isn’t that just legitimizing religious thinking? Wouldn’t it be better to just let religion continue to make egregiously false claims and treat doubters or women or LGBT or whomever so badly that people see the whole enterprise as rotten to the core? Wouldn’t it be better to let religion flame out so that we can get to an atheist world more quickly?

And to the last point in particular, I say no.

When I hear people talk about how they oppose religion, there are often several reasons that they cite: Religions propagate the idea of “faith” as a positive virtue rather than as a hindrance to sound thinking; religions subjugate women and LGBT and doubters and heretics; religions often stifle innovation and progress; religions promote ideas that are psychologically harmful in addition to being false; religions give a false hope of a life beyond the grave. (And so on; I couldn’t possibly list all of them.)

But if you boil most of these down, you get this: Religion hurts people. (In some cases, it even kills.)

Virtually no one, however, argues that all religion or all religious belief hurts people equally. The belief that all people are God’s beautiful, intentional creations is clearly not as harmful as the belief that all people are fundamentally broken and evil and in need of salvation. Even the staunch anti-theist is generally able to see the gradation of harm that exists. A religious organization that unequivocally affirms the morality of same-sex relationships is, all else being equal, clearly less harmful than one that calls same-sex attraction “disordered” and denies the same legitimacy to committed same-sex couples that their opposite-sex counterparts enjoy.

So if I have an opportunity to help nudge a religious person toward beliefs and theologies that are demonstrably less harmful, you better believe that I’ll take it.

That’s not to say that I would judge anyone for not following suit, of course. I came out as an atheist, and I don’t expect everyone to do that, either, despite thinking that coming out has a positive effect for atheists and even for doubters. I wouldn’t expect everyone to be willing to attach their given name to their public interactions on atheist blogs or social media – Google searches for my name aren’t liable to be clean of that association for a while, for better or worse – even though I did just that.

This is all a matter of priorities for me. I do things like write for this blog and volunteer for the Hotline Project (which caters to believers and nonbelievers alike) and answer E-mails from random people who read what I write because I care about helping people, even if those people aren’t atheists or secular. Certainly, I will absolutely have arguments with people over issues about religion (indeed, I’ve been having some quite recently here on this blog), but arguments about religion or theism aren’t everything, in my opinion. Sometimes it makes a bigger difference to try and mitigate harms rather than to engage in a full-scale attack that is unlikely to succeed on its own. (Additionally, if they do end up rejecting religion, there is less to “recover from.”)

And certainly, nothing in this approach says that we can’t try to erode the privilege that religion holds on our public discourse and our politics, as Hemant hoped for two years ago. There are other methods of harm reduction besides trying to convince individuals that religion writ large is false and dangerous.

If religion is going to die – and I am not a wide-eyed optimist on that front – then it will die because it fails to be useful or because it fails to hold the authority it has held for so long. In the meantime, people will continue to be harmed by its more toxic ideas. If I can help limit those harms on any scale, no matter how small, then I think that’s worth it.

September 20, 2015
On the Dishonest Engagement of Doubt.
Next Post 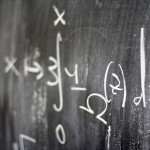 September 23, 2015 The Algebra of Post-Deconversion Relationships
Recent Comments
0 | Leave a Comment
"This site will be left as-is for anyone who wants to read the older posts. ..."
Joe Omundson Announcement: ExCommunications is Moving!
"Will the older content be transferred to the new site?"
Clancy Announcement: ExCommunications is Moving!
"It's a love for the Horror genre.Once I stopped believing in ghosts and exorcisms, those ..."
Steve Dustcircle What Makes People Long For the ..."
"> What Makes People Long For the ‘End Times’?It's a sado-masochistic revenge fantasy. And is ..."
Jim Jones What Makes People Long For the ..."
Browse Our Archives
get the latest from
Nonreligious
Sign up for our newsletter
POPULAR AT PATHEOS Nonreligious
1