The Algebra of Post-Deconversion Relationships

One of the inexplicable side effects – or maybe not, I don’t know – of doing the writing that I do here (and to a lesser extent, the other secular work I’m involved in) is that I sometimes have people who send me private messages and E-mails wanting to talk out issues or sometimes even ask for advice.

A lot of my advice is built off of what I have seen from others, since I am under no illusions about my expertise in these matters, but there is one piece of advice, borne out of my experience deconverting and immediately grappling with that as well as my newly-mixed marriage, that I think might be broadly useful for anyone trying to navigate relationships after leaving faith.

It also involves a little math…sort of. (Mathphobes, I promise, I’ll be gentle.)

Dealing with the Unknowns

Unlike many people who deconvert, I had virtually no incubation period between the realization that I didn’t believe in God anymore and the time that I told someone else for the first time. In my case, it was literally less than the length of a church service – because I had my epiphany in the middle of a worship song (not entirely unlike this person’s experience) and told my wife that I didn’t believe as we pulled out of the parking lot. This was not the most prudent way to come out to my wife, but that’s how it happened. (I sometimes joke that my first act as an atheist was a leap of faith. It could have gone much worse for us.)

As my wife and I were trying to navigate and renegotiate this new dynamic, the part that seemed so stressful for her in particular is that this was so new, almost to the point where she had no idea what to expect. When I insisted to her that “I’m still the same person you married,” it was for this reason: She couldn’t be confident that this was the case anymore. I was now, to some degree, an unknown quantity.

Some might argue – and some have argued to me in the past – that this is not an equitable dynamic, that it presumes something about the nature of nonbelievers or atheists, that the burden of assuaging fears falls disparately on the deconvert, particularly at a time when she may have enough to disentangle from her prior religious life. I don’t deny any of this, but the reality is that while I think more work could be done to help the religious fight their tendencies to force secular people to prove themselves, deconverts do shoulder the majority of this load. To insist that deconverts not make any effort to adjust in order to help their religious loved ones cope is to severely diminish a major way that the relationship can be sustained.

So how do you do this when your loved one sees you as one big question mark?

Think back to your algebra. Your standard algebraic equation has two major components: constants and variables. The part you probably always hated were the variables (who the hell decided to throw letters into math?), since the constants were the things you were familiar with…you know, numbers.

Why were the constants easier to work with? Their values were known. Variables are the tricky parts; they represent the gaps in our knowledge, the things we must set out to discover lest we fail the next test.

How then do you find out those unknown values? You do it by contextualizing the unknown in terms of what is known.

And therein lies the advice I have for those who are trying to navigate new waters as deconverts coming out to spouses, significant others, friends, family, or whomever: Provide a framework for others to view your deconversion not as a complete change of character but as something wholly consonant with a part of you that they did know.

Ultimately, this shouldn’t (hopefully) be a difficult endeavor because that’s just how deconversions tend to happen. It’s rare that I ever hear someone talk about their deconversion as a sudden, complete shift in personality; leaving religion is often gradual and requires a certain degree of development. And something was surely at the root of that. (If you don’t know what that is, I think that it’s worth figuring it out before you put yourself in a situation where you have to explain it to someone else, especially under duress.)

For me, my deconversion was the product of a deep desire to match up my personal convictions with the best possible reasoning and evidence. For some people, their deconversion is driven by a passion for justice, which they cannot reconcile with the suffering in the world and any version of deity they’ve ever heard. And there are myriad other motivators for different individuals.

If you are known for traits like these, then that is the continuity that may provide a basis for understanding, and for better or worse, that may be what you need in order to sustain the relationship.

As with virtually any advice on relationships, this is by no means a silver bullet, but it’s one way that you might be able to deal more effectively with a stressful situation at a time that is likely to be stressful enough already. 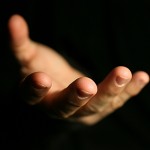 September 24, 2015 On the Dishonest Resolution of Doubt.
Recent Comments
0 | Leave a Comment
Browse Our Archives
get the latest from
Nonreligious
Sign up for our newsletter
POPULAR AT PATHEOS Nonreligious
1

“First Moments in Heaven” — When...
Godzooks: The Faith in Facts Blog
Related posts from Ex-Communications