We Didn’t Expect Some Kind of Spiritual Bliss 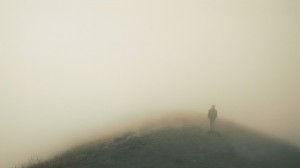 Cassidy’s last post is a great demonstration of one of the quite common experiences of the ex-religious: the attempts of the still-religious to explain (or, at their most polite, inquire) why we left religion in the first place. Passing the blame to poor representatives is just one way that this is executed, but I think that there is an even bigger factor at play: expectations.

Actually, let me step back just a second: One of the most insidious aspects of most ideologies is that their proponents tend to attribute successes to the ideology and failures to the actions or the imperfect execution of the ideology’s principles. This approach (which is often unconscious) serves to insulate the ideology itself from criticism, at the risk of throwing its adherents under the bus.

So when Cassidy talks about the “bad Christian” canard, she’s pointing out how Christians (and this is true of other groups as well) deflect criticism from the ideology to some other adherent who obviously wasn’t living out the philosophy well enough. The subtext here, if it isn’t said explicitly, is this: “What did you expect? We never said that all Christians were perfect.” And of course, that particular person can do better, or their religious group can, or something. If you then still decline to look further, you look like the closed-minded one.

See what I said about it being insidious?

This approach – implying that those who reject a religion had too high of expectations for it – is depressingly common and arguably gaslighting, for reasons I’ll explain momentarily.

Cassidy brought up the “bad Christians” canard, but as a further example, I recently encountered someone who suggested that people who deal with serious doubts might be struggling because they erroneously think they should “enjoy spiritual bliss.”

There are a variety of problems with this accusation, but before I dig into any of them, the first thing I would ask anyone who thinks this is simply…

Where do you think we got our expectations about religion?!

But the bigger problem is that this is incredibly presumptuous and more than a bit condescending, as if to say, “Silly heathen, we never promised you a rose garden.”

I never converted to Christianity or any religion, having been born into the former, but I can tell you that I heard it said plenty of times that, as Longfellow said, “Into each life some rain must fall.” At the same time, you could have felt quite differently if you listened to the average testimony from a convert: the feelings of relief and ecstasy and joy that they felt when they came to know the truth. (And we understand those experiences, too.)

In other words, you should come to religion because you will feel the love and joy of God, until the buzz wears off, and then why’d you ever have such high expectations?

As I said before, gaslighting. (There seems to be a bit of a pattern there.)

I won’t pretend to speak for all ex-Christians here. As with the “bad Christians” canard, there may be a kernel of truth in some situations. Maybe there are some people who were turned off from Christianity because of the people in it (but most likely the message as well), and maybe there are some people who expected religion to eradicate unhappiness and dissatisfaction from their lives. That wasn’t me, and I doubt it was true for many other ex-religious people.

But many of us also didn’t expect religion to add to that dissatisfaction by compounding it with hypocrisy, harmful ideas, and even completely gratuitous lies.

Furthermore, it’s not true that no one is saying that we should expect religious people to be happier. We still see articles suggesting that religion brings sustained happiness, even though the empirical evidence indicates that prosociality may not be so connected to religion after all.

I understand that there’s a tendency to want to explain these differences in emotional terms (certainly, Conservapedia’s list of causes of atheism seems awfully fixated on those – and communism, of course), and I don’t deny that emotions play a big role in decision-making. But presuming that our reasons are emotional and not intellectual, despite the fact that we often have a better understanding and knowledge of our religious texts than those who remain in the fold, is patronizing.

So, religious people who are searching for answers, I would recommend this: Don’t pretend that you intuitively know why we left or why we don’t accept your religion as true. Ask us. Read what we’ve written. Listen to what we’ve said. Don’t try to trivialize our doubts just so you can have a more palatable answer for your own sake.

Most of all, stop trying to make excuses for us. Attend to your own house. 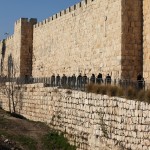 September 29, 2015
The Bait and Switch of the "Bad Christians" Accusation.
Next Post 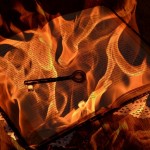 October 2, 2015 In Defense of Bad Expressions: A Banned Books Week Meditation
Recent Comments
0 | Leave a Comment
Browse Our Archives
get the latest from
Nonreligious
Sign up for our newsletter
POPULAR AT PATHEOS Nonreligious
1