If This is Your Best Argument, You Have Nothing to Offer Me

If This is Your Best Argument, You Have Nothing to Offer Me October 15, 2015 Galen Broaddus 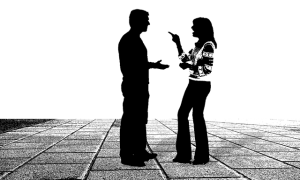 As a naturally argumentative person (and former educator who taught persuasion), I am very interested in the arguments and rhetoric that others use, especially religious people toward nonbelievers. I’m not frequently surprised by the arguments I hear because I’ve heard (and sometimes made) them so many times. Indeed, some of the common arguments, in addition to being ridiculously flawed, are virtually clichés.

Case in point: One of my friends (a Christian who doesn’t hesitate to engage in internal criticism of Christian culture) recently shared this tweet from an account called Bible Students Say:

[from partially obscured screenshot] Sometimes people have to hit rock bottom before they finally feel and accept the love and reality of God, and for many nonbelievers at the end of days, losing their loved ones or watching them disappear will indeed be their rock bottom.

I hope I don’t have to explain in depth why this view is despicable, but if you want some thoughts on that, my colleagues Peter Mosley and Neil Carter have both written quite eloquently on the topic.

Ultimately, I find myself perplexed at this position because it seems to reveal a deep vulnerability and insecurity.

Part of what makes this stance so disgusting is that it not only attempts to justify why nonbelievers would suffer but in a way it wishes for that kind of suffering. This is a view that so prioritizes the idea of “brokenness” that, if a person doesn’t accept that they are spiritually or morally “broken,” they are better off being so harmed that a physical, mental, or emotional brokenness becomes their reality. It is the actualization of the common atheist meme that “Religion breaks your leg and then offers to sell you a crutch.”

But consider what the implication of this idea is from the perspective of someone trying to persuade another person to believe as they do. They are admitting that it will take a state of utter desperation before these ideas will seem acceptable.

Why should I be compelled by a claim that I would believe if only I was suffering enough? You might as well be saying, “This will sound like a good enough idea once you get so intoxicated that you can’t walk straight.” If I have to be under duress to accept your religion, that speaks not of its strength or power but of its weakness, its inadequacy, its impotence.

And ultimately, I just feel bad for you for making the appeal in the first place.

Similarly, in just the past several hours prior to the writing of this piece, I’ve had a Christian (quite randomly) quote Scripture liberally at me, only to insist (after I pointed out the futility of quoting Scripture at an atheist) that they weren’t trying to persuade me because only God can do that.

So, what, it would take a literal miracle for your religion to be convincing? That doesn’t inspire confidence in me, either.

As I’ve said before, I have no problem engaging the religious, especially if it helps them to come to conclusions that are more rational. But when it comes to arguments like this, my impetus is more selfish: These bad arguments are damned annoying, and I want Christians to stop using them with me and other non-Christians.

More importantly, I want Christians and religious people to think about the bad arguments they’re making and reflect on this: If this is the best you can do, your religion has nothing to offer me.

Maybe that means that they’ll find better arguments – those certainly exist, even though I don’t personally think any I’ve heard are really compelling. Maybe it means that they’ll do what I did and start to challenge their own conception of their beliefs because of the weakness of the arguments.

And maybe, just maybe, they’ll stop bothering the rest of us with them. 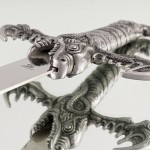