In Defense of Bad Expressions: A Banned Books Week Meditation 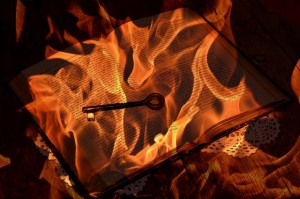 For five years, I taught high school English in a small rural district in Illinois. During my tenure there, one of my main goals was to improve student reading by leveraging student choice, and because our school had virtually no library budget, I expended a fair amount of effort (and money) to build a classroom library that contained books of diverse topics that I thought might appeal to students.

Over time, I acquired a number of young adult (YA) books that I personally came to enjoy. I’ve long been an unabashed fan of John Green, who hooked me with his debut Looking for Alaska and has continued to impress with later works like Paper Towns and The Fault in Our Stars. (These have been popular enough that the last two have been turned into major motion pictures, with Alaska currently in development.)

In having many of these books in my classroom, however, I faced a possibility that has played out in classrooms and schools all over the country: censorship.

This past week (Sept. 27-Oct. 3) has been Banned Books Week, in which schools and libraries celebrate “the freedom to read” and bring light to censorship efforts in schools, bookstores, and libraries. This initiative is supported by a coalition of major library organizations (such as the ALA), publishing organizations, anti-censorship groups like PEN and NCAC, and the largest professional English teacher association in America, NCTE (of which I was once a member).

Even though I was very conscious (and vigilant) about the possibility of censorship with the books in my own classroom, I always participated in this week as a teacher, which sometimes just meant talking about books that had been challenged. I could always take more than a few off my own shelves: Looking for Alaska; Persepolis by Marjane Satrapi; The Absolutely True Diary of a Part-Time Indian by Sherman Alexie; The Kite Runner by Khaled Hosseini. And even still other books were in my library which covered topics that I knew might be controversial and thus vulnerable to challenges, books like Rainbow Boys by Alex Sanchez, which features three gay characters and includes discussion of unsafe sex, HIV/AIDS, and coming out; and Luna by Julie Anne Peters, which is about a girl whose sister is secretly a transgender girl.

So I was quite disappointed to see this post by Patheos Catholic writer Artur Rosman, in which he lists 15 books he’d ban for Banned Books Week.

First, a few caveats: Rosman was inspired to make his list by this post by Matthew Schmitz, which in its snark gets a lot of the details wrong (particularly in its characterization of who promotes this week and of what kind of censorship happens in schools in particular). It also appears to be that Rosman is taking the suggestion with tongue firmly planted in cheek (and Schmitz may well have meant the list to be humorous, especially given the inclusion of Mark Twain at the end), so what follows should not be read as a strong denunciation of either so much as a statement about the value of the exercise itself.

I could quote at length from Schmitz’s rationale for the exercise, but this paragraph in particular gets at the root of the problem:

Free speech is not absolute. Our attempts to deregulate our public culture have only led to new and more bizarre restrictions on speech. Shedding restrictions on obscenity has only led to the more tyrannical notion of “triggering.” Abandoning standards for public decency has hastened the embrace of political correctness—a category even more susceptible to ideological control. Because words, ideas, and images all matter, humans cannot tolerate a total free-for-all. Pretending that they can has only led to irrational, back-end restrictions on speech that would have been unthinkable in earlier times. “Banned Books Week” only furthers our delusions that a laissez-faire approach to standards will allow excellence to thrive.

You read that right: Because some ideas are now “restricted” in terms of respectability, it would be better to instead regulate which speech is permitted at all.

Most of us consider the right to free expression to be a fundamental human right, but I’ve always thought that the pragmatic argument for a free marketplace of ideas made by John Stuart Mill in his treatise On Liberty provides even better justification:

If all mankind minus one, were of one opinion, and only one person were of the contrary opinion, mankind would be no more justified in silencing that one person, than he, if he had the power, would be justified in silencing mankind. Were an opinion a personal possession of no value except to the owner; if to be obstructed in the enjoyment of it were simply a private injury, it would make some difference whether the injury was inflicted only on a few persons or on many. But the peculiar evil of silencing the expression of an opinion is, that it is robbing the human race; posterity as well as the existing generation; those who dissent from the opinion, still more than those who hold it. If the opinion is right, they are deprived of the opportunity of exchanging error for truth: if wrong, they lose, what is almost as great a benefit, the clearer perception and livelier impression of truth, produced by its collision with error.

It is necessary to consider separately these two hypotheses, each of which has a distinct branch of the argument corresponding to it. We can never be sure that the opinion we are endeavouring to stifle is a false opinion; and if we were sure, stifling it would be an evil still.

If we recognize our infallibility and have a desire to hold true beliefs, then freedom of expression is necessary.

I get that Schmitz and Rosman are trying to be humorous. I keep waiting for the punchline to drop, but I honestly can’t find one. Maybe it’s the fact that Banned Books Week also coincides with International Blasphemy Rights Day, a day when we stand in solidarity with those whose freedom of speech really has been restricted in a variety of countries around the world. (And unlike the largely fictional restrictions on speech that Schmitz describes, these seem practically unthinkable now, in the present day.)

Even in jest, making light of censorship mocks those who do actually suffer real, present harm for their simple acts of expression, ones that most of us in more privileged countries regularly take for granted.

And who suffers the most under this authoritarian stance? Those in the minority. In many countries around the world, I could readily be punished by the government for daring to stand up as an atheist, just as Alexander Aan and Raif Badawi were in Indonesia and Saudi Arabia, respectively. And atheists are hardly the only group affected by these laws prohibiting blasphemy or apostasy.

Consequently, I won’t be playing this game of “Books I Would Ban If I Were a Totalitarian.” Instead, I’m going to keep demanding the right to the free and open expression of ideas – even the bad ones – for everyone. 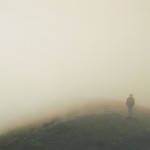 September 30, 2015
We Didn't Expect Some Kind of Spiritual Bliss
Next Post 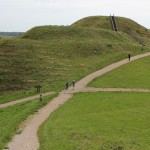 October 11, 2015 We Are All Recovering on Different Paths and Points
Recent Comments
0 | Leave a Comment
Browse Our Archives
get the latest from
Nonreligious
Sign up for our newsletter
POPULAR AT PATHEOS Nonreligious
1