The Burden of Religious Guilt

Guilt is a heavy burden to bear. It can eat away at you emotionally, negatively affect your health, and put a strain on your relationships. 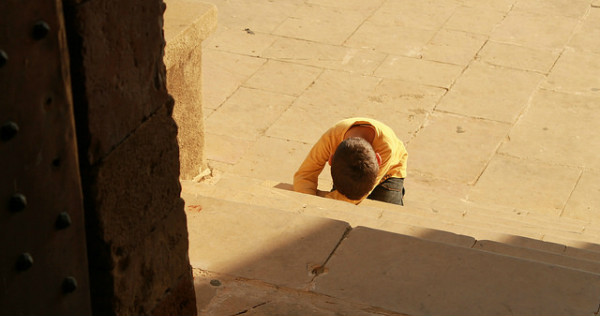 I’ve been thinking about guilt—and religious guilt specifically—a lot recently. I’ve long known that guilt has weighed on me since I was a child, but I’ve just recently become aware that many of my peers share this same guilt and struggle with the very same thoughts and emotions I do.

So I wanted to start at the beginning. Where did these feelings of guilt come from?

I grew up in a conservative church. Specifically, it was a Church of Christ. I distinctly remember why I became a Christian. Many of my church friends talked about how they were motivated by love for Jesus, and how because he was their best friend they felt the need to draw closer to him.

This was not the case for me. Instead, I was completed motivated by fear and guilt. I wanted so badly to avoid hell that I was willing to do anything to make sure I didn’t go there. I was twelve years old at the time, mind you. I was a pre-teen struggling with thoughts of death and eternal punishment.

But let’s look back for a minute. My relationship with guilt started well before this, when at eight years old I was sexually assaulted by one of my friends. Now as an eight-year-old this is a very scary and confusing thing in the first place, and stacked on to this were the messages I was hearing in church: “Boys who kiss boys are gay, and gay people go to hell!” This brought the fear of hellfire out of the obscure for me, and directly into my day-to-day thoughts. I have friends who are gay who grew up in the church, and these messages not only instilled constant guilt into them, but began fostering thoughts of self-hatred as well.

Fast-forward to twelve-year-old me. All of the adults I knew talked about sin and hell and the unworthiness of mankind as if these things were undisputed facts. The message was repeated on a weekly basis: humans are worthless and our human nature is sinful. Even one step over the ambiguous line of “sin” would send us to hell. The terrifying thing is that children are taught that things outside of their control will send them to hell.

So unsurprisingly, I did what every authority figure around me said I needed to do. At the age of twelve I was baptized and committed the rest of my life to following after the perfection of Jesus. He was, after all, perfect. And we were told to imitate him. Perfection was our goal.

But no one is perfect. This means that an unattainable goal was put before me: be perfect, or hell awaits you.

I bring all of this up to make a point. It’s no wonder that I and many of my peers struggle with self-doubt and anxiety. From the time we can form our first rational thought, we are bombarded with messages about how in the eyes of God we are not good enough. We are not worthy of his love. Any little sin we commit is responsible for the horrible death of Jesus. If we slip up once and “sin,” we will burn forever in hell. The Bible itself says that “All have sinned and fall short of the glory of God” and “Wide is the gate and broad is the road that leads to destruction.”

When the stakes are this high, and all authority figures are sending this message on a weekly basis, what other option does a child have? In America, it is accepted that children under eighteen are not allowed to vote. This is partly because children’s brains are still developing even past this point, but also because their life experiences have not shaped their worldview enough for them to make an educated decision. If this is true on a political level, why would it be even remotely appropriate to force a child to make a decision regarding their eternal soul, often before they even reach puberty?

I am in my thirties, and I am just now starting to figure out how to live without guilt. I know this will be a process, but I am glad that I have at least started to be free of the burden I’ve been carrying all my life. I hope to be able to help others who may be a bit behind me on this journey. We were robbed of our emotional well-being when we were lied to and told we unworthy. We were done a disservice when our value was placed on things outside of our control. We were weighed down with guilt when we were told to be perfect.

If you’ve read this and any of it has resonated with you—or even if it doesn’t, but you still struggle with guilt or self-doubt—I want you to know: you are not guilty, you do not need to be perfect, and you are worthy of love and happiness. 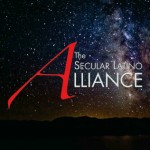 March 19, 2017
Latino Out Of Water: From Superstitious to Atheist
Next Post 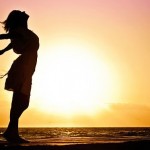 April 2, 2017 Self-Led, Fulfilling, Free: My Life as an Atheist
Recent Comments
0 | Leave a Comment
"This site will be left as-is for anyone who wants to read the older posts. ..."
Joe Omundson Announcement: ExCommunications is Moving!
"Will the older content be transferred to the new site?"
Clancy Announcement: ExCommunications is Moving!
"It's a love for the Horror genre.Once I stopped believing in ghosts and exorcisms, those ..."
Steve Dustcircle What Makes People Long For the ..."
"> What Makes People Long For the ‘End Times’?It's a sado-masochistic revenge fantasy. And is ..."
Jim E Jones What Makes People Long For the ..."
Browse Our Archives
get the latest from
Nonreligious
Sign up for our newsletter
POPULAR AT PATHEOS Nonreligious
1