Questioning the Nature of God: My Deconversion, Part 1

Where do I start? It’s hard for me to even pinpoint exactly where my deconversion started. I can’t land on an exact day or moment that I can say was pivotal in starting to change my worldview. But I do remember the first thought I had which showed things were not okay: “How can we be so confident we are right?”

Those who are familiar with conservative Christianity might understand the sentiment behind that question. For those who are not, allow me to explain. In the particular sect of Christianity I was raised in, we were taught to believe that we had found the truth. We had been diligent enough in our study of the Bible to know what God’s true will was. We understood how he wanted to be worshipped, how we should live our lives, how we should minister to others, and so on.

Other Denominations: Doomed to Hell

Anyone outside of our sect was spoken about in one of two ways: either they were intentionally twisting the Bible to fit their worldview, or they had not yet been taught how to correctly read and understand the Bible. When pressed hard enough, the teacher and preachers I grew up with would admit that they believed we were the only ones who would make it to heaven. Although others may have had pure intentions and have truly wanted to worship God, they had not landed in the correct sect and would therefore be sent to hell.

This bothered me. I would drop questions in Bible study in an attempt to wrap my mind around how this could be true, without fully revealing my slowly growing doubt. The answers I heard only fed the fire.

People would say that God created us and asks only that we worship him. “If that’s the case,” I would think, “then why would he possibly be so bent out of shape and accept one person into heaven, but send another to hell simply because they sang a worship song to him while using a guitar?” (The sect that I was raised in believed that using any sort of musical instrument while worshipping God was a sin. In their eyes, having a praise band or even simply using a guitar in a worship service was an offense worthy of eternal punishment.) 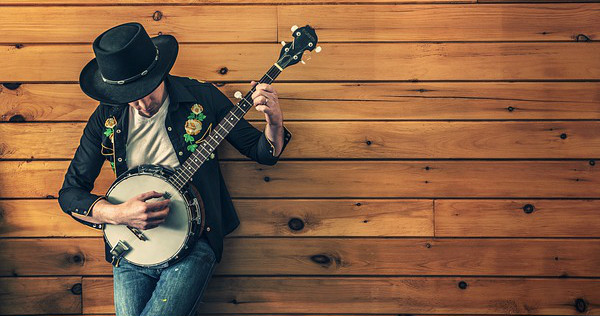 People would make statements like “Doesn’t God have the right to demand a specific form of worship?” Or “Have you read in the Old Testament where God killed people who worshipped him incorrectly?”

With all of the religious sects and branches of Christianity, there is a massive group of people who worship God with all of their heart, and only a few of them are lucky enough to go to heaven? I know that most of the people in the churches I grew up in would shake their heads at my reasoning here. I know that in the past I quietly pitied people who had these thoughts. But the more I studied and the more questions I asked, the more about God’s nature I questioned. This is what finally broke me.

The Contradictory Nature of God

If you ask someone to describe God to you, most likely you will hear common themes. God is loving and forgiving. He is like an adoptive parent. He is a father calling us home to peace. Other times he is described as vengeful, a burning fire, judgment, one who will cast people into outer darkness. The people I grew up with held all of these views. God is loving, while also vengeful; forgiving, but also a burning fire of judgment; etc. This used to go right over my head, and I didn’t give it much thought. But I thought about it more as my certainty that my group alone had salvation began to fade.

At this time I was in college, and I truly wanted to know what God wanted me to do. I would pray aggressively every day, asking him to show me his will and truth. I would get frustrated every time I went to worship and someone made an “us versus them” comment, condescendingly talking about other denominations and how sad it was that they had not interpreted the Bible correctly. I remembered hearing prayers from people in various denominations when I was growing up, and something started to gnaw at me.

I had been taught that God only answers the prayers of his children. He only listens to those who are truly doing his will and worshipping correctly. All other prayers fall on deaf ears. People would quote John 9:31, which says that God does not listen to sinners; he only listens to the godly person who does his will. This bothered me for a couple of reasons.

If God only listens to the prayers of “godly” people, how can so many people claim that their prayers have been answered? I have heard testimonies across the religious spectrum of God answering a specific prayer that someone prayed. These testimonies are not limited to any one sect of Christianity, or even to Christianity itself. People everywhere, of all different religions, make this claim. How can this be true? Are they deluding themselves into thinking that chance and random circumstances are actually God? Or was God actually doing something we were told he didn’t?

A deeper issue to me was what I saw at the core of this statement. God only answers those he deems to be godly. This means that if someone who was not following God was in a terrible situation, hopelessly lost and in danger, any pleas for help or mercy would go unheard or ignored.

I was terrified at the implications of this. I began to research prayer, and what I found scared me. People have been studying the efficacy of prayer for quite some time, and researchers across the board have found no increase whatsoever in the health or recovery of people who have been prayed for. To think about this logically, if God was answering prayers, then there would be at least one group who would recover more quickly from illness, as prayers are constantly being made in churches across the country for God to heal church members. But this is not the case.

People would often make the claim that “Sometimes God just says no; this is why you don’t see prayers answered in the way that you would expect.” This bothered me even more. So a child is terminally ill, a prayer is made for their recovery, and God says “no.” How could this be? Why would God do that?

The sect I was raised in does not look favorably at questions like mine. People would say:

“God’s ways are higher than our ways.”

“We’ll understand when we get to heaven.”

Some people would even make the claim that God was trying to teach us a lesson, or that we could grow and develop a deeper relationship with God through these things. That bothered me the most.

Around this time something terrible happened. I had a nephew with cerebral palsy. I do not want to get into details about his condition; suffice it to say that he was not able to walk, speak, or feed himself. He died at the age of six. When I heard that he was dying I felt everything fall apart. I cried while driving home from work that day and felt deep sadness and anger. After he died, at the funeral, I remember seeing him in the casket and being unable to hold myself together. My brothers and extended family were there hugging me and telling me that he was in a better place right now, his suffering was over, but I could not shake a sinking feeling that was coming over me. 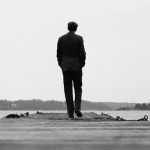 April 16, 2017
Disillusioned: From Church Leader to Unbeliever
Next Post

April 30, 2017 Searching for Answers: My Deconversion, Part 2
Recent Comments
0 | Leave a Comment
Browse Our Archives
get the latest from
Nonreligious
Sign up for our newsletter
POPULAR AT PATHEOS Nonreligious
1

'Provocative' critic of Islam stabbed at...
The Freethinker
Related posts from Ex-Communications