Searching for Answers: My Deconversion, Part 2

During the weeks and months after my nephew’s passing I continued to mull over my doubts on the nature of God and prayer. I had been aware of the fact that children suffer across the world, but I had never witnessed it firsthand. A few months later I went to Haiti with a mission group to help distribute food and build a house. The conditions are so terrible for the people there, and suffering is widespread. All of this was due to a natural disaster (the earthquake) that was beyond all human control. I could not understand why these things were allowed to happen. I started looking for an answer in church. 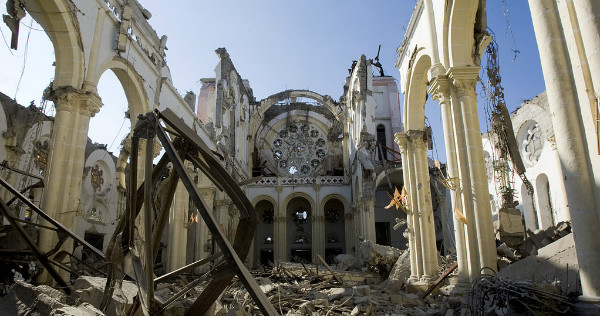 The Answers I Got at Church

Bad things happen as a consequence of sin. Since I was thinking about natural disasters or childhood death/disease, I felt that this argument did not apply. If it did apply, why would God punish so many innocent people en masse along with those “worthy” of punishment?

The devil does bad things to shake our faith. I could not agree with this either, because it also made a statement about God. This would mean that God would allow the devil to give a child cancer or cerebral palsy in an effort to shake the faith of the parents at the expense of their own children. Was the faith of the parents so important that God had to allow the death of an innocent child to make some sort of point?

God created a perfect world, but because of the sin of man, the world was altered and now bad things happen as a result. I could not agree with this explanation either. If you hold to the creation story in the Bible, God creates everything and claims that it is good. The world is good, the creatures are good, etc. The story continues and man and woman sin, and as a result woman is cursed to have pain in childbirth, and man is cursed to have to work hard to plant and harvest crops. Nowhere are natural disasters mentioned. We know that these are natural processes, but were these considered good before the advent of sin? None of this seemed logical to me.

Answers in the Bible?

As these thoughts were going through my head, I looked to the Bible to try to find a different picture of these situations. I could not believe that God would act this way, that he would allow these things to happen. What I found throughout the Bible was very difficult for me to swallow: example after example of God using the deaths of innocent people to prove a point.

I was dumbstruck. In no way did this line up with the God I thought I knew. I tried asking people about this. They admitted that these are difficult passages, but would then try to excuse them with various defenses. They would say things like:

Is the New Testament Any Better?

I tried to see reason in the New Testament. All of the examples above were from the Old Testament, so perhaps the nature of God changed with Jesus. But throughout the New Testament we see God threatening punishment on practically all of humanity, save for the few who obey him and worship him correctly. He sends most of his human creation to eternal hellfire.

So what was I left with? Innocent people experienced pain and suffering, prayer seemed to do nothing to alleviate this, and deep down no one really knew why. I saw a god that would kill and destroy people as he saw fit, even innocent children, and would in the end send pretty much everyone to eternal torture.

I know that Christians make the claim that people basically send themselves to hell by their disobedience, and I do not want to get into this too much, because I feel it would take too long and derail my purpose. What I will say is that it seems misguided to put the responsibility on the victims (people “sending themselves” to hell) instead of on the being that for some reason created hell in the first place. People make arguments about the necessity of hell, and why God needs to only accept certain people to heaven. This does nothing to change what is now my view of God. I cannot help but view him as a bully. Either he gets what he wants, or he will make you pay with your eternal soul.

My Decision about Religion

This left me with two options:

I might take some time at another point to write about further realizations I have had during these past few months (about science, evolution, different religions, etc.). But I suppose my goal throughout this post has been to help anyone reading it to understand where I started and where I am now.

I am an atheist who is now trying to learn to love myself and to view the world with a completely new mind-set. I am realizing that people are beautiful, and that their value is not dependent on some outside force or something outside of their control. I am also learning that the spectrum of belief and disbelief is broad. We are all in transition when it comes to spirituality and learning, and no one can expect us all to be on the same plane.

As a final side note: I know that I flew through many of my thoughts and much of my reasoning here. I could have written many more pages on this, but for the sake of brevity condensed it. If you would like to discuss any of my thoughts or assertions, please let me know. You can reach me at friendlyneighborhoodskeptic@gmail.com. I am always open to an honest, thoughtful discussion about these things. 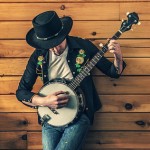 April 23, 2017
Questioning the Nature of God: My Deconversion, Part 1
Next Post

May 7, 2017 The Too-Small God
Recent Comments
0 | Leave a Comment
Browse Our Archives
get the latest from
Nonreligious
Sign up for our newsletter
POPULAR AT PATHEOS Nonreligious
1

Of Hybrid Embryos, Human Rights, and...
Roll to Disbelieve
Related posts from Ex-Communications