Self-Led, Fulfilling, Free: My Life as an Atheist

By Susi Bocks, Board Member and Volunteer Manager of Recovering from Religion

Who I am now and what my views are on religion now are nowhere near where I came from. It took a while, but I eventually freed myself from the shackles of thinking that I needed to believe in anything. If there’s one regret, it’s that it took me so long to get there. 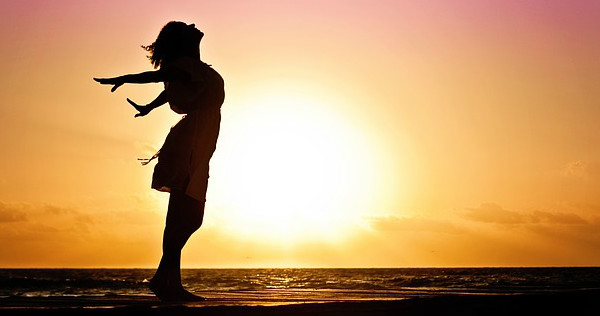 I’ve never considered myself burdened by or chained to a specific religion, as I grew up in a household pretty much devoid of traditional church attendance. Looking back, I’m glad I didn’t have to endure that consistently, but throughout my early life I did think I was supposed to have faith in a god. This was a concept reinforced by my mother, who would probably tell you she was trying for the “hands off” approach on that subject even as she passively-aggressively pushed her god onto me.

When I was younger my thoughts always revolved around a feeling that there had to be a creator for what I was experiencing around me. I tried for many, many years to find this so-called creator. Many churches of many different faiths saw my attendance, each hoping I would somehow stick with them. Alas, that didn’t happen, as each one let me down in one way or another.

One day, I just stopped going to any church to answer the question of “Is there a creator?” When Sundays approached, there was always this little twinge of guilt at not being part of the spiritual world, but I resisted anyway. I began a somewhat isolated approach to the question of spirituality, asking myself and others many questions about god, but never really receiving answers that were fully satisfying to me.

Then one day I watched a movie called The Rapture with Mimi Rogers. I was in my mid-thirties. In the movie, god implored Rogers’s character to kill her own child and await instructions. She did as instructed, but then realized how vile this request was. She had sacrificed her own child and was supposed to be happy for making such a decision. And then look lovingly into the eyes of her lord. How utterly disgusting. This ultimately made me think, how could I believe in a god that would require this of their subjects? How could a loving god be anything but an ass for what he had asked of her?

From that moment on, it finally made sense to me. This was the god that everyone wanted me to believe was real. Unfortunately, there was no way that I could ever want to follow someone as egomaniacal as this guy. It resonated strongly with me that if there truly was a god, he was a dick. Why in the world would I align myself with—or especially follow someone—who is clearly outlined in that “good book” as being completely and utterly morally bankrupt?

I still struggled with some explanation for the unknown, drifting towards new-age spirituality for a bit. That didn’t last but a few years when I finally realized that it’s all BS. Finding no evidence for a god, I concluded that “atheist” is the best label for me.

If I’m going to live in a natural world, it must present facts for me to accept. The evidence we have now doesn’t show us anything other than that religion is a man-made construct, developed for many different reasons, but primarily used to guide the masses.

Being a rather independent spirit since my younger years, I can look back and understand why I had such a struggle with religion. I was never a big fan of following-the-crowd thinking, even though the idea of finding and clinging to religion to have a better life was drilled into me. Even from the beginning, I thought life was not a mission of relying on a god to give me direction. Even though I looked for one to be my inspiration, it was about living on life’s terms between birth and death. I dealt in reality.

Life can be filled with struggle, beautiful moments, and everything in between. This is how I face that life: head-on, no blinders, and enjoying every delicious minute—and every crappy one, too. All the while knowing that it will always present me with challenges. Those challenges are what make the ride exciting—sometimes scary, but extremely worth living. Going through struggles only makes the reward of achievement that much sweeter.

Calling myself an atheist now, I believe in myself and my abilities. Being self-led and not requiring direction from a spiritual source speaks to my independence. The humanity and compassion I share with my fellow man is something I choose; the decisions to live a moral life come from within, rather than being gifted from an invisible spirit.

Because there is no evidence that there is anything beyond the life I live today, the only option is to lead the most fulfilling life I can, every day. I do this without the help of a god, and I don’t feel empty, unsatisfied, or unhappy because of my choice. The times that are filled with struggle do not require me to get down on my knees and request release from my circumstances, because I already look at my life’s situations from a perspective of accepting that reality. Dealing with challenging situations with no illusions tremendously reduces the stress level that can accompany them. Fear is natural when faced with distress, but keeping my thoughts and actions firmly rooted in reality keeps that fear from becoming a constant factor in my reaction to those stressful events.

This way of thinking has made my life simple and straightforward. Today I live my life honestly, and I look forward to engaging in it in ways that make me truly happy. Rather than dedicating myself to the man-made invention called religion, I live from a perspective of reality. That gives me the freedom to live in a way not hampered by the irrational guilt, submission, fear, or constant worry that I experienced during my believing years. Life now feels unrestrained and free! No more being judged for every single move I make. FREEDOM!! Living an extraordinary, full life doesn’t require belief in the supernatural, it just requires being engaged in my life fully!

The fearful, restricted love of being bathed in the grace of the lord is also far removed from my psyche. Love now feels natural and easy. I feel good about myself and what I receive from others. This release from having to make a god real leaves me open now to being more humane and loving just because it’s the right thing to do, not because it is demanded of me.

I can honestly and easily say my life does not require a god. I am willing to accept my humanity as I go about the business of experiencing all the stages of my only life. 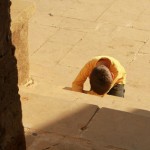 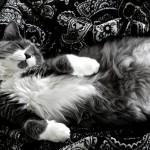 April 9, 2017 Everyone Can Benefit from Self-Care
Recent Comments
0 | Leave a Comment
Browse Our Archives
get the latest from
Nonreligious
Sign up for our newsletter
POPULAR AT PATHEOS Nonreligious
1

Beach Reach: What It's Really About
Roll to Disbelieve
Related posts from Ex-Communications