Paths to Healing: Why Fundamentalism is so Dangerous

Paths to Healing: Why Fundamentalism is so Dangerous September 12, 2018 RFR 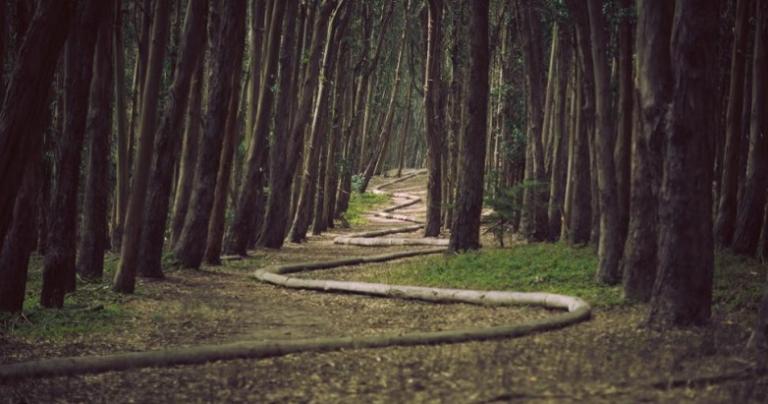 Everyone experiences dysfunction to some degree – insecurity, weakness, and trauma, which lead to misery and hurtful actions. We all have our weak points. They come from our culture, childhood circumstances, genetics, bad choices, and many other sources. Religious people might refer to this as our “sinful nature”. Most others would simply call it “life”, or being human.

Along with our dysfunction we also have the latent ability to recognize and modify our sub-optimal patterns. This capacity to learn, integrate, and change our lives could also be called healing. Generally, people want to feel OK, and to be accepted as part of a community. This provides an incentive to work through our suffering and find healthier ways to interact with the world.

Some people’s lives are brutal and they spend years suffering without finding meaningful solutions. Others have an easier time staying healthy and enjoying life. Healing is more accessible for some people than others.

Our traumas are personal and nobody else can fully understand or fix them for us, so resolution must come from within. It helps a lot to have therapeutic support, and inspiration often comes from outside sources, but ultimately we have to do the work to heal ourselves.

Different people use different methods to tap into their internal healing process. Since we all have our own special history of problems, we travel unique paths of healing. We also need our coping mechanisms at times to distract from the pain so that we can focus on what’s good (I’m using “coping mechanism” and “healing process” somewhat interchangeably here).

And, perhaps, there are some people who uncover their innate self-healing abilities when they embrace the idea that God is real, that he created everything, loves everyone, and lives inside them. And it rocks their world. Without a doubt, it’s a fantastical concept that has the potential to create a powerful placebo effect, and a strong placebo often does the trick. (Hear me out for a second – my intention is not to provide an excuse for supernatural belief, but an explanation.)

A hardcore drug addict might turn their life around by replacing their chemical addiction with a dependence on the ideas of God, or Jesus, or Buddha, or New Age spiritualism. Maybe an accepting religious community can help them give up their destructive actions and hold them accountable. Good for them, I guess! It doesn’t always matter to the person in question if the story behind their healing path is completely true, or completely harmless, if it helps them improve their experience of their own mental space. Fiction has a purpose. For someone like this, their religion is exactly as real and powerful to them as they feel like it is. We all have the freedom to believe whatever stories we want.

Cigarettes are very unhealthy, but smoking might be a net benefit to an alcoholic who needs help sobering up and finding stability. Everyone makes compromises. We know that some people find their way out of a deep, dark hole by believing in a personal God. It’s understandable – but how healthy is it? And what happens next?

There are pros and cons to different methods of coping, but if casual religion is a cigarette, fundamentalism is a hard drug: intense, capable of making a dramatic adjustment to someone’s reality, but dangerous in the long run because of the health impacts and the way our brains adapt to dependence. People become so fixated on it that it eventually motivates every choice they make in life.

Four Reasons why Fundamentalism is a Dangerous Coping Mechanism

1) When people heal themselves with the help of religion, all the credit for their progress is ascribed to a magical invisible entity who did the work for them, rather than giving them the confidence boost of realizing that they are strong enough to get through things on their own. Religion teaches people that they are never self-sufficient and that healing can only be granted to them by a supreme being through devotion to the religion.

Our healing paths ultimately need to make us stronger and more secure in ourselves, not more dependent and helpless. Crutches are useful while a broken leg is healing, but continued use after the leg heals only leads to atrophy. It’s important to regain that weight-bearing confidence as soon as possible.

2) Fundamentalism teaches people that the religion is the only right way to heal yourself, that it’s literally the only truth, and that we should never reevaluate whether it’s true or beneficial. It convinces its followers to believe that anyone who prefers other healing processes is evil, threatening, and condemned.

It creates a divide within humanity where any interaction with the “other” is clouded by fear, or judgment, or a need to find a way to convert them to your own belief. This has historically been the source of a great deal of conflict and suffering between different groups of humans.

This kind of xenophobia is no longer useful to our species. We don’t need any more violence motivated by differences in religion, nationality, race, gender, etc. There are plenty of healing paths that don’t claim to be the only right way, and aren’t controlling of their participants. People who are passionate about music are not prohibited from enjoying time in nature. People who do community service are not prohibited from trying mindfulness meditation. And there’s no need to feel like any of these things is the only acceptable path. People can take or leave them as they choose.

3) Religion encourages the neglect of rational thought. The same is true of a lot of “spiritual” metaphysical belief systems that aren’t organized fundamentalist religions. Children are especially vulnerable.

Let’s make the Santa Claus analogy: in a lot of ways, it starts out pretty harmless. Kids have fun believing in the magic of an old man who gives them presents. Like God, he knows when you’re sleeping and when you’re awake; he knows if you’re being bad or good; and your actions influence whether he gives you good things. He can be virtually everywhere at once, at least one night per year. Parents like it as a control mechanism. As long as the kids remain convinced of the myth, it can be used as leverage to make them more obedient. Children are gullible, they’ll believe in magic if you tell them it’s literally true, because they have not yet developed the critical thinking capacity to distinguish between reality and fantasy.

It’s generally assumed, though, that children will realize Santa Claus can’t possibly be real sometime before age 12. That’s part of healthy cognitive development, to question the myths we were taught and separate truth from fiction. But what if there was a large group of people that was insistent on raising their children to never lose belief in Santa Claus, performing all kinds of mental gymnastics to explain away the clear inconsistencies with physical reality?

What can be said about the intellectual maturity of a grown adult whose belief in Santa Claus is the most foundational truth in their life? And how infantilizing is it to convince a human being to cling to stories of magical invisible men into adulthood and old age? It’s one thing to make the choice as an adult to abandon your logical faculties if it helps you feel better about your life, but raising an innocent child that way is taking it to another level.

4) Leaving religion is often traumatizing and painful, which is not unintentional. It can be hard for some children to stop believing even in Santa Claus, and since belief in God is far more personal and deeply rooted, it makes sense that a lot of people wouldn’t want to question whether God is real. They become dependent on this magical way of thinking and terrified of the alternatives.

What could tickle the ego more than the promise of eternal life in paradise, or the idea that you’re part of a select few humans who know the perfect truth and can hold sway with the eternal creator while everyone else is blind and hopeless? That’s a lot of power to wield.

What could possibly inspire more fear than the idea of suffering in torment for all of eternity? Fundamentalism loves to invoke a visceral fear of never-ending torture in order to keep followers from leaving. Even someone who’s 99% sure it’s all nonsense can be too afraid of that 1% chance of hell to walk away. The fear gets seared into people’s brains. Real love doesn’t trap people like that, it sets them free.

If it’s not the fear of hell keeping you at church, it’s the fact that once you’re open with your believing friends and family about your lack of belief, your relationship to the community is likely to change dramatically – if you’re not rejected and shunned outright. There are very many people living in the Bible Belt who would lose 100% of their family and friends for coming out as atheist, so they go through the motions and feel completely alone.

Churches abuse their power by hindering people from putting down their crutches, keeping them dependent on a fairy tale instead. That’s how the business model works. It’s like seeing a quack chiropractor who insists you need to pay for lifelong weekly adjustments to stay healthy. If they don’t retain followers they won’t make enough money and they’ll have to shut down. Convince people that your religion alone holds the keys to the deepest mysteries of eternity, and what won’t they do for you?

Religion has the ability to help certain people find a way out of a deep pit. But once they’ve gained enough strength in themselves it’s important to recognize that it’s not magic, it’s not literal truth, and other people get the same healing benefits from completely different practices. Ultimately, we were the ones who made the positive progress in our own lives, however we did it. We need to give ourselves credit for that! And at the same time, we can appreciate the wisdom and strength of other people who had a completely different set of life circumstances and found their own unique paths to wholeness. 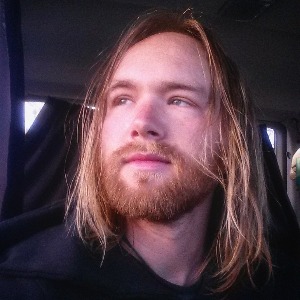 About Joe Omundson
Joe Omundson is the editor of Ex-Communications and also maintains some personal blogs. He lives a nomadic lifestyle, moving seasonally between Oregon, Utah, and the desert SW. You can read more about the author here.
Previous Post 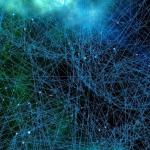 September 11, 2018
My Path to Atheism Could Be Yours Too
Next Post 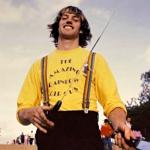 September 20, 2018 I Tried to Believe in God — My Mind Wouldn't Let Me
Recent Comments
0 | Leave a Comment
Browse Our Archives
Follow Us!