Tabula Rasa, or My Blank Pages 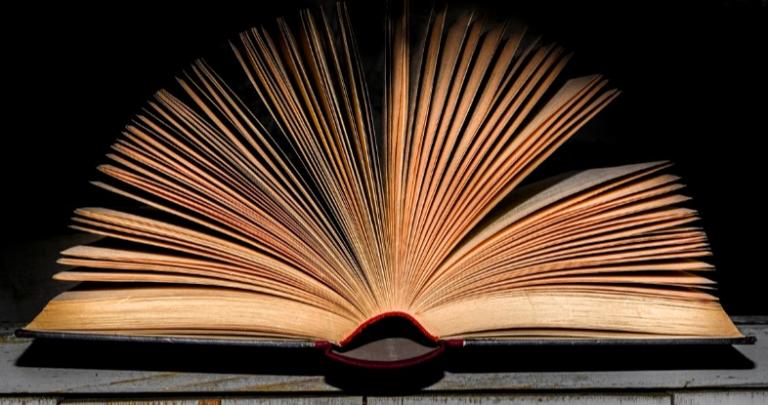 I was like a pilgrim wandering in the wilderness. Lost, disorientated and confused. There I was with D.J. and Thunderchicken, newly returned from Vietnam, coming down from an acid trip, at a Sierra Nevada rest stop with a sign that said, “the Donner Party was here.”

I was lurking in the bushes mistakenly thinking I was safely concealed when D.J. reached into his lunch bag and lasered a citrus fireball like Nolan Ryan that crunched right between my eyes. As the stars twinkled in my vision I saw something from my past and the stars formed a word: Tabula Rasa.

Where in my life journey had I heard that before? I had been brought up to have faith in a God through recitations, incantations and indoctrinations that had been shattered by the ungodly sights I had experienced from Saigon to San Diego to Peculiar, Missouri.  A crusty plump old philosophy professor had said, “what would you do if you could go back in time before those unspeakable delusions had been programmed into you. What would you think? What would you do?”

What would you call that I wondered?

“Tabula Rasa,” he said after taking a long chug of Jack Daniels. “That’s what you need.”

The philosophical concept Tabula Rasa, or blank page, was an epiphany for me. It is a sublime notion that had hit me in the face like that well thrown orange that made me feel disorientated and stupid. How stupid? It was kind of like the first time carnal embrace when the former virgin realizes to her or himself, “why the hell did I wait so long?” Maybe, like Eve in the Bible, the first taste from the fruit of the tree of knowledge. How stupid was I to have fallen for the BS I had been indoctrinated with?

Sure, there is that resentment a person has for being lied to, not unlike the shame or embarrassment over their unflappable belief in the absolute certainty of  the existence of Santa Claus and his elves. But, isn’t that belief like the anxiety we feel when our favorite team has to score a goal in the game’s final seconds and you pray and you pray with all the zealous fervor you possess for the ball to go through the hoop, over the fence or through the goalposts? If it does, your prayer was answered and you and your team are favored and exalted. If not, then the supreme being hates you and your team no matter how many dangling crucifixes hang from necks and biceps bulge with crosses of ink.

What would you call that? Certainly a less severe consequence than a grieving family in Moore, Oklahoma forlornly sifting through tornado mulched rubble for a treasured miracle lucky icon. Perhaps then they would start to think, “how many superstitions do we buy into? Heaven, hell, what else? Pot of gold at the end of the rainbow?”

I ask like Barnum said, are we the fools born every minute? Well, you know what follows after that don’t you? A fool and his money are soon parted and I can’t think of a more lucrative scam than evangelism … unless it is selling addictive drugs and please don’t damn Marx for his opium of the masses equation. Sometimes the truth does hurt.

But, back to Tabula Rasa. The blank page. Since I feel forgiving, I absolve anyone who does make it that far, where they have to confront the realization that they have been cheerfully duped into testifying to their ignorance by worshiping a figment of some bronze age yahoodie’s imagination because they looked up into the sky and wondered why they were here and who put them there. Forgive them, absolutely, even the ones who were guilty of throwing virgins into volcanoes to appease whatever angry deity they had fantasized about. Was it their fault because they were scared of the implausible goblins their fertile imaginations had been encouraged to conjure and nurture?

At some point, doesn’t a person have to step back and say, “Wait a minute, does this make any sense?”

Tabula Rasa was my messiah. My deliverance from the lost confusion I had found myself in at that cannibal park. The blank slate, a new beginning. If I had not been proselytized to by people who loved me and who I loved and respected, would I have fallen for the scam of an omniscient being who loved me because the bible told me so? A benevolent lord who, if I died before I waked, would protect and gather my eternal soul to take?

But who knows? How do I know what I know? As an adult would I buy that? Paradise or pig in a poke?

They said, “Santa sees and he knows that you are awake. Now go to sleep goddamnit!”

The questions of why and wherefore are lost in the small idea of a snippy, bitchy, self-centered gawd (sic) with penis envy. The background of a scene where Jehovah and Abraham pantomime sacrificing virgins. A step-by-step journey where a covenant is reached and they put a dagger in your hand and show you how throats are slit and carcasses are hung to drain the blood. Take eat, take drink, this is my body, this is my blood, be a cannibal, be a vampire, do this in remembrance of me.

Sorry, despite the infantile indoctrination I received, now that I’m an adult and have put away childish things, I just can’t buy your illusory notions of a petulant, jealous, raging supreme being who demands total obedience in the sick notion of whether you keep your foreskin or not.

Sorry, I have eaten from the tree of knowledge and eaten well. I am not buying ignorant fantasy anymore. I have a new slate and I’m an adult and my senses are educated enough so I can distinguish the taste and aroma of bullshit from a delicious chocolate cake. 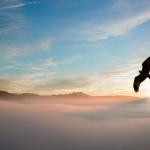 September 24, 2018
My Escape from the Belly of the Beast
Next Post 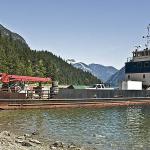 October 11, 2018 A Memoir of a Lifelong Atheist
Recent Comments
0 | Leave a Comment
Browse Our Archives
get the latest from
Nonreligious
Sign up for our newsletter
POPULAR AT PATHEOS Nonreligious
1