Relaxing and Being Myself for the First Time

Relaxing and Being Myself for the First Time November 21, 2019 RFR 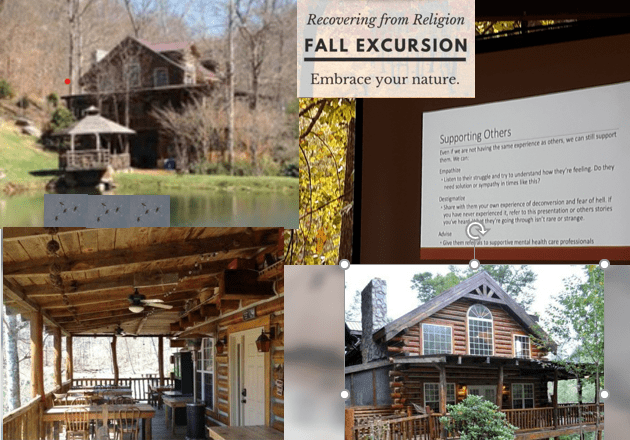 Brief synopsis: In 1988, a relative convinced me Mormonism was untrue, but I had a “personal, close relationship with Jesus” and I couldn’t give that up. I also couldn’t leave Mormonism and keep Christianity: If I let myself see through the charade, I knew I’d see through all of it.

Also in 1988, I started a 2-year mission for the Mormon church. In 2013 I lost interest in religion. In 2014 I tried to regain my testimony by reading the Bible (Bad Idea), and I quit attending church at all. I became a full atheist in 2015, and started volunteering for Recovering from Religion in 2017.

I turned 50 just a few weeks ago. I call myself Unholy Lunatic Man because I no longer do the many things my religion told me I had to do to be Holy, yet I’ve never been a better man. Lunatic because former friends treat me like a Lunatic for no longer believing in angel tales, and Man is self-explanatory. Using my real name would cause my parents anguish.

I have never been able to fully relax, enjoy the moment, and just be me. Religion pushed into me for decades that everything was critical. Yes, you could repent and be forgiven, except you could never get your virginity back; somehow, touching certain things permanently changed you? The central premise was that once you put filth in your mind it was there forever — it would never go away. And their definition of filth was extremely broad. All R rated movies, most PG 13 movies, most TV shows, any swear words, any unholy and impure act, any lust or sexual desire (except for your opposite-sex spouse, and only then within strict limits); every decision seemed as if it had eternal consequences.

Unfortunately, I took the spiritual warfare doctrine to heart, and I learned to never let my guard down. Eventually, I realized it wasn’t even an option for me; I was always on edge. Always worrying about the consequences of what had just happened, or what might happen, or a thought I shouldn’t have had, or what I was being inspired to do, or what inspiration I was missing due to personal unworthiness.

When I left the church, I thought all this would go away. I was able to relax to a greater degree than ever before, but I could never put myself all in. I’d repressed me for 50 years. I’d never let myself be me. I didn’t even know who I was. I would go out to have fun. Others seemed to have fun, but I was always reserved, not all there. I could never just sink into the moment and enjoy it. I’ve tried and failed for decades, but I’m always on edge.

But that changed a few days after my 50th birthday, actually, just a few weeks ago. On a whim I decided to attend Recovering from Religion’s 1st Fall Excursion retreat. It was a very difficult decision for me. I never spend money on myself that way. I told my wife it’d make me feel guilty. She’s smarter than I and told me that was ridiculous, I’ve supported her on numerous trips, including one to Ukraine, that she wanted to go on; it was my turn, and maybe I’d find a friend, which I desperately needed. Amazing that she’s so supportive, even though she’s deeply religious and doesn’t quite get my volunteering for RfR.

So, I booked the flight and car and went for it. I was a bit of a basket case the week before. Unsure what to expect, or what would happen, or if I’d get along with anyone, or if anyone would like me, or if it’d just be another dead end. These worries proved pointless. I was greeted by RfR’s president as soon as I arrived and welcomed with open arms. I’d arrived a few hours early, so I just jumped in and helped organize food, set up the BBQ grills, ran to the store and got ready for everyone to arrive.

I got to hang out with Phil, a celebrity from the Atheist Experience TV show, and help a couple people rescue their cars from the extremely steep rocky roads leading to the cabins. And, I just fit in. I just enjoyed the hell out of the entire weekend. I had so many amazing conversations with so many incredible people. Some of them were conversations that had been bottled up inside me for decades. It was like I’d always known these people, and we were just catching up. I could talk to them about anything. Things I have never been able to talk about with anyone. I was just me, and I was accepted as such and it was wonderful.

The day after returning I was sitting at my desk at work singing “that’s me in the corner, that’s me in the spotlight, losing my religion, I said enough, but did I say too much.” And I’m thinking, I never have music running through my head, what song is that anyway, and why do I know the lyrics? Of course, I looked it up. I’d changed some of R.E.M.’s awesome song lyrics to better fit me, but I had literally come out of the corner and into the spotlight. At the retreat, I got up and sang We Will Rock You, and The Gambler in front of 60 people no less, and I enjoyed the Hell out of it. Then I literally stood in the corner right in front of the singers and enjoyed everyone else’s singing and antics. I wasn’t even self-conscious (except when I missed words in the songs and had to catch up).

Interestingly, I didn’t count a single stair the entire time I was there, something I’ve done compulsively for decades, and there were a ton of stairs leading everywhere. It’s nice to know how many stairs there are in case of a power outage, but counting again that there are 5 steps to the front door, 12 to the basement, and 9 up to the garage in a house I’ve lived in since 2000? I’m still not counting stairs, except when I realize I’m not doing it and start out of habit, but I don’t care anymore.

Just the fact that I’m actually writing this, and actually going to submit it, something I’ve wanted to do for decades, is amazing. That I’m enjoying music, that it runs through my head, that I’m actually trying to write a song? I’ve changed. I’m relaxed. I’m comfortable with myself. I even went to the gym tonight and enjoyed it.
I got home from the Excursion at 2AM. I couldn’t sleep, even after taking a sleeping pill, not until I wrote down about 3 pages of notes. The next day at my desk I typed up 3 more. Let me share a tiny bit with you:

This is not me. I don’t get up in front of people and sing. I don’t talk openly about sex. I don’t let go. I don’t remove the layers and layers and layers of brain to mouth filters. I don’t relax. I generally hang in the back and say little to nothing or force myself to say something heavily filtered to the people I’m with, but for 3 days I constantly had to force myself not to speak. I didn’t deliberately hide myself; instead, I exposed the deepest me. WEIRD!!

I did nothing to plan or organize the event, but it was 100% mine and I wanted it to be a success, and it was.
Confusion, contentment, deep thoughts. Joy, belonging, feeling.

Hugs, so many hugs, from so many people. Real hugs. Comfortable hugs. Not like the occasional obligatory family hug. Amazing, comforting, accepting. What life should be.

My thoughts are scattered yet contained, scrambled but organized, fragmentary but complete. Can I even work today? It’s the day after my coming out party, and it’s glorious, even if I’m not out everywhere.

I had years’ worth of conversations in 3 days, yet there’s so much more to say, to hear, to tell, to absorb, to share. I hope I didn’t offend anyone, yet I don’t think I did, yet how could I not?

I should be working, but instead I’m thinking about all the amazing people I met. The huge number of new friends, who I barely know, yet know better than those people I actually know.

The biggest thing I got out of the Fall Excursion is friends. I haven’t had a friend that I could talk to about anything, and totally relax around, for almost my entire life. We had amazing discussions, and we laughed and talked and sang with each other till late in the night. It was heaven.

I had so much fun.
The next time is too far away…

My life is changed forever for the good.
Thanks, guys and gals. You’re all amazing.

And, you slackers know where to find me. 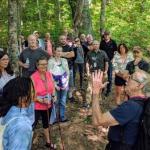 November 14, 2019
RfR Fall Excursion 2019: Finding the Freedom to be Ourselves
Next Post 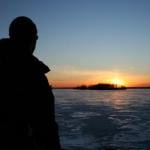 November 28, 2019 You Are Good, and You're Not Going to Hell
Recent Comments
0 | Leave a Comment
Browse Our Archives
get the latest from
Nonreligious
Sign up for our newsletter
POPULAR AT PATHEOS Nonreligious
1