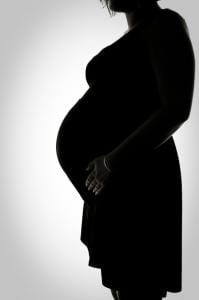 Although I’ve changed people’s names, this is a true story.

In fall 1997, my whole workplace was excited for our co-worker Ken. Ken’s wife, Mai, was pregnant with their first baby.

After several weeks, Mai’s labor finally started, and Ken took her to the hospital. The next time we heard from Ken, we were devasted: Mai died at the hospital after giving birth.

We were all stunned.

Mai died of preeclampsia. Preeclampsia is a high blood pressure condition women can develop late in pregnancy. Mai’s husband Ken would need to raise their newborn son by himself.

Mai was Vietnamese and Buddhist. According to the Buddhist tradition, Mai needed to be buried within a certain number of days. On an autumn Saturday, we gathered to remember, then bury Mai.

Mai’s memorial was conducted at a funeral home. My wife and I sat in the middle of the seats. Ken was seated at the front. For most of the service, Ken’s head looked downward. Ken held a picture of Mai, and he stared at it for most of the memorial.

Mai’s many sisters also sat at the front. I remember their silhouettes as they all sat next to each other, devastated because their sister had died. I don’t remember much about the service itself. But I do remember when Ken stood at the podium to speak. He spoke directly to his wife.

“Mai”, he began. As soon as he said her name, Mai’s sisters all started crying. They were all so close to each other and to Mai. I felt helpless hearing them cry.

Ken said kind words to Mai. He thanked her for their son. Ken also remembered aloud how she made him a better man. He specifically shared how Mai encouraged him to work with wood, something he did not think he could do. Ken learned woodworking because of Mai.

After the service, we gathered in the cemetery. More words were spoken, and prayers were said. Then, her casket was lowered into the ground, and everyone dropped handfuls of dirt onto it.

…her casket was lowered into the ground, and everyone dropped handfuls of dirt onto it.

Then, Mai entered Hell, the place prepared for Satan, his demons, and anyone else who rejects Jesus Christ as their personal Lord and Savior. As a Buddhist, Mai never accepted Jesus into her heart, so she will spend eternity in Hell.

As shocking and cruel as Mai’s damnation would be, you believe Mai is in Hell or will go to Hell soon. You believe this because the Bible says so:

“For God so loved the world that he gave his one and only Son, that whoever believes in him shall not perish but have eternal life”. John 3:16

“This is how it will be at the end of the age. The angels will come and separate the wicked from the righteous and throw them into the blazing furnace, where there will be weeping and gnashing of teeth”. Matthew 13:49-50

“If you declare with your mouth, ‘Jesus is Lord,’ and believe in your heart that God raised him from the dead, you will be saved”. Romans 10:9

But let’s imagine YOU control Mai’s fate. Imagine Mai, at YOUR “pearly gates” of heaven, or in front of YOUR throne, or standing before YOU after you’ve come to Earth to judge the living and the dead.

Now imagine you have a control panel having two controls:

– a lever to pull, which opens a trap door to send Mai into Hell

– a button to push, which opens Heaven’s gates to let Mai in

Would you pull the lever, sending Mai into Hell, or would you push the button, to let Mai into Heaven? You might try to get out of this situation using these excuses…

“Mai sends herself to Hell”. The Bible doesn’t say that. Matthew 13:50 says Mai will be “thrown” into Hell. That means her entry into hell is an act of agency other than her own.

“God is just. He must send Mai to Hell because of His holiness”. We’re not talking about God’s rationale. We’re talking about YOURS.

“It’s not fair to make me decide Mai’s fate. Who am I to question God? His ways are not our ways, and His thoughts are not our thoughts”. But that’s the point of this exercise. You need to use YOUR thoughts and YOUR ways to judge Mai.

“We can’t let unsaved sinners into Heaven because then it wouldn’t be Heaven anymore”. Why? Remember, we’re talking about YOU and YOUR standards. You associate with sinners all the time, so why not associate with them in your Heaven? You can do this as easily as you invite sinners over for a barbecue, or watch a sporting event with sinners, or talk pleasantly with a sinner as you both wait in line at the grocery store.

“We can’t let Mai into Heaven because she is not a Christian”. Why not? Mai is a beautiful person inside and out. Ken thought so, so much so that he married her. Mai’s family, especially her sisters, love her. Mai encouraged Ken, Ken became a better man because of her. Mai literally gave her life to give birth to a boy – his name is Lex. In fact, a few years ago I saw Ken and Lex in the store. Lex is now a young man, and I shook his hand! Does all of Mai’s goodness count for nothing because she has different thoughts between her ears than a Christian?

“Mai’s good works don’t matter. Isiah 64:6 says that our goodness is as filthy rags. Romans 13:10-12 says no one is good”. So what? YOU are the one at the controls. You are not bound by those scriptures, so you can simply ignore them because you know Mai is a beautiful, good person.

“But there are a lot of ‘nice’ people in Hell”. That doesn’t matter. You aren’t judging all of them. You are judging Mai.

“Judge not, lest ye be judged”.

Ignore that for now. Go ahead and judge Mai!

GO AHEAD! JUDGE HER!

Step away from the control panel, because you don’t have to judge Mai.

For many devout believers, it’s easy to believe in Hell simply because “it’s in the Bible”.

It’s easy to think that mean, bad, cruel, and sadistic people go to Hell. But what about Mai?

It’s especially easy to believe in Hell when we don’t think of an actual, particular person going there. But it’s a bit harder to accept the doctrine of Hell when we think of Mai burning there.

You believe in Hell and that non-Christians go to Hell.

You believe these things for doctrinal reasons, biblical reasons, other peoples’ visions, or any other rationale. I’m not going to try to reason you out of your belief in Hell.

But I do encourage you to ponder Mai, and your belief that she is in Hell, because she died as a non-Christian of preeclampsia while giving birth to a baby boy.

If you’re going to preach about Hell, stop referring to the people supposedly there as nameless, faceless “souls”. Make it personal. Think of someone you know, someone who is not a Christian, and who is a good, decent person, dearly loved by others. 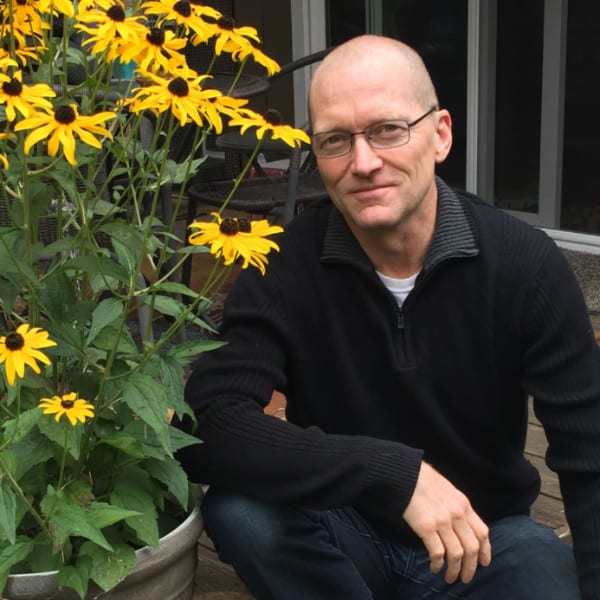 About Marty McDonald
Marty McDonald was raised Catholic, then became Evangelical after being “born again”. Now that he's recovered from Christianity, he wants to help others who are also trying to recover. You can read more about the author here.
Previous Post

February 25, 2020
How the Secular Therapy Project Helped Me Change My Life
Next Post 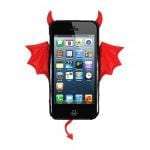 March 11, 2020 The Devil's Phone
Recent Comments
0 | Leave a Comment
Browse Our Archives
get the latest from
Nonreligious
Sign up for our newsletter
POPULAR AT PATHEOS Nonreligious
1