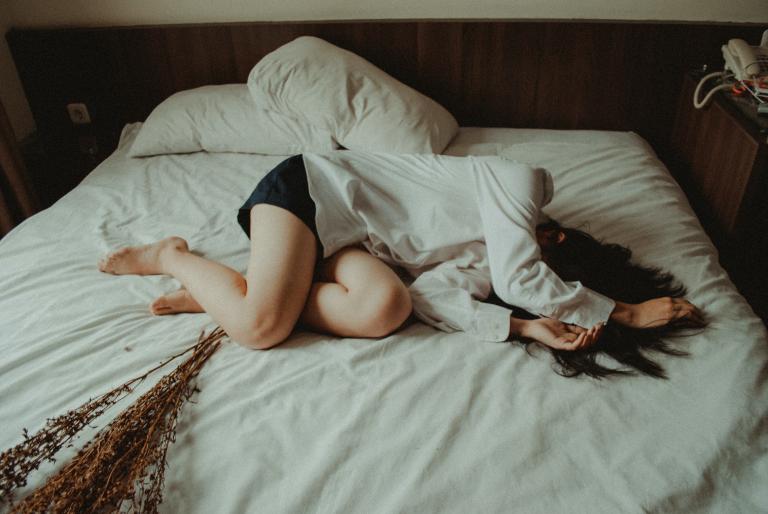 A year ago today I survived.

A year ago today I nearly died as a direct connection to the deep, deep damage religious abuse has permanently formed into my psyche.

For four months I had been in such pain as to take my breath away, leave me unable to sleep and barely eating. In spite of this, I gained nearly twenty pounds in a matter of weeks!

I went to three different doctors hoping to find some relief. Each of them focused on my weight gain, telling me to “cut the carbs a little” and “get some exercise in.”

But then that morning exactly one year ago today revealed to me just how much I have been trained to my own detriment. Something shifted that morning. Something in my mind before my body. Something I suppose is called intuition told me I needed to go to the hospital. But I didn’t say anything. My husband, Todd, said he needed to meet someone and he’d be back in a little while. I ignored my own need and simply said “okay.” Well, during that span of time, my body caught up to my intuition and the pain was becoming more intense. By the time Todd came home, I finally told him “I think I need to go to the emergency room.” But you see Todd is a retired emergency responder and firefighter. He knows what emergencies “look” like. So based on his experience he suggested we go to a walk-in clinic. All the while of getting my shoes on and getting to the car my entire torso was increasingly elevating my panic. But I didn’t say anything. I didn’t question Todd because he is an authority.

Now authority can mean a couple of different things. A person can be an authority on a subject because they have gained a mass amount of knowledge about it. Or, they can be in a position of authority, meaning they have power over you in some capacity. In my case, Todd was both.

What? You “let” your husband have authority over you? Yes. Yes I did. Yes he did. Because BOTH of us were constantly told by our religious teachings that a husband is the head of the house. He alone has final say about anything. He has authority over EVERYONE in his household. And the most important thing we were taught, indeed the highest virtue to obtain, is obedience to all authority.

So I sat quietly in the car as we headed to a walk-in clinic. Upon arrival, Todd dropped me off at the door while he found a parking space. I utilized all of my strength to get to the check-in desk. I was asked my symptoms, and for my insurance card, and told to “have a seat.” When Todd came in, I was crying in pain. After about fifteen minutes, I finally got up the nerve to be assertive and told Todd that I needed the EMERGENCY room, not a clinic. But even then, he went himself to ask the desk clerk if it would be much longer of a wait. But when she looked around the wall and saw me doubled-over, she said their doctor probably wouldn’t even see me if I were hurting that much and would just send me over there anyway. That’s how Todd gained the confirmation he needed to take me to the E.R. It was another “authority”, someone more knowledgeable than he was. It was not me he listened to, but the authority.

We repeated the whole scene at the emergency room, me hobbling to the check-in, being asked my symptoms which I am by now gasping out in breathless description, and asked for my insurance card. She also instructs me to “have a seat.”

That seat lasted for hours! Hours during which my pain was so intense I was becoming incoherent and disoriented. So intense I was blacking out. So intense so as to finally send Todd to ask someone to help me. It required every ounce of mental and physical energy just to get me into a wheelchair to wheel me into a room. I briefly passed out getting there.

Once in the room, the nurse began an IV to administer some morphine. A terse doctor gave me such a forceful prodding it made me scream in pain and then ordered an x-ray. Soon an orderly came. The orderly, the lowest of “authority” showed me such great compassion and gentleness that my tears were from his care rather than my pain. The x-ray discovered my appendix was near rupturing and I needed emergency surgery.

I don’t know about you, but I never really considered appendicitis to be a very serious matter until a friend of mine in high school nearly died when hers ruptured. SHE NEARLY DIED! She was hospitalized for a week while they tried to rid her body of the sepsis that was trying to take over.

One of the things that kept all those doctors (authorities) missing my issue was because my symptoms were abnormal and my age is unusual for appendicitis. It wasn’t really on their forefront of prognosis and so they simply focused on my weight gain and short-term solutions. My weight gain was actually fluid building up in my body! The weight gain was poison!

After I returned home and began to heal, my mental health took a huge slam. I realized that my religious training of authoritarianism and complementarianism and patriarchy had caused me to keep from advocating for myself to the point that it could have killed me!

But it was not only me. When I explained to Todd all the ways I was either denying my own autonomy or being denied by someone else, even him, it was flooring to recognize that we have BOTH been deeply trained into these harmful thought processes. Patriarchy and misogyny and authoritarian principles are not just taught to women, they are also taught to men. Todd is one of the sweetest, most gentle and generous people I have ever met. So although he wasn’t fierce about being the “man” or the “leader”, it was there. It was there all along for both of us, and for our children.

The realization of all of this shook me to my being. It altered me. It frightened me. I realized how easily we can have our autonomy seized and how easily a person can be trained into circumstances which cause harm toward themselves and others. For me, the thing which seized me was my religion.

This is why I speak out so boldly about the harmfulness of religious fundamentalism! I am now awakened to the ways it subjugates, excludes, and kills. I will have to consciously resist all the ways it formed me for the rest of my life.

But a year ago today, I survived. 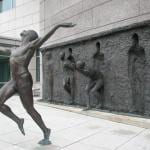 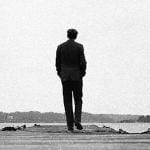 May 14, 2020 Why I Never Have Doubts about Leaving Christianity
Recent Comments
0 | Leave a Comment
Browse Our Archives
get the latest from
Nonreligious
Sign up for our newsletter
POPULAR AT PATHEOS Nonreligious
1