Why I Never Have Doubts about Leaving Christianity

Why I Never Have Doubts about Leaving Christianity May 14, 2020 RFR

I came to my decision step-by-step, assiduously, over decades. I proceeded humbly, with an open mind, reading, thinking, and brooding over every issue.

After coming to a decision, I wanted to make sure. Sure that I wasn’t missing some esoteric insight or attitude that might yet make sense of Christianity. I embarked on a mission to informally debate knowledgeable Christians of every stripe. I talked with hundreds of them, including some top Christian apologists. I sat down with William Lane Craig (the best Christian apologist out there, in my opinion) for an hour and a half. With Hugh Ross (a legitimate astrophysicist) for two hours. With Hank Hanegraaff (“The Bible Answer Man”) for six hours over two days. With Catholic philosopher Peter Kreeft (often referred to as the C. S. Lewis of our age) for twelve hours over several weeks. And these men, all extremely bright and knowledgeable, did not have good answers. I concluded I was right.

Specifically, here’s what I think are the top ten arguments against Christianity. The Christian response is in italics, followed by my rebuttal to their response.

There’s no such thing as “just a story.” Stories reveal mindsets. Maybe you can worship such an insensitive, cruel God; I cannot.

Certainly, there is male chauvinism in the Bible, but it reflects the culture of the times, not the actual values of the biblical God. The Bible is very clear that God created both men and woman equally “in His own image” in Genesis 1:27.

“In His own image” is not the same thing as “equal in value and rights.” That Genesis passage is just empty rhetoric, contradicted by the more specific First Corinthians passage. And contradicted as well by Genesis 2:18, which specifically designates Eve as a “helper” to Adam. If equality between the sexes is God’s intent, then why is subordination specifically endorsed in these passages? What a great opportunity to clearly establish equality, missed.

Well, Christians sometimes make too much of some prophecies.

It’s not a matter of making too much of some prophecies. It’s a matter of fundamental dishonesty, to claim predictions have miraculously come true when they have not. New Testament writers mine the Old Testament and pick out elements of a passage that match but ignore the elements that do not match. Correlations deliberately drawn, do not equal predictions miraculously fulfilled.

The Bible is not a science book; it’s a book about spirituality.

Why would a rational human being think that a book with blundering errors in matters of science, is somehow trustworthy in matters of spirituality? You should take to heart one of Jesus’s good teachings: “…whoever is dishonest with very little will also be dishonest with much.” (Lk 16:10)

If God is who He says He is, that is His prerogative, to lay down sexual ethics.

This discrimination by your God is yet another proof that He is false. Any perceptive person can see that sexual orientation has nothing to do with people’s morality, any more than being left-handed does.

Well, unlike Fundamentalists, I don’t view Jesus’s death on the cross as his dying for our sins, as some sort of correction on a cosmic balance sheet. I view his sacrificial death as an affirmation of the brotherhood of man and the fatherhood of God.

On the importance of belief, the point is that genuine, sincere belief, invariably leads to good behavior.

Well, that is a more rational assessment of Jesus’s death. But, regarding belief, you still have a necessary dichotomy; you still have to make a choice as to which is more important, belief or behavior. The thief on the cross goes to heaven because of his facile faith, but the lifelong good atheist goes to hell. That is your theology, and it is unfair. It denotes an egotistical God of power, not a God of love and justice.

But even if one doesn’t accept him as the Son of God, Jesus is universally regarded as a transcendently wise man!

That’s because people have been culturally indoctrinated to think so. But if you look at him objectively, he was not that. Rather, he was a religious extremist, who constantly exaggerated for the sake of impact, at the expense of truth. Throughout history, humanity has been prone to lapping up the overstatements of charismatic mystics.

Jesus accepted the barbaric God of the Old Testament as his God. Jesus taught the concept of hell. Such a man is a religious extremist, not a beacon of morality, though, admittedly, he effectively serves as one because people focus on his good teachings and ignore his bad ones.

But if you look at any alleged contradiction more closely, you’ll find that there are resolutions. And even if there is not a good resolution, all that would mean is that the doctrine of biblical inerrancy is not true, NOT that Jesus was not who he claimed to be.

I know you Christians have an endless supply of “could-have-been” scenarios to “resolve” contradictions. But the fact that there are so, so many of them that need “resolving,” is not a good sign. I think David committing only one sin all his life, yet committing another sin, is an absolute contradiction, without a resolution (1 Kg 15:5 ≠ 2 Sam 24:10). One does not equal two. Nor does seven equal five (1 Chr 3:19-20).

You might have a case if biblical contradictions were just minor factual matters, like Jesus claiming the mustard seed is the smallest of all seeds, when technically it is not. Or, the resurrection accounts not matching on details. But, you have no case when we look at moral contradictions.

The biblical God regards David as “a man after My own heart” (Act 13:22), yet he was a murderer, killing a man to get his wife. Not to mention his practice of mutilating the corpses of his enemies (2 Sam 4:12, 1 Sam 17:51). This is not a man after the heart of any God worthy of worship.

Slavery in the Bible was not like the slavery we’re familiar with in our own country’s history. Biblical slavery was essentially indentured servitude.

God does not send us to Hell. It is our own free-will choice. We send ourselves to Hell.

Free will is not the issue. The cruelty of the punishment is the issue. And to inflict NEVER-ending, severe torture (Rev 14:11), is a violation of the very essence of love. Granted that there are also some passages that support the idea of hell as annihilation rather than eternal conscious torment, but if there is a real God, I have no doubt He is appalled at the extremist’s interpretation of hell as never-ending torture.

Thus, for these reasons, my fellow ex-Christians, I have no doubts whatsoever about leaving Christianity. And neither should you. As Judge Judy says, “If it doesn’t make sense, then it’s not true.” 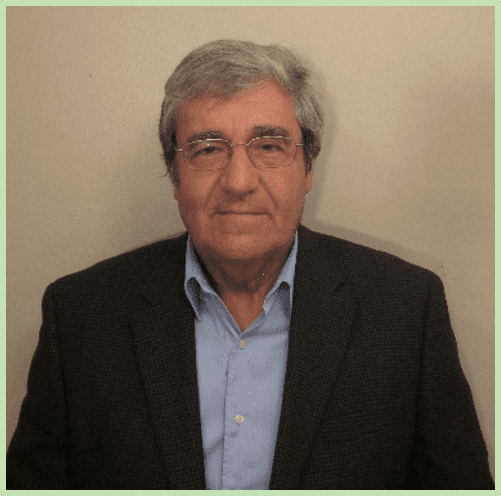 About Miklos Jako
Miklos Jako is a retired social worker, who posts his encounters with believers on YouTube. An ex-Christian, he has extensive experience debating believers. You can read more about the author here.
Previous Post 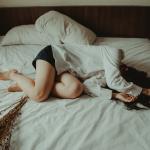 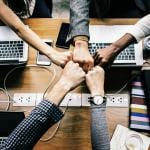 May 21, 2020 Building a New Community
Recent Comments
0 | Leave a Comment
Browse Our Archives
get the latest from
Nonreligious
Sign up for our newsletter
POPULAR AT PATHEOS Nonreligious
1