This is a Very Scary Time for Non-Believers

When I say, faith is a gift of God, and grace precedes faith, one must understand people are required to sort out their unbelief before this will make sense.

Has anyone ever thought about these extreme events in human history as mid-life crisis, or end-of-life crisis? Mid-life crisis or end-of-life crisis point to our mortality. Meanwhile, women and children are classically thought of as weak, and men imbued with the protector ethics wanted to protect them. We know that women are not weak, and the force multiplier of firearms and explosives has evened out the death bringing power of men and women. Children will always fear or worry about their impotence/ lack of power. Except, after children pass the age of reason, and then hit puberty.

The end of the world would frighten anyone without faith. Talking about my unbelief convicts me of my unbelief. That’s why we should watch what we say. This is the power of God and the power of consciousness that humanity doesn’t understand without grace. So, people go on and on about how afraid they are of war, guns, and aggression while misunderstanding the part they play in confusing everyone regarding justice and warfare.

The kind of grace I am talking about is sanctifying grace, and the kind of sin that needs healing/ forgiveness is unbelief/ when someone fails to acknowledge the truth of God’s existence. This can also be the failure to acknowledge God inside the everyday ordinary Christian.

Christianity is a big deal regardless of what I say next. Christianity matters today because Christianity and the Holy Spirit of God offers us a glimpse of accurate judgment of the world and its affairs. I say accurate, and not perfect, because human reason compels me to be humble regarding my claim.

People will go down dark holes in their consciousness and when they return, they can say sick and twisted things about people, places, things, and human history. That darkness is not enlightened by grace. It can be enlightened by human reason and much intelligence, but it won’t be enlightened by grace until the person sorts out their unbelief. I must acknowledge my sinfulness first, and want to change/ repent, then I can address the world around me. That’s when I make new friends and new enemies.

The world does not know God, and it cannot go to heaven. Humans, for a time, can go to their happy place, but then a new war will begin. The end of the world would frighten anyone without faith, but I can be scared to die if I want to. Ask God for grace, also known as his holiness righteousness, or divine assistance.

You may have heard of the historical time of peace, and the historical time of war. The Middle East has had an increased frequency of war within the last 20 years. The United States has had an increased frequency of civil unrest within the last 20 years. There is a current/ active war/ conflict in Ukraine happening right now. Our hearts go out to the people suffering in Ukraine, but people of faith in Ukraine, and people of faith in the United States, and people of faith in the Middle East are saying “God will save his people.” I am saying God will save people’s souls.

Do your hearts go out to the enemies of Ukraine? Do you wish for their conversion, or do you wish their death? To be Christian is to wish/ pray for the conversion of sinners, one sinner at a time, starting with yourself. The end of the world would frighten anyone without faith, but I can be scared to die if I want to.

I get almost no attention, and perhaps it’s better for me that way. Look at the dark light the world shines on what it considers just and unjust. Is there any grace in that light? If there is grace in that light, it comes from God trying to bring people to understand the motives of the world (that cannot go to heaven), and understand what God wants. God wants souls to become saints and go to heaven after they die. For now, I can be in my happy place, but for the strict materialist, that happy place is temporary.

I guess consciousness blinks out of existence permanently for the materialist after they die, as if when I blink my eyes, I am not aware of my likeness to Christ, or my sinfulness. The happy place for the materialist is temporary; I would like you to compare this to the eternity of God, goodness, truth, and beauty, and also the bodily resurrection of Christ.

God wants souls to become saints and go to heaven after they die. It’s true, people have become more open/ upfront/ direct with their sin. I confess my sins every day. That means I do an examination of conscience every day. I acknowledge the truth of God’s existence every day. I suffer the effects of sin every day. The fact that people are open, and not closed, means it should be easier to see what kind of contrite hearts he will allow in heaven. Meanwhile, I hoard food, drinks, guns/ ammunition, paper, bleach, gasoline, etc. and prices go up all around me based on demand.

Don’t be a fool. I want to be a witness to the signs of manipulation all around me. Use the skeptical intellect you were given for good reason, for God’s sake. Sure, be ready to fight when the time comes, but choose your battles wisely.

Has anyone ever thought about these extreme events in human history as mid-life crisis, or end-of-life crisis? Mid-life crisis or end-of-life crisis point to our mortality. This is one of my main ideas: we choose our battles, but many people choose to sit behind a computer, camera, or microphone instead. You do see real soldiers/ not virtual soldiers on TV and screens. I’m not talking about a video game here. You do see and hear real journalists reporting from the field, and some of them are captured, and some of them are killed on live television.

You can see/ hear/ sense people talking about the darkness. What do they plan to do about it? I know they have not believed in God for a long time. Are they ready to fight that battle right now? The war in Ukraine will do what it does, soldiers in that area will defend their country/ or try to take a country and its resources. Meanwhile, dread overflows in people’s souls because they don’t want to experience the reality in Ukraine in actuality. People don’t want that to happen here.

The war the individual should be concerned with is our passions. 1. Lust for food, drink, and sex 2. being a control freak, and 3. addiction to pleasure. Those are the passions of the sinner. You can say God and religion plays no part in those passions. I say creation and consciousness is the reason you can’t deny the existence of lust, control, and pleasure being vices/ problems/ bad habits we all deal with. This is why I recommend we deal with this in ourselves first, then we can know what our happy place really looks like. Then you can start to develop love of God if you want to, think about heaven or life after death, or you can remain political. You can stay a materialist if you want to. Otherwise, become wise to Spirit, truth, and God.

My heart goes out to the people suffering the attacks of a totalitarian dictator in Europe. I can join the fight there if I want to. Philosophy (the love of wisdom) says I can choose a good life and a good death. There is honor in a truly good life, and there is honor in a death that brings about good in other people. That’s a Christian imperative. I’m not afraid of that. I have a healthy fear of God, I am also very worried about people that have no idea where the darkness comes from.

Darkness does not come from God. God is the one that brings light to the darkness and brings order out of chaos. 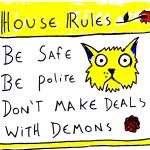 December 12, 2021
Fasting in Preparation for a Celebration
Next Post 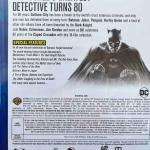 May 7, 2022 Batman and Mother's Day
Recent Comments
0 | Leave a Comment
Browse Our Archives
Related posts from Experience and Reason 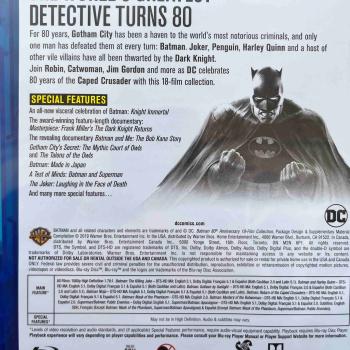 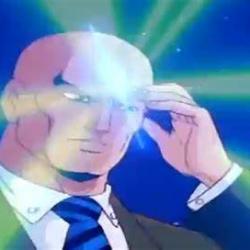 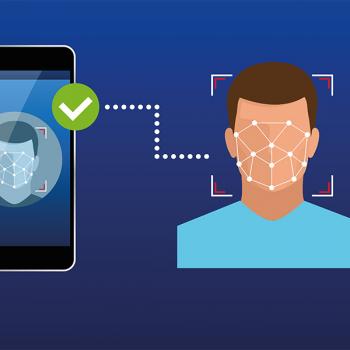 General Christian
The Virtue of Prudence Helps us Discern the...
Experience and Reason 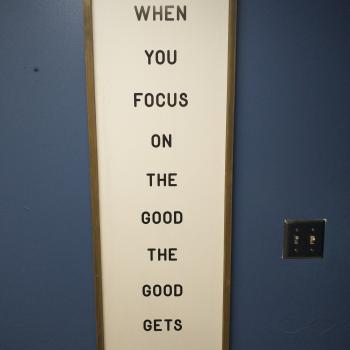