3 Traits of Millionaires in the Making

Do you want to become a millionaire one day? If so, are you on track to reach your goal?

Would you like to know how you can tell if you are? In the best-selling book The Millionaire Next Door, authors Thomas Stanley and William Danko profiled traits of the wealthy.

Let’s take a look at three of these traits.

How Wealthy Should You Be?

The authors created a way of determining whether a person was wealthy or not based on one’s expected level of net worth. Income and age are the determinants of how much a person should be worth.

Here’s the formula for determining your expected level of net worth:

Multiply your age times your realized pretax annual household income from all sources except inheritances. Divide by ten. This is what your net worth should be.

And if you want to be a prodigious accumulator of wealth, or PAW, your net worth should be twice the level of wealth expected. If John had a net worth of $720,000, he’d be a PAW.

Do You Operate On a Budget?

The authors also found that most people became millionaires by budgeting and controlling their expenses. They also maintained their affluent status the same way.

Do you plan your spending according to various food, clothing, and shelter categories? Over 62 percent of the millionaires surveyed know how much they spend each year on food, clothing, and shelter. By sticking to a budget, you control consumption and reduce the chances of allocating too much money to spending categories that aren’t important to you.

The authors also found that for every 100 millionaires who don’t budget, there are about 120 who do.

Although these millionaires don’t budget, they still controlled their spending. How? By creating an artificial economic environment of scarcity. Over half of the non-budgeters invest first – only afterwards do they spend they rest of their income.

This is called the “pay yourself first” strategy. These people invest a minimum of 15 percent of their annual income before they pay the sellers of their food, clothes, shelter, and other items.

If you’d like a budget template to help you start building wealth, it’s included – along with other useful resources – in the free Faith and Finance 10-day course on how to reach Financial Freedom. You can get it here.

Do You Own Stocks? Are You an Active or Inactive Trader?

Almost all (95 percent) of the millionaires surveyed own stocks. Most have 20 percent or more of their wealth in publicly-traded stocks.

Most millionaires, however, do not actively trade their stocks. They don’t agonize over the ups and downs of the market on a daily basis. That should bring you comfort!

Nearly 25 percent hold for between two and four years and 13 percent are in the four-to-six-year category. Almost 32 percent of millionaires hold their investments for more than six years.

In other words, buying and holding stocks is a tried-and-true way for you to become a millionaire. For more information on how to invest in order to earn a million dollars, including the specific item to invest in, check out this post here.

Are you on track to become a millionaire?

August 6, 2012 Six Online Jobs for College Students
Recent Comments
0 | Leave a Comment
"The amount of people deducting tithes from their taxes has gone way down, due to ..."
Mike Stidham Is it OK to Tithe With ..."
"church leaders want us to be rich christians.one/ it looks good for the sake of ..."
s clark 5 Wrong Reasons To Build Wealth ..."
"Yes. Good debt is money spent for work tools or supplies. Or for emergency repair/purchase ..."
bill wald Is There Such a Thing as ..."
"I read through quickly so I may have missed if Mr. Wesley provided for the ..."
chrisew 5 Bible Verses John Wesley Used ..."
Browse Our Archives
Follow Us! 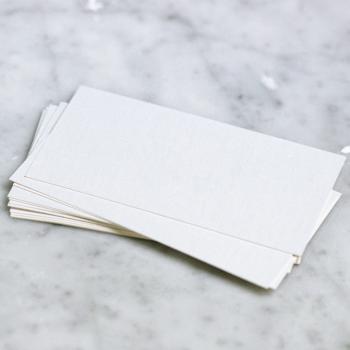 Evangelical
Envelopes: The Glue That Holds Your Budget Together
Faith and Finance

Evangelical
Frugal Is Not the Same As Cheap
Faith and Finance