As we move into the final weeks of 2012 it’s time to begin focusing on the new year ahead, at least as it relates to retirement planning. Hopefully you’ve taken full advantage of the benefits of tax sheltered retirement plans during the current year, at least to the best of your ability. Individual retirement accounts (IRA’s) and 401K plans remain as one of the best tax breaks still available to the average person.

2013 will bring some minor increases in the contribution limits to self-funded, self-directed retirement plans. Increases are based on changes in the Consumer Price Index (CPI), and as has been the case in recent years, that increase has been very small in the most current year.

Still, any increase in contribution limits is a welcome development. Here’s what those limits are looking like for 2013.

The IRA contribution limit is increasing from $5,000 in 2012 to $5,500 in 2013. That’s an increase of 10% and well above the CPI increase. Congress however prefers round numbers, so a one percent increase is rounded up to ten percent.

For those 50 and older, there is also a catch-up provision that allows you to contribute even more to your IRA. The provision adds $1,000 to the basic IRA contribution limit, which means that the maximum contribution for taxpayers 50 and older will rise from $6,000 in 2012 to $6,500 in 2013.

The new contribution limits apply to both traditional IRA’s and Roth IRA’s.

It’s worth emphasizing that the contribution limits are per person, which is to say that a married can couple double those numbers by making a contribution by each taxpayer. In that case, a couple could contribute up to $11,000 for 2013, or as much as $13,000 if they are both 50 or older.

These contribution limit increases also apply to 403B, most 457 plans, and the Federal governments Thrift Savings Plan (TSP).

Just as with IRA’s, 401K’s also have catch-up provisions for taxpayers 50 and older. The provision allows you to contribute an additional $5,500 if you’re 50 or older. The catch-up provision won’t increase for 2013, but when added to the base contribution maximum, a person 50 or older can contribute a maximum of up to $23,000. That’s a welcome come-from-behind opportunity if you need to make up for lost ground.

In general, the increases in the 401K maximum contributions are good news, but you may not be able to take advantage of them, at least not completely.

The maximum contribution amounts are those permitted by the Internal Revenue Service (IRS); employers set their own limits within the IRS maximums. The 401K maximum contribution of $17,500—or $23,000—may be limited by your employer to a certain percentage of your income and/or a fixed dollar amount.

That isn’t as bad as it sounds on the surface however. Many employers offer a company match on a certain percentage of your contributions. A typical match is 50% of the first six percent you contribute to the plan. While the matching contribution still may not bring your contribution up to the IRS maximum, it will bring you closer, and do so with your employer’s contribution, not yours. That’s never a bad deal!

And if the employer contribution match isn’t enough, you can always add an IRA to the mix. Since you’re already covered by your 401K, the tax deductibility of an IRA contribution will be subject to income limits (phase out begins at an income of $59,000 for single filers, and $95,000 for married filing joint). Even if it is, you can still make the IRA contribution and have it grow tax deferred; you just may not be able to deduct the full amount (or any of it at all) from the current year’s taxable income.

November 1, 2012
Filing Income Taxes for a Side Income
Next Post

November 8, 2012 Inexpensive Christmas Party Ideas
Recent Comments
0 | Leave a Comment
"Missoma Discount Codes Shop online for more luxury jewelry for less when you use Missoma ..."
morganalbert What You Need to Know About ..."
"I love the fact that gift giving is really something you should think through. Giving ..."
Kiana Lianne Sy Creative Giving Ideas: 10 Better Ways ..."
"The amount of people deducting tithes from their taxes has gone way down, due to ..."
Mike Stidham Is it OK to Tithe With ..."
"church leaders want us to be rich christians.one/ it looks good for the sake of ..."
s clark 5 Wrong Reasons To Build Wealth ..."
Browse Our Archives
Related posts from Faith and Finance 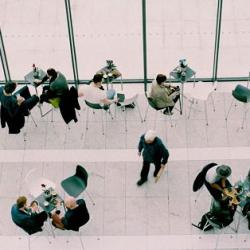 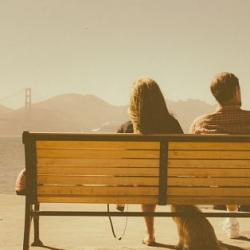 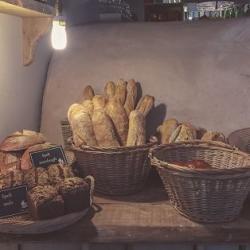 Evangelical
Are You Eating Your Retirement?
Faith and Finance