Why Is My Paycheck Lower?

Following intense negotiations between Republicans and Democrats over the so-called “fiscal cliff,” an agreement was reached to increase payroll and income taxes to tackle the fiscal deficits. Having felt the sting of higher payroll taxes beginning on January 1, 2013, many Americans have been asking, “Why is my paycheck lower?”

The rise in the Social Security payroll tax from 4.2 percent to 6.2 percent of wages affects all workers, regardless of income level. This two percent loss of wages means a person earning $30,000 a year will lose $600 per year. In addition, for couples earning $250,000 and over and single filers earning $200,000 and over there will be a 0.9 percent increase in the Medicare, or hospital insurance, portion of the payroll tax.

The federal payroll tax for employees is made up of the aforementioned 6.2 percent Social Security tax on wages, as well as a tax of 1.45 to 2.35 percent, depending on income, to subsidize Medicare. Before this agreement, all income groups were taxed at 1.45 percent for Medicare. State and local payroll taxes may apply, depending on the jurisdiction. Employers must pay Social Security and Medicare taxes as well, in addition to other taxes based on federal, state and local laws.

For 2011 and 2012, the payroll tax had been 4.2 percent as part of president Barack Obama’s stimulus program. While some have lauded the efforts of Congress to work out a deal to reduce the annual deficits, which add onto the $16.4 trillion and growing national debt, others believe the decreased take-home pay among workers may prevent an economic recovery for 2013. Faced with stagnant wages and a higher cost of living, consumers are likely to cut back on spending as a result of the tax increases.

January 22, 2013 How to Find the Best Life Insurance Company
Recent Comments
0 | Leave a Comment
"Missoma Discount Codes Shop online for more luxury jewelry for less when you use Missoma ..."
morganalbert What You Need to Know About ..."
"I love the fact that gift giving is really something you should think through. Giving ..."
Kiana Lianne Sy Creative Giving Ideas: 10 Better Ways ..."
"The amount of people deducting tithes from their taxes has gone way down, due to ..."
Mike Stidham Is it OK to Tithe With ..."
"church leaders want us to be rich christians.one/ it looks good for the sake of ..."
s clark 5 Wrong Reasons To Build Wealth ..."
Browse Our Archives
Related posts from Faith and Finance 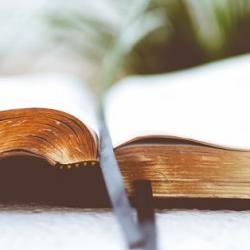