St John Chrysostum (& Other Saints) on Whether Catholic Parents Should Spank.

I came across an interesting sermon by St. John Chrysostum (c. 347-407) titled, An Address on Vainglory and The Right Way for Parents to Bring Up Their Children.  I’m not all the way through yet, but I had to share this bit for those of

you who wonder whether Catholic parents should spank.  I was stunned at what I read.

If thou shouldst see him (your son) transgressing this law, punish him, now with a stern look, now with incisive, now with reproachful, words; at other times win him with gentleness and promises.   Have not recourse to blows and accustom him not to be trained by the rod; for if he feel it…, he will learn to despise it. And when he has learnt to despise it, he has reduced thy system to nought.

Here we have a Doctor of the Church, from the 4th century, counseling Christian parents against the harsh discipline that was the norm of the day.

The birch is used only out of bad temper and weakness for the birch is a servile punishment which degrades the soul even when it corrects, if it indeed corrects, for its usual effect is to burden (c.f., On the Conduct of Christian Schools)

Force, indeed, punishes guilt but does not heal the guilty….In the case of some boys, a reproachful look is more effective than a slap in the face would be. Praise of work well done and blame in the case of carelessness are already a great reward or punishment.  A reproachful or severe look often serves as an excellent means of moral restraint over the young. By it the guilty person is moved to consider his own fault, to feel ashamed, and finally to repent and turn over a new leaf.  Never, except in very extreme cases, expose the culprit publicly to shame. Except in very rare cases, corrections and punishments should be given privately and in the absence of companions; and the greatest prudence and patience should be used to bring the pupil to see his fault, with the aid of reason and religion.  To strike a child in any way…must be absolutely avoided…[these punishments] greatly irritate the child and degrade the [parent].

In my previous research, I had seen references from Catholic educators going back to the 1700’s (St. Jean Baptiste de la Salle 1651-1719) eschewing corporal punishment, but Chrysostum’s injunction against a parenting practice that is common even today shows that there has been a unique relationship between Christianity and gentle discipline going back to the Patristic era, which even I couldn’t have imagined.  This finding really offers some food for thought.   To me, at least, it shows that the Church has been encouraging Catholic families to bear witness to a different and more loving model of family life from its earliest days.  That shouldn’t surprise us, I suppose, but considering that most parents today think that being a good Christian parent requires an almost sacramental devotion to corporal punishment, I think it would be surprising for a lot of well-meaning moms and dads.

If you would like to follow the advice of these saints and others, Parenting with Grace:  The Catholic Parents’ Guide to Raising (almost) Perfect Kids offers dozens of techniques and ideas that can help you use gentle methods to achieve even higher standards of behavior than you could with corporal punishment.  If you are looking for a truly Catholic approach to childrearing; if you’re ready to begin parenting with the loving spirit the saints have counseled us to have toward our children going all the way back to the 4th century, check out Parenting with Grace.

November 13, 2013
Build a Marriage that Taps Into God's Love: The Popcaks on Christopher Close-Up
Next Post

November 19, 2013 "Mothers Aren't Important" Or Another Reason "Nobody Does Childhood Like the English"
Recent Comments
0 | Leave a Comment
"I disagree with the notion that atheist=selfish and therefore any morality they display is purely ..."
carbonatedcarly Good Without God: Part 3 in ..."
"The need to de-label something as an "addiction" also assumes a way of thinking about ..."
Jared B. New Research Suggests Porn is NOT ..."
"Dr Greg....I'm going to try this again. Have you read / reviewed the book "31 ..."
Needing Answers “You Make Me Sick!” The Surprising ..."
"Sheila, seriously, get in touch with a local Naprotechnology specialist. They're commonly misunderstood to be ..."
Marek Kaszycki The Terrible, Horrible, No Good, Very ..."
Browse Our Archives
Follow Us!

Did the Mainstream Media and Bill...
Public Catholic
Related posts from Faith on the Couch

Catholic
Bringing Small Children To Mass
Faith on the Couch 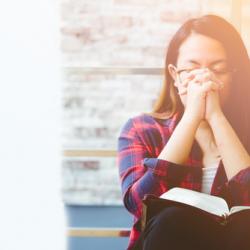 The Consolation of Poetry
As a human community, we’ve been going through a tough time, to...
view all Catholic blogs
What Are Your Thoughts?leave a comment
Copyright 2008-2020, Patheos. All rights reserved.