It surprises many people that the Church will be canonizing both Pope John XXIII and Pope John Paul II this Sunday, April 4/27.  Most of the commentary I’ve read sees

this in political terms. That is to say, the perception by many secular observers seems to be that the Church is throwing a bone to liberals by canonizing their guy while the Church throws a bone to conservatives by canonizing their guy.   I doubt there is much to this political angle, but I think there is a deeper, much more significant reason the Church is declaring both of these great men to be saints on the same day.

Pope John XXIII ushered in the reforms of Vatican II. His successor, Pope Paul VI saw them through, but Pope John XXIII got the ball rolling.  One of the  most important emphases of Vatican II was the “Universal Call to Holiness” (more specifically spelled out in Lumen Gentium). The Church has always called all people to lead holy lives, but prior to the reforms of the Council, the Church had popularly fallen into the perception that true holiness was largely reserved to priests and religious.  Vatican II stood in strong opposition to that trend and challenged the whole Church, not just priests and religious, to be holy and pursue ever greater holiness by embracing even deeper conversion to Christ.

Pope John Paul II was really the first Pope to reign in the fully post-conciliar Church.  Yes,  Pope Paul VI saw the reforms of VII to their conclusion and beyond but he was the architect of the council.  It always has to be left to successors to understand how it will play out.  Pope John Paul I wasn’t around long enough to leave his mark and, as such, it fell to Pope John Paul II to define what the Universal Call to Holiness actually looked like.

I think that JPII’s Theology of the Body–his attempt to present an “adequate anthropology”–was, in large part his attempt to answer the question, “What does the universal call to holiness look like in practice?”

This is exactly what the TOB does for the human person.  TOB discusses where we come from, what we were destined for, what became of  us and how we are to live now so that we might reclaim our inheritance.  It discusses the nature of the relationship between men and women (in general), husbands and wives (in particular), and what it means to be a person living in communion with other persons.  It promotes a sacramental worldview as applied to every day life as well as all the things that that laity is so consumed with–including sexuality–and helps every man woman and child understand the holiness that can be gained by following what St. Therese the Little Flower (whom JPII declared a “Doctor of the Church”) the “little way”; that is, doing even small things with great love.  In short, it seems to me that Pope John Paul II’s entire pontificate was dedicated to describing how to live the blueprint Pope John XXIII drew.

This weekend, the Church will celebrate the legacy of two great and holy men whose vision laid out a plan the rest of us could use to discover our destiny in Christ, and fulfill that destiny by looking for little ways to make a gift of ourselves to the world so that all of us might, one day, be one in him.   In a sense, Pope St. John XXIII and Pope St. John Paul II are the bookends of Vatican II.  As they are canonized this weekend, I pray that their intercession will see the fulfillment of the good work they started. 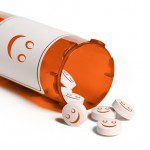 April 15, 2014
The Gates of Hell Will Not Prevail Against You: Mental Health, Medication, Healing, and Holy Week
Next Post 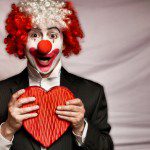 April 29, 2014 Who Says, "I love you" First? Men or Women?
Recent Comments
0 | Leave a Comment
"I disagree with the notion that atheist=selfish and therefore any morality they display is purely ..."
carbonatedcarly Good Without God: Part 3 in ..."
"The need to de-label something as an "addiction" also assumes a way of thinking about ..."
Jared B. New Research Suggests Porn is NOT ..."
"Dr Greg....I'm going to try this again. Have you read / reviewed the book "31 ..."
Needing Answers “You Make Me Sick!” The Surprising ..."
"Sheila, seriously, get in touch with a local Naprotechnology specialist. They're commonly misunderstood to be ..."
Marek Kaszycki The Terrible, Horrible, No Good, Very ..."
Browse Our Archives
Follow Us!

Words of Pope Francis at Prayer...
Labyrinthine Mind
Related posts from Faith on the Couch

Catholic
Not a Gumball God - A Gospel Meditation...
Faith on the Couch
TRENDING AT PATHEOS Catholic