What Stage is Your Faith?

We have a tendency to think that faith is faith.  But we all recognize that faith grows and changes with time.  What if faith evolved over specifically definable stages? 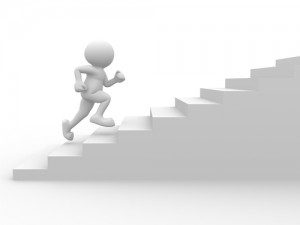 In his classic book, Stages of Faith:  The Psychology of Human Development and the Quest for Meaning, Dr. James Fowler looks at how faith evolves over time. He identifies 6 Stages of Faith Development.   It’s important to note that while most of us think of faith in more religious terms,  Fowler isn’t necessarily referring to supernatural faith.  He imagines faith in more naturalistic terms–as the innate human search for meaning, purpose and significance.  Sometimes faith can be expressed through belief in a supernatural God or religion.  Other times, faith is expressed in less mystical ways.  Either way, the search for meaning, significance, and purpose in life is a universal human experience and whether you are a believer in a supernatural religion or not, your experience of faith (as defined as the search for meaning, significance and purpose) will evolve through discernible stages.

As we go through each stage, see if you can’t identify friends and family that match each stage (and try to guess where you might be)!

Stage One–Intuitive-Projective Faith:  This is the faith of toddlerhood and early childhood (about 0-3).  This is the time when one first starts hearing and exhibiting some basic understanding of the nature of one’s parents search for meaning, significance and purpose.  For instance, in religious households, children start recognizing there is some significance to words like, “God”, or “Jesus” or “Church”  even though these words still have little practical meaning to the child.  At this stage, the child intuits what these words mean from his parent’s example, and projects his relationship with his mom and dad onto the faith object (i.e., “God”, “Jesus”, “church”, etc).  In other words, whatever he feels toward mom and dad, he will feel toward these faith objects.   Secure bonding between parents and children is especially important at this stage as the attachment style the child has serves as an early catechism for feelings toward and about God and faith.

Stage Two–Mythic-Literal Faith:  This the faith of early childhood into middle childhood.  This is the time when the child learns the meaning-making stories of his parent’s faith-belief system; bible stories, saint stories, morality stories, etc.  These stories communicate meaning and significant truths in a simple manner even children can understand as they tend to have emotional resonance.  At this stage, children tend to believe these stories are literally true.  Any lessons or deeper meaning to be taken from these stories tends to be seen as a distant second.   The stories are important simply because they are “our stories.”   These stories will need to be internalized by the child before he is able to play with and reflect on the different levels of meaning that can be transmitted by faith-stories (for instance, the 4 senses of scripture).   This stage can often be accompanied by a tribalism that, on the positive side, gives the child a sense of belonging, but on the negative side can create suspicion toward people who are different.

Stage Three–Synthetic-Conventional Faith: This stage of faith first comes online in adolescence.  This is the time when the person tends to see faith in terms of its ability to facilitate easy social relationships.  Having internalized the faith-stories he learned in stage 2, the person begins reflecting on how faith orders and impacts his relationships with others.  At this stage, much of a person’s faith journey is expressed in the search for a supportive community of people who  can make that person feel welcomed and affirmed.  The person at the Synthetic-Conventional stage tends to tacitly accept many of the teachings of his faith community without having really reflected deeply on them.   Because these truth-claims aren’t deeply understood, problems can enter in if these teachings negatively affect the person’s relationships or feel, somehow, unwelcoming. Doctrines that seem “mean” or “too hard” are either quietly laid aside or outright rejected for the sake of social convention.

Many people stay at this stage for life.  Moving through this stage tends to require a welcoming social group that supports the beliefs and practices of the particular faith group.  Alternatively, if the person’s social group is hostile to the beliefs of that persons faith-group, the person may either encounter a serious crisis where they abandon their faith,  or their faith development will become stuck in a state of perpetual, enmeshed, rebellion where they can’t leave (because of the relationships they have formed within the group) but they can’t accommodate to the doctrines (because those doctrines complicate their relationships).

Stage Four–Individuative-Reflective Faith:  This is typically the faith stage of early to middle adulthood.  At this stage, the person begins reflecting more seriously and critically on the faith stories he learned in his youth.  This person is prompted to ask hard questions about why certain things are true, in what contexts they are true and what levels of truth these stories convey.  At best, this stage allows for tremendous growth in understanding and wisdom of one’s faith traditions.  This can also be a time where a person becomes more suspicious of “easy answers” and tends to look down his nose at people who seem just a little too sure of themselves (especially the Stage 2 people he knows).  This stage is very susceptible to a kind-of syncretistic faith where everything is true and the only thing that matters is that whatever you believe brings meaning to your life.

People at this stage can tend to become fairly pleased with themselves for having had the courage to ask hard questions about their beliefs and other’s beliefs as well.  They often believe that this stage is the pinnacle of faith development when, in fact, it is merely the gateway to a mature faith.   Many people stay at this stage for life, becoming perpetual questioners/seekers.  Others, who have a more successful experience in this stage, use their experiences to come to a new level of maturity and understanding about the different levels their faith and their faith traditions operate on, leading to the beginnings of an individual, reflective, personally meaningful and coherent belief system.

Stage Five–Conjunctive Faith: This stage is usually consistent with middle-to-late adulthood, though, depending upon how intentional one has been about one’s faith life, one can come into it much earlier, much later, or never.   Conjunctive faith is characterized by three things:  First, a certainty about one’s own beliefs.  Second, a willingness to experience a “willed naivete” (i.e., a willed humility and acceptance) about certain beliefs or practices one used to reject or look down upon.  Third, a willingness to be generous toward others'(potentially) contradictory beliefs without lapsing into syncretism.  At the conjunctive stage, one tends to look for the deeper truths that connect more superficially polarized concepts.  For instance, the person at the conjunctive stage has learned to do a good job of being both just and merciful–and thus truly pastoral–in his dealings with others.  Or, for another example, the person at the conjunctive stage may have had to work very hard to understand that the “angry, warrior-God” of the Old Testament is really the same as the “loving, good shepherd God” in the New Testament (be careful, though, these are just illustrations, not “tests” of being in this stage).

At the conjunctive stage, the person may tend to re-examine certain beliefs or faith practices that he formerly rejected or looked down upon.  The character of this stage of faith journey is the quest for a wholistic faith that makes connections between disparate concepts without fudging the truth.  Being in the conjunctive stage is a bit like being the parent who, having built a bicycle for his child, decides to go back and figure out what to do with all the pieces that were left over (even though the bike still seems to work well-enough as-is).  This is what most would consider mature faith.

Stage Six–Universalizing Faith:  If Conjunctive Faith is mature faith, Universalizing Faith is saintly faith.  At all the previous stages, the person is more of a student of his faith.  At this stage, the person tends to be seen as an exemplar of his faith.  Regardless of the particular faith tradition that might be represented, this stage is characterized by a certainty of one’s own beliefs, a generous openness to the journey others are on, a sincere compassion for one’s fellow man, kindness, and the ability to be genuinely present, that is, to make the people they are with feel a sense of significance and sacredness just by keeping company with them.

Regarding this last quality, I think of the stories I have heard from people who were in Pope St. John Paul the Great’s presence who said that even if there were 100,000 people around them, for the moment they were with him, they felt like they were the only person in the world who mattered.  Obviously, achieving this stage of faith is very rare but it is observable.  If you think of the handful of people who you might consider to be truly holy, who are known for both their strength of faith and their genuine openness of heart, you will have a good sense of what I mean.

So, What Stage Are You?

These stages are still somewhat controversial as they have proven to be hard to validate empirically.  Nevertheless, they represent the best attempt, to date, to articulate a coherent vision of what faith is and how it evolves.  So back to the original question.  What stage are you at?  And what do you need to do to grow your faith from the point you are at to the point you are called to be? 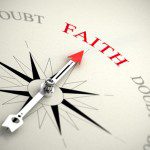 May 5, 2014
Faith, Spirituality, Belief, Religion...What's the Difference?
Next Post

May 8, 2014 The Devil Went Down to Harvard (w/Apologies to Charlie Daniels)
Recent Comments
0 | Leave a Comment
Browse Our Archives
Related posts from Faith on the Couch