Servant of God, Fr. Patrick Peyton, is famous for the slogan, “the family that prays together, stays together.”  In our books, our radio program and counseling practice, we strongly recommend both 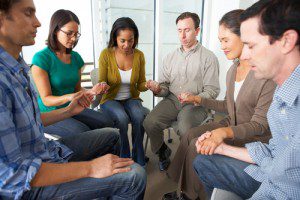 couple and family prayer as a way of increasing intimacy and responding to the differences that can divide.  Of course, this isn’t just true for families.  Prayer is the means by which Jesus’ own wish that all might be one in him (John 17:21) will be fulfilled.  As Pope Francis has demonstrated repeatedly and, in particular in his spiritual intervention with Shimon Peres and Mahmoud Abbas, prayer is the way to peace.  In fact, the researchers assert that despite popular concerns that prayer in public institutions would lead to conflict, the reality is quite different in that prayer is a uniting, not a dividing force.

A new study from the University of Connecticut reveals the power of prayer to reach across cultural divides and build bridges in  organizations that make prayer a common practice even when its membership is made up of people from diverse backgrounds.  The study finds that interfaith group prayer serves as a “bridging cultural practice” in multi-faith community organizations.

“The prayer practices we observed appear to play a crucial role in binding participants together across significant racial and socioeconomic differences,” says sociology professor Dr. Ruth Braunstein of the University of Connecticut.

“They do this by being inclusive of multiple faith traditions, celebrating the diversity of the group, and encouraging individuals to interact with each other.”

The study, published online this month and scheduled to appear in the print edition of the American Sociological Review, consists of data from a national study of multi-faith community organizing groups.

These groups organize primarily through religious congregations in an effort to build civic coalitions that address a variety of issues, from health care access to crime. Such groups tend to be both racially and socioeconomically diverse.

Additionally, more than half the board members of the faith-based groups earn less than $50,000 a year.

What Braunstein and her fellow researchers discovered is that, far from being a source of division, religious practices play a unifying role in such groups, even in those — like the one where Braunstein did her fieldwork — that include members from Christian, Jewish, and Muslim faith traditions.

Such prayers are defined by the authors of the study as a “bridging cultural practice,” meaning an activity that’s used to build shared identities across differences.

By analyzing data from the National Study of Faith-Based Community Organizing Coalitions, the researchers found that the greater a group’s diversity, the more likely they were to incorporate “bridging prayer practices” like prayer vigils into their regular activities.

“American society can learn a lot from organizations that are struggling honestly to embrace diversity….” said Wood. 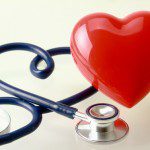 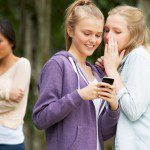 A Look At The Watchtower aka...
The Pursuit of Holiness
Related posts from Faith on the Couch