Cardinal Kasper and the Terrible, Horrible, No Good, Very Bad Idea (and A Better Solution–If I Do Say So Myself)

In preparation for the Extraordinary Synod on the Family, many people of good will are floating a lot of different ideas about how the Church should approach various challenges like annulments. (To

read my own previous writings on the annulment issue, including my recommendations for improving the annulment process, go here, here, and here.)

Cardinal Kasper, former President for the Pontifical Council for Promoting Christian Unity, recently waded into the debate with his own suggestion about how to handle the annulment issue.

Before I share his proposal and offer a critique of what I understand the Cardinal to be suggesting, let me say that my post, despite my cheeky headline (with apologies to Judith Viorst), is, in no way, meant to suggest that the Cardinal or anyone else who supports his idea is anything less than a truly faithful son of the Church.  I believe he, and America magazine–which recently endorsed his proposal–truly do have the best interest of couples in mind. I also think that we all agree that the annulment process, as it is currently explained and practiced, is an unmitigated disaster and is in desperate need of significant reform.   Nevertheless, their good intentions don’t mean that Cardinal Kasper’s proposal isn’t a terrible, horrible, no good, very bad, idea.

Here is the Cardinal’s proposal, as described by America.

If a Catholic who is divorced and civilly remarried, without a decree of nullity, “repents of his failure to fulfill what he promised before God, his partner and the church in the first marriage, and carries out as well as possible his new duties and does what he can for the Christian education of his children and has a serious desire for the sacraments, which he needs for strength in his difficult situation, can we after a time of new orientation and stabilization deny absolution and forgiveness?”

First, the question of forgiveness is misleading.  OF COURSE we should never deny a person forgiveness.  Mercy absolutely needs to be generously extended in every way we can.  But mercy can’t be properly administered if we aren’t clear about the problem we’re being merciful about.  Cardinal Kasper’s suggestion errs because it considers the challenge of normalizing the second marriage as the primary problem but it ignores the real problem, which is that the first marriage is still valid and any attempt at a subsequent marriage is adultery.  Jesus himself says so (Matt 19:9).  No matter how sorry I am, I can’t repent of adultery by going home and committing more adultery–even if my adultery is “orientated and stabilized.”

Further, I would respectfully suggest that Cardinal Kasper makes the common and tragic error  of divorcing pastoral theology from soteriology.  As pastoral theologian, Andrew Purves argues, you simply can’t have an authentic pastoral theology without a healthy soteriological sensibility.   In other words, in the rush to be merciful, it is too easy to throw the call to transformation, to metanoia, under the bus.  In doing so, you do exactly what Pope Benedict counseled against in Caritas et Veritate, reducing love and mercy to mere sentimentality by fudging essential truths.

Nevertheless, the current situation is a real problem that needs to be solved.  Here is my counter-proposal (which I explain in somewhat more depth in the links I posted above).

1.  Stop requiring civil divorce before hearing an annulment case.  This is an administrative policy, not a requirement of canon law and frankly,  it imposes an undue burden on couples out of a   bureaucratically chickensh*t desire to kowtow to lawyers who worry–absurdly, I might add–about exposing the Church to alienation of affection lawsuits.  All this practice does is put couples in a bind and  make the Church look petty, redundant, and mean by forcing the couple to drag things up that should have been dealt with on the front end of the process.  Require couples to seek annulments first –before divorce–except in cases of documented domestic violence.  This will enable couples to get the Church’s help and counsel early on instead of forcing couples to handle things for themselves and then asking the Church to function like some kind of ex post facto spiritual “fixer.”

2.  Insist, no, require, that all couples who get civilly divorced without the benefit of #1 above to submit to the annulment process as soon as possible to remain in good standing with the Church.  Don’t say, “It’s up to you if you want to.”  Require it and explain the requirement as an attempt on the part of the Church to provide pastoral support to those who are struggling with the aftermath of divorce.    Again, failing to do so forces people to handle the worst aspects of divorce without any formal support or counsel from the Church. Requiring people to go through annulment asap after a civil divorce gives the Church every chance to find ways to support the faithful who are struggling through this painful time.  Plus, doing this prevents people from waiting until they start to date to begin looking into the process ex post facto  and ending up with the problem I described in the last sentence of point #1 above.

3.  Allow annulments for those who were demonstrably poorly formed in the faith or the Catholic understanding of marriage.  It is unjust to hold people accountable for promises they made in ignorance.  The Church requires consent for a sacrament, but you can’t consent to something you are ignorant of.  Instead we should be putting the responsibility where it belongs–on the Church and its ministers–not the poor couples who have no idea what they’re agreeing to because no one told them in the first place.  If the Church fails to properly form couples, let the failure of those marriages be on the Church not the couple.

I genuinely believe these solutions would be a vast improvement over the current process.  I thing that they would address Cardinal Kasper’s concerns about placing mercy at the center of the process while simultaneously respecting–in an authentic way–the indissolubility of marriage.

Of course, this is just my modest counter-proposal.  What do you think?  Post your thoughts in the comments below! 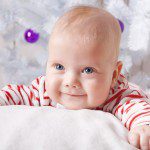 September 9, 2014
Shocking Study: Autism May Be Curable if Treated Much Earlier
Next Post

September 12, 2014 Your Marriage IS Worth Saving--And YOU Can Save It.
Recent Comments
0 | Leave a Comment
"I disagree with the notion that atheist=selfish and therefore any morality they display is purely ..."
carbonatedcarly Good Without God: Part 3 in ..."
"The need to de-label something as an "addiction" also assumes a way of thinking about ..."
Jared P. New Research Suggests Porn is NOT ..."
"Dr Greg....I'm going to try this again. Have you read / reviewed the book "31 ..."
Needing Answers “You Make Me Sick!” The Surprising ..."
"Sheila, seriously, get in touch with a local Naprotechnology specialist. They're commonly misunderstood to be ..."
Marek Kaszycki The Terrible, Horrible, No Good, Very ..."
Browse Our Archives
Related posts from Faith on the Couch