The Crux of the Matter: Catholics and Contraception–A Challenge to Margery Eagan.

The Crux of the Matter: Catholics and Contraception–A Challenge to Margery Eagan. January 21, 2015 Rachael Popcak and Dr. Gregory Popcak

Over at Crux News the other day, Margery Eagan posted a column indicating that she was “devastated” that Pope Francis crushed her hopes for reform on pelvic issues by affirming Pope Paul VI’s

She goes on to share how shocked she was by Pope Francis’ backward attitudes about contraception.  Doesn’t he know that contraception is the key to a healthy romantic sex life (she’s apparently unaware that the pill kills libido)?  Doesn’t he understand that the pill has led to freedom for women (because she is apparently unaware of the inequality of the hookup culture that is so damaging to women)?  Doesn’t he know that contraception is the key to ending poverty and  world hunger (because condoms are both  so tasty and the progressive Catholic part of a complete breakfast)?!?   In other words, the typical “let them eat condoms” faux-social-justice, feelings-before-faith, stuff one often hears.

Because it’s such well-trod terrain, I wouldn’t normally bother to address her column except that people like Eagan really don’t understand how many people they are hurting, not really because of the confusion they spread–there’s already so much confusion on these points that one person’s drivel will ultimately come out in the wash–but because of the fact that their constant agitation gets in the way of the Church ever being more pastoral on these topics.  What do I mean?

Well, we all know that the Church does not oppose family planning.  In fact, she proposes a very reliable  means of avoiding pregnancy through Natural Family Planning.  In fact, as I recently noted, even CNN is taking note of the rising, popular interest in NFP.  The problem is that NFP can be difficult to practice. Not so much because it is all that complicated–it isn’t and it’s getting easier all the time. Rather,  it necessarily involves some degree of sacrifice and self-discipline and couples can struggle to understand how to deal effectively with the tension and frustration that can result from periodic abstinence.  And this is where people like Egan are–albeit unintentionally, I’m sure–a real obstacle to the pastoral efforts of the Church to couples.

Even if, as writers like Eagan would have you believe,  only about 3% of Catholics practice NFP, that means there would be more NFP-Catholics in the US alone than there are Episcopalians (1.8 million vs. 2.3 million respectively).   The Church really needs to do a better job supporting those Catholics who are trying with all their might, and against significant cultural pressure,  to live faithfully, but it can’t.  Why?  Because the second it tries to be more pastoral at all, the Egans of the world hijack that effort and say, “See!  The Church is FINALLY admitting it’s wrong!”  At which point the Church has to stop what it’s doing and patiently explain, yet again, that “No Virginia, there is no doctrinal revolution.” and “Yes, Virginia, the Pope is still Catholic (and in other news, Generalissimo Francisco Franco is still dead).”

Any institution only has so many resources.  Because of the advocacy of folks like Eagan, the Church has to spend all of its energy defending itself against willful stupidity, leaving it with precious little energy to do anything useful on this front for the honest-to-goodness, flesh and blood, real-life couples that are striving to serve as a witness to the world that the Church does, in fact, actually know what it’s talking about.  Too often, writers  like Eagan, give the impression that they would rather deny these couples’ inconvenient existence–or at least discount their honest experience (as she does in her rather dismissive follow-up column).

Perhaps I shouldn’t be so hard on Margery (bless her heart). After all, in her follow-up column she did plug my book, Holy Sex!  (which her colleague, John Allen, said read like, “Dr. Ruth meets St Thomas Aquinas) as well as Patrick Coffin’s Sex Au Naturel . Granted, she references them in a  tongue-in-cheek, “I wouldn’t read this crap, but you can,” sort-of way, but a mention is a mention and I thank her.

But after thinking on it for a few days, I decided to respond to her columns on this topic because, unlike Eagan, I actually spend my days in the trenches working with Catholics who really are trying, with all their hearts, to be what they genuinely believe Christ is calling them to be.  Couples who have invited Christ to be the Lord of every part of their lives, including their bodies and the most intimate parts of their marriage.  They do it out of love and they do it with a real heart of sacrifice and faith. I see how much these couples would really benefit from just a little more support from the very Church whose ideals they’re trying to live up to and I see how impossible it is for the Church to provide that support because its emotional and pedagogical resources are being taxed by the histrionics of the Egans of this world.  I, for one, am more than a little tired of watching those faithful couples go it alone so that Margery & Co. can feel affirmed in their okayness.

A Challenge to Margery Egan

In her follow-up column, Eagan calls herself as a “journalist.”  Indeed, from her bio,  it appears that she has some actual experience here. I would like to invite her to make good on that claim.  I’ve never gone to J-school, but as I understand it, a journalist is supposed to at least offer the pretense of being unbiased and go through the motions of becoming informed, something Eagan hasn’t bothered to do in either of these two pieces I’ve referenced.  If she really wants to be a journalist and contribute to authentic dialog, I challenge her to actually talk  to the faithful Catholics I know who are living the truth of the Church’s teachings on sexual ethics.  I challenge her to read the books she links with one hand but patronizingly dismisses with the other.  You want dialog?  Let’s dialog.  I have no interest in changing your mind, Margery.  That’s the Holy Spirit’s job.  But I am interested in challenging your self-righteous desire to wish Catholics like me and the people I serve out of existence.  We’re here.  We’re sincere.  Get used to it.  If you’re honestly interested in following Pope Francis example of encounter, here’s where you can find me. 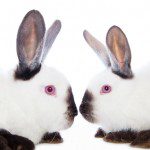 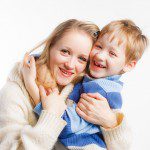 January 21, 2015 Hugs Not Drugs? Physical Affection Fights Disease, Study Says
Recent Comments
0 | Leave a Comment
Browse Our Archives
get the latest from
Catholic
Sign up for our newsletter
POPULAR AT PATHEOS Catholic
1