Is Religion Important To Happiness? Studies Expose Divide Between Perception and Reality

Is Religion Important To Happiness? Studies Expose Divide Between Perception and Reality May 7, 2015 Rachael Popcak and Dr. Gregory Popcak

A new study revealed that people’s view of what’s necessary for happiness has changed significantly since 1938.

Researchers  found that in 1938 security, knowledge and religion were seen by participants as being the three most important aspects of happiness. In 2014 security was still in the top three, but good humour and leisure were in first and second places.

Religion, which was seen as the third most important factor in 1938, had fallen to tenth (and bottom) place in 2015.

When it comes to luck, in 1938 and in 2014, 40 per cent of people believed it was important to happiness. In 2014, 77 per cent answered “No” to the question “Do you think your happiness is directly linked to material possessions and wealth?.” Although security had been highly rated in 1938, wealth by itself was not.

Sandie McHugh said: “The overall impression from the correspondence in 1938 is that happiness factors were rooted in everyday lives at home and within the community. In 2014 many comments value family and friends, with good humour and leisure time also ranked highly.”  READ MORE

Interestingly, research in positive psychology–widely considered to be “the science of happiness”–suggests that the things contemporary respondents identified as necessary for happiness (leisure, good humor) aren’t really the best way to secure lasting happiness.   Positive psychologists make a distinction between “hedonic” happiness–which is rooted in the pursuit of pleasure and enjoyment and the avoidance of conflict–and “eudaimonic” happiness which has more to do with the pursuit of virtue, personal growth, and intimacy.  Researchers refer to eudaimonic happiness as “authentic happiness” because it has much more staying power than hedonic happiness and does much more to contribute to both our physical health and our general sense of well-being.  In fact, as the previous link notes, the more a person pursues hedonic happiness the worse their physical and mental health tends to be while exactly the opposite is true regarding the pursuit of eudaimonic happiness.

What this most recent study comparing attitudes towards happiness in 1938 versus contemporary attitudes shows is not so much that people’s sense of what actually makes them happy has changed, but that people’s awareness of the reality of what can and will make them happy has changed.  In short, people today want to be happy as much as they ever did, but they have less an idea of what living a happy life actually requires of them.  Religion may be at the bottom of contemporary people’s idea of things that contribute to happiness, but the truth is that religion reminds people of the importance of virtue, and personal growth and intimacy–the very building blocks of authentic happiness. The sooner folks discover this, the happier we will all be. 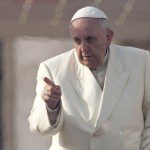 May 7, 2015
The Pope Said WHAT About Marriage?!? Here's the Surprising Truth About the Catholic Vision of Love.
Next Post 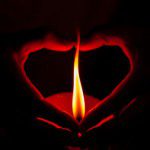 May 7, 2015 Be Not Afraid: God's Plan for The Fulfillment of All Your Deepest (and even Darkest) Desires--REVEALED!
Recent Comments
0 | Leave a Comment
Browse Our Archives
get the latest from
Catholic
Sign up for our newsletter
POPULAR AT PATHEOS Catholic
1