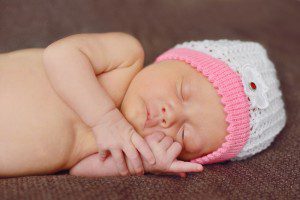 Two pediatrician brothers claim they have developed a “new” method of getting babies to sleep.  And, incidentally, I put “new” in quotes because their method is scary-similar to the method recommended by Babywise authors Gary and Marie Ezzo which was eventually condemned by the American Academy of Pediatrics because it caused failure to thrive and dehydration in babies.  How many ways can I say that this is a terrible, horrible, no-good parenting idea?  (Click here to read the FoxNews article)

Everything Old is New Again.

Well everything old is new again and Drs. Jassey and Jassey argue that children shouldn’t eat more often than every four hours (which is nonsense) so if they want to eat more frequently (which most do), then they will wake up through the night also wanting to eat (Well, ok…).  So, what’s the logical solution?  The good doctors’ answer is to refuse to feed your baby more frequently than four hours apart.   That’s right.  Just don’t feed your kid so darn often.  This supposedly “trains” the baby’s “hunger receptors to acclimate to a specific feeding schedule.”  WHAT UTTER QUACKERY!

The “explanation” for why this method works is complete wishful thinking.  I know of no evidence to suggest that the Jassey bros.’ theory actually constitutes the method of action for their technique.  Where is their proof that hunger receptors in baby’s can be trained by this method?  I defy them to produce any evidence to backup this wishful thinking.   Heck, I don’t even need proof.  Show me a peer-reviewed study that shows brain imaging that basically substantiates this claim.   I’ll happily wait while you look, but I won’t hold my breath.

More likely, the baby simply develops learned helplessness.  As with the Cry It Out method for “sleep-training, evidence would suggest that this new sleep training “method” of food-spacing teaches baby’s that crying doesn’t work to get their needs met. Therefore the baby just learns to stop trying to communicate to mom and dad.  While there is no evidence I know of to support the Jassey’s claims of being able to reset a baby’s hunger receptors, there is a great deal of evidence to suggest that cry it out methods for sleep and, now, feeding, induce learned helplessness in infants, which puts children at high risk for future depression and other mental health problems.

You CAN Get the Sleep You Need WITHOUT Depriving Your Child!

I understand the desperation that motivates parents to try these techniques.  Parenting infants is hard work and sleep-deprivation makes doing that work so much harder. But there is good news!  There are sensitive and effective ways to get your baby to sleep AND get the rest you need.  Here are a number of great tips to get you started.    For more ideas on how to get your baby to sleep and meet your sleep needs as well WITHOUT having to force your baby to both go to bed hungry and cry it out to boot, check out Then Comes Baby: The Catholic Guide to Surviving and Thriving in the First Three Years of Parenthood 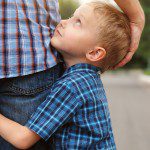 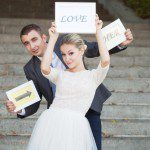 Go Ahead. Take Down Statues of...
Public Catholic
Related posts from Faith on the Couch

Fundamentalists or Scratch-off Atheists?
Fundamentalists claim to be big on truth and why it matters, but...
view all Catholic blogs
What Are Your Thoughts?leave a comment
Copyright 2008-2020, Patheos. All rights reserved.