Earlier this month, there was a tremendous conference put together by moral theologian Janet Smith and Courage (a faithful Catholic org supporting people living with same-sex attraction) called Love One Another As I Have Loved You: Welcoming and Accompanying Our Brothers and Sisters with Same Sex Attraction.

The conference has generated a fair amount of public comment, and some of it has been quite critical  (see here and especially here).  Dr. Janet Smith has been ably and charitably responding to these comments, most notably in OSV.

As you will see if you click the links, most of the controversy–such as it is–surrounds whether certain orthodox Catholics who are public about their faithful struggle to live chastely with same-sex attraction should have been included.  In particular, the objections center around these particular individual’s participation in something called the “spiritual friendship project” which, though intended to be a genuinely faithful response, presents some new approaches to the conversation and is sometimes portrayed as contradicting the classic ministry model advocated by Courage.

I was, unfortunately, unable to attend the conference because of another speaking engagement, but I have spoken with several people who did attend and were genuinely blessed by the conference.  Moreover, I have a passionate interest in this topic and am incredibly grateful to Janet for helping to put on this event. I’ve closely followed the post-game discussions, pro and con, and I have to say that, based upon what I’ve heard and read, it seems to me that this conference succeeded tremendously at the kind of dialog that other groups merely pay lip service to. This conference included a healthy variety of voices that were all at least genuinely attempting orthodoxy. Whether or not others would judge them as successful in the attempt is beside the point. Despite the significant difference in perspectives, not one person at this conference was attempting to stick a finger in the Church’s eye. There was a rich, authentic diversity of opinions expressed by people who were all honestly striving to be faithful sons and daughters of the Church. It’s one thing to disagree with some of the comments or opinions expressed, but to stand in judgment of any of the people who participated in this event strikes me as churlish. We can’t just keep saying the same damn things the same damn way to the same damn people and expect to make any headway. No, we can’t and shouldn’t even attempt to change doctrine, but freely debating best approaches to pastoral practice in an environment that assumes orthodoxy is a beautiful thing. I’ve absolutely read some things that were said at the event that made me uncomfortable, but I’ve read nothing that was heterodox or advocating an anti-church agenda. When it comes to discussing this particular issue with a bunch of Catholics, that’s pretty much a miracle. And, you know what, if I hadn’t read at least a few things that made me uncomfortable (and still represented a genuine attempt at orthodoxy) I would have judged the event a failure. If want to be confirmed in what we already know, we can just stay home and talk to ourselves. It would be just as effective.In the midst of all the post-conference discussions, I just wanted to take a moment to publicly thank my friend, Dr. Janet Smith, for her truly courageous efforts to advance this incredibly important dialog in a faithful and creative direction. Her work in this area is a much needed balance to the often heretical and destructive conversations going on in other corners of the Church. I hope she will keep it up, I hope the faithful will give this effort the support it so richly deserves, and I hope I can be there next time. 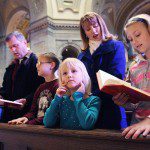 August 25, 2015
"Post-Traumatic Church Syndrome"--An Autopsy on the Death of Religious Faith
Next Post 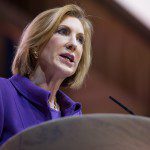 September 1, 2015 "Christians Need Not Apply." What Carly Fiorina Gets Wrong About Religious Liberty.
Recent Comments
0 | Leave a Comment
Browse Our Archives
Follow Us!

A Look At The Watchtower aka...
The Pursuit of Holiness
Related posts from Faith on the Couch