A new study suggests that joining a religious group could do more for someone’s “sustained happiness” than other forms of social participation, such as volunteering, playing sports or taking a class.

A study in the American Journal of Epidemiology by researchers at the London School of Economics and Erasmus University Medical Center in the Netherlands found that the secret to sustained happiness lies in participation in religion.

“The church appears to play a very important social role in keeping depression at bay and also as a coping mechanism during periods of illness in later life,” Mauricio Avendano, an epidemiologist at LSE and an author of the study, said in a statement. “It is not clear to us how much this is about religion per se, or whether it may be about the sense of belonging and not being socially isolated.”

For more information of raising faithful, HAPPY kids, check out our lastest book (coming August 2015 and now available for pre-order) Discovering God Together: The Catholic Guide to Raising Faithful Kids 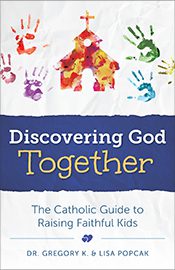 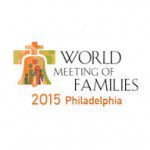 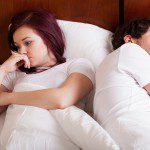 August 19, 2015 "Female Viagra" Released Despite Dangers. What YOU Need to Know.
Recent Comments
0 | Leave a Comment
"I disagree with the notion that atheist=selfish and therefore any morality they display is purely ..."
carbonatedcarly Good Without God: Part 3 in ..."
"The need to de-label something as an "addiction" also assumes a way of thinking about ..."
Jared B. New Research Suggests Porn is NOT ..."
"Dr Greg....I'm going to try this again. Have you read / reviewed the book "31 ..."
Needing Answers “You Make Me Sick!” The Surprising ..."
"Sheila, seriously, get in touch with a local Naprotechnology specialist. They're commonly misunderstood to be ..."
Marek Kaszycki The Terrible, Horrible, No Good, Very ..."
Browse Our Archives
Follow Us!

Beginning with the End in Mind
The Lenten journey is all about putting ourselves on a path to...
view all Catholic blogs
What Are Your Thoughts?leave a comment
Copyright 2008-2020, Patheos. All rights reserved.