A new study finds that attendance of religious services by young people is associated with a reduction in viewing pornography over time.

The study findings appear in the Journal of Adolescence.

“We were able to determine that there is a barrier effect at play wherein religious social control encourages adolescents to view less pornography over time,” said Kyler Rasmussen, lead author of the study and a Ph.D. student in the University of Calgary’s Department of Psychology.

“This increase in pornography consumption as adolescents get older isn’t as drastic among those who attend religious services. We can see that religious attendance is a factor in shaping the trajectories of pornography viewing in adolescents.”

Rasmussen added, “Some might see it as a vindication of the role of religion, in that it can shape the behavior of young adolescents in a positive way.”

…So what is it about attending religious services that would help steer adolescents away from viewing pornography? “People in religious communities learn that there are expected patterns of behavior,” says Bierman.

“It may be the notion of a divine significant other who watches over them and there may also be a social support component. When you become integrated within a moral community where pornography is used less often and is, in fact, discouraged, this may shape and deter pornography usage. There’s a kind of social control function at play.”  Read the full article here.

To discover more faithful ideas for raising loving, moral, godly, porn-resistant kids, check out Beyond the Birds and the Bees:  Raising Sexually Whole and Holy Kids. 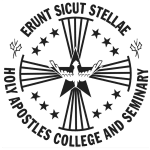 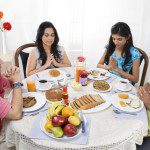 July 12, 2016 When Daddy Doesn't Go To Church....
Recent Comments
0 | Leave a Comment
"I disagree with the notion that atheist=selfish and therefore any morality they display is purely ..."
carbonatedcarly Good Without God: Part 3 in ..."
"The need to de-label something as an "addiction" also assumes a way of thinking about ..."
Jared B. New Research Suggests Porn is NOT ..."
"Dr Greg....I'm going to try this again. Have you read / reviewed the book "31 ..."
Needing Answers “You Make Me Sick!” The Surprising ..."
"Sheila, seriously, get in touch with a local Naprotechnology specialist. They're commonly misunderstood to be ..."
Marek Kaszycki The Terrible, Horrible, No Good, Very ..."
Browse Our Archives
get the latest from
Catholic
Sign up for our newsletter
POPULAR AT PATHEOS Catholic
1

The Grace of God in Scrambled...
Steel Magnificat
Related posts from Faith on the Couch