Only the Godless Die Young 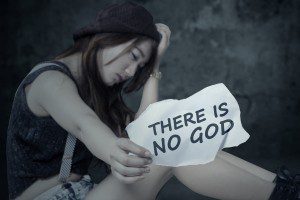 With apologies to Billy Joel, new research from Harvard shows that, irrespective of the state of their general health, only the godless die young.

There have been a number of prior studies on religious service attendance and longevity. Many of these had been criticised for poor methodology, for instance allowing the possibility of reverse causation — ie, that only those who are healthy can attend services, so that attendance isn’t necessarily influencing health.

Papers recently published out of Harvard University have tried to address this concern by using repeated measurements of service attendance and health over time to control for whether changes in health preceded changes in service attendance. The associations between religious service attendance and longevity, suicide and depression were all robust. Results indicated that compared with women who never attended religious services, women who attended more than once a week had a 33 per cent lower mortality risk during the study period. Those who attended weekly had a 26 per cent lower risk and those who attended less than once a week had a 13 per cent lower risk. (The data comes from women who worked as nurses in the US, most of whom identified as Catholic or Protestant, so most of the religious services would be at churches. However, the definition encompassed a range of different places of worship.)

Although historically researchers have suggested that the positive health benefits of religious involvement could be largely attributed to the social aspects of church attendance–socialization being an established contributor to well-being–more sophisticated statistical analysis shows that the social dimensions of faith account for only about 20% of the life-extending benefits of religion.  According to researchers…

Other mechanisms might also be operative. The development of self-discipline and a sense of meaning and purpose in life have been proposed in the literature as potential factors. The association between service attendance and health seems not to be explainable by just one mechanism alone. Rather, there appear to be many pathways from religion to health. Religious service attendance affects many aspects of a person’s life and the cumulative effect of all of these seems to have a substantial influence on health.

it appears to be religious service attendance, rather than self-assessed religiosity or spirituality or private practices, that most powerfully predicts health.

You can read the rest here.  For more on how you and your kids live longer more faithful lives, check out Discovering God Together: The Catholic Guide to Raising Faithful Kids. 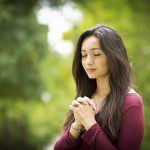 August 3, 2016
What Faith Stage Are You? The 6 Stages of Seeking Meaning, Significance, and Transcendence.
Next Post 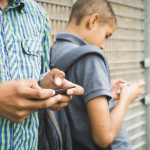 August 4, 2016 Millennials Less Promiscuous Than Any Generation for 60 Years. Here's Why That's TERRIBLE.
Recent Comments
0 | Leave a Comment
Browse Our Archives
Follow Us!