Talk therapy can be best understood as physical therapy for the brain.  Many previous studies have been shown to have a positive impact on the brain functioning of depressed and anxious patients, changing the way clients’ brains process, feel, and respond to stress.  Exciting new research shows that even patients who suffer from psychosis (e.g., intrusive auditory and visual hallucinations) and schizophrenia can experience significant improvements in brain function as the result of talk therapy.   But how?

Cognitive Behavioral Therapy (CBT) is a school of psychology that focuses on “reframing,” or changing the way an individual thinks about and responds to their thoughts and experiences as well as developing strategies to reduce stress and improve mental health and well-being.

A study conducted by King’s College London shows that CBT strengthens the “connections between key regions of the brain involved in processing social threat accurately.” Furthermore, this study revealed that the techniques of CBT show increased “connectivity between several brain regions — most importantly the amygdala (the brain’s threat centre) and the frontal lobes (which are involved in thinking and reasoning) — are associated with long-term recovery from psychosis.”

In other words, individuals who experience psychotic symptoms such as those common in schizophrenia and other psychiatric disorder, can benefit from CBT by “learning to think differently about unusual experiences, such as distressing beliefs that others are out to get them.”

“The findings, published in the journal Translational Psychiatry, follow the same researchers’ previous work which showed that people with psychosis who received CBT displayed strengthened connections between key regions of the brain involved in processing social threat accurately.”

The researchers of this and other studies explained that individual’s struggling with psychosis often turn immediately to medication for relief from their symptoms. However, the results of this study demonstrate that while CBT is effective during the time the individual is receiving counseling, Cognitive Behavioral Therapy also gives the individual the tools necessary to positively impact long-term recovery.

To discover how Cognitive-Behavior Therapy can help your brain deal with stress, depression, anxiety and other emotional problems more effectively, contact the Pastoral Solutions Institute’s Tele-Counseling practice to make an appointment to speak with a counselor. 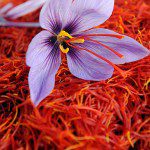 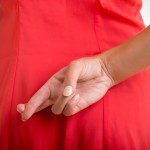 January 24, 2017 Alternative Facts? 3 Ways to Solve Conflict When You Can't Even Agree on What Happened
Recent Comments
0 | Leave a Comment
"I disagree with the notion that atheist=selfish and therefore any morality they display is purely ..."
carbonatedcarly Good Without God: Part 3 in ..."
"The need to de-label something as an "addiction" also assumes a way of thinking about ..."
Jared B. New Research Suggests Porn is NOT ..."
"Dr Greg....I'm going to try this again. Have you read / reviewed the book "31 ..."
Needing Answers “You Make Me Sick!” The Surprising ..."
"Sheila, seriously, get in touch with a local Naprotechnology specialist. They're commonly misunderstood to be ..."
Marek Kaszycki The Terrible, Horrible, No Good, Very ..."
Browse Our Archives
get the latest from
Catholic
Sign up for our newsletter
POPULAR AT PATHEOS Catholic
1

Facing this Election, We Must Recall...
suspended in her jar
Related posts from Faith on the Couch

Catholic
Four Ways to Keep Your Relationship Afloat In...
Faith on the Couch
TRENDING AT PATHEOS Catholic