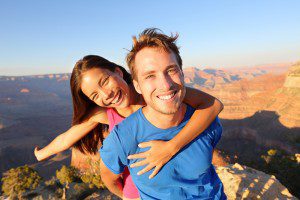 According to a new study by the UK’s Marriage Foundation, 70% of couples who said they were in unhappy marriages reported being happy 10 years later.  Of those, 30% of the formerly unhappy couples were “extremely happy.”  This was especially true for couples who were feeling the strain a growing family can put on the marital relationship.  If you’re unhappy in your marriage today, it turns out that the one thing that is almost guaranteed to turn it around is to just stay put!

Of course the EVEN BETTER NEWS is that you don’t have to be miserable for 10 years waiting for your marriage to fix itself.  You can take charge of the process and significantly shorten your recovery time.  As I reveal in When Divorce is Not An Option:  How To Heal Your Marriage and Nurture Lasting Love (which reveals the 8 habits that distinguish marital bliss from a marital miss)  happy couples are proactive about seeking help.  They don’t take unhappiness lying down.  They seek out good books, attend marriage-building workshops like Marriage Encounter, Retrouvaille, or PAIRS, and they seek  professional help early.  Less happy couples wait 4-6 years before seeking assistance for their marriage.  Why wait.  In the last 20 years, new discoveries in marriage therapy has increased the success rate of trained marital counselors (as opposed to individual therapist who, “also do marriage counseling”) to over 90%.

The takeaway?  Hanging tough through tough times is often enough to get you to a happier place in your relationship. But if you want to get there quicker, or fear that you’re stalling out, seeking appropriate resources early can help you not just survive tough times in your marriage but learn to thrive in spite of them.

Sure, marriage can be hard work, but the the good news is that the light at the end of the tunnel isn’t just an oncoming train.  It really is the sun peaking through the darkness promising that a brighter, more joy-filled relationship is just around the corner! 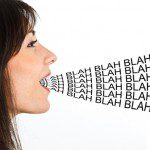 February 8, 2017
Not Listening! Three More2Life Hacks for How to Get Your Feelings Heard
Next Post 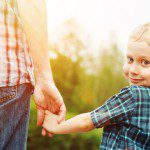 February 21, 2017 Kids on My Mind: Parenting Changes Dad's Brain!
Recent Comments
0 | Leave a Comment
"I disagree with the notion that atheist=selfish and therefore any morality they display is purely ..."
carbonatedcarly Good Without God: Part 3 in ..."
"The need to de-label something as an "addiction" also assumes a way of thinking about ..."
Jared P. New Research Suggests Porn is NOT ..."
"Dr Greg....I'm going to try this again. Have you read / reviewed the book "31 ..."
Needing Answers “You Make Me Sick!” The Surprising ..."
"Sheila, seriously, get in touch with a local Naprotechnology specialist. They're commonly misunderstood to be ..."
Marek Kaszycki The Terrible, Horrible, No Good, Very ..."
Browse Our Archives
get the latest from
Catholic
Sign up for our newsletter
POPULAR AT PATHEOS Catholic
1