“I Can’t Believe You Said That!” When Words Hurt

“I Can’t Believe You Said That!” When Words Hurt June 1, 2017 Rachael Popcak and Dr. Gregory Popcak 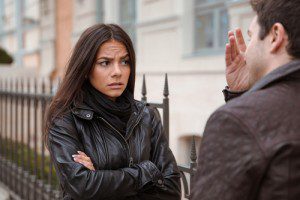 When things get heated, our “fight or flight” response kicks in, but sometimes our reaction is to take the “fight” response a bit too literally. When someone speaks rudely to us, or yells at us, we yell back and attempt to “out argue” the other person. While this may be our instinct reaction, it’s not the most effective way to deal with these situations.

Theology of the Body reminds us of the power of words by pointing us back to Genesis and how God created the world. Specifically, God spoke the world into being. Words have creative power, and God shares that power with us in the hopes that we will use it to build each other up and be co-creators with Him as we work to cooperate with His grace and encourage each other to be the whole, healed, godly, grace-filled people we were created to be. But we can also use those words to destroy each other and we often do.

Here are three More2Life Hacks on how to respond when words hurt:

1. Be Confident And Be Clear–No one ever deserves to be spoken to disrespectfully or hurtfully. Even if the other person accuses you of doing something that they found hurtful or offensive, no matter what you may or may not have said or done, you don’t deserve to be spoken to cruelly or disrespectfully. Be clear about this and be confident in your right to insist that, while you are willing to listen to anything the other person wants to say, you cannot listen to anything that is said in a cruel or hurtful manner. Being clear about this doesn’t only benefit you, it benefits the other person and your ability to address whatever the problem might allegedly be.  If there is a problem that needs to be discussed, it deserves to be discussed respectfully and effectively. Be confident and clear about the need to insist that “respect is the price of admission” to any conversation a person may want to have with you.

2. Use Do-Over’s–If you feel attacked in a conversation, resist the temptation to just lash out or shut the conversation down completely. Instead, assume that, given the chance, the other person will be able to say what they are trying to say respectfully. Give them that chance by asking for a do-over. Say something like, “I’m feeling really attacked right now. I want to hear what you’re trying to say, but I need you to be less aggressive about it. Tell me again what you’re trying to say.” Often, when we hold up a mirror like this, the other person will appreciate the opportunity to see how they are coming across and adjust their behavior. Do-overs allow you to reset the conversation and move forward in a more respectful and productive way.

3. Don’t Feed the Troll–If someone is saying cruel or disrespectful things to you, don’t defend yourself. Don’t try to talk them out of it. Don’t argue back. Any attempt to argue someone out of their unkind view of you will inevitably backfire as the conversation will begin going in circles with new accusations being hurled and as the previous defenses are overcome. The best thing to do in this situation? Don’t feed the troll. As before, stop the conversation and give the person as chance to do a do-over. If that fails, simply say, “I’m really sorry you feel that way. I hope you can get past it. If there’s something you’d like to talk through when you’re feeling a little less angry I’m happy to hear whatever you have to say, but I can’t talk about this with you this way.” Then be done. If you have to say anything, simply repeat that formula, “I’m sorry you feel that way. I hope you can get past it. I’d love to talk to you when you’re in a different place, but I can’t do it like this.” Trolls don’t like to eat broken records. If that’s all you serve them, they’ll look for other places to feed.

For more information on how to effectively respond when words hurt, check out God Help Me! These People Are Driving Me Nuts! and tune in to More2Life, weekdays at 10am E/9am C on EWTN Global Catholic Radio Network, SiriusXM 139. 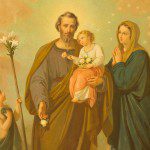 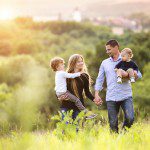 June 6, 2017 Becoming a Better Family
Recent Comments
0 | Leave a Comment
"I disagree with the notion that atheist=selfish and therefore any morality they display is purely ..."
carbonatedcarly Good Without God: Part 3 in ..."
"The need to de-label something as an "addiction" also assumes a way of thinking about ..."
Jared P. New Research Suggests Porn is NOT ..."
"Dr Greg....I'm going to try this again. Have you read / reviewed the book "31 ..."
Needing Answers “You Make Me Sick!” The Surprising ..."
"Sheila, seriously, get in touch with a local Naprotechnology specialist. They're commonly misunderstood to be ..."
Marek Kaszycki The Terrible, Horrible, No Good, Very ..."
Browse Our Archives
get the latest from
Catholic
Sign up for our newsletter
POPULAR AT PATHEOS Catholic
1

Catholic
Not a Gumball God - A Gospel Meditation...
Faith on the Couch
TRENDING AT PATHEOS Catholic