The Pope, The APA, and “Born That Way.” What Science Really Says About Homosexuality

The Pope, The APA, and “Born That Way.” What Science Really Says About Homosexuality May 24, 2018 Rachael Popcak and Dr. Gregory Popcak 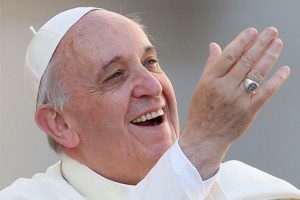 It is hard to know, of course, what Pope Francis did or did not say.  The reports quote Juan Carlos’ recognition of events, not the Pope’s actual words, and no good pastor would ever publicly reveal what was said during pastoral or spiritual direction even if the directee were to make his or her version of those events public.  Such comments are the domain of what the church calls, “the internal forum” and, as such, enjoy an even more serious level of confidentiality than doctor-patient priviledge.

That said, the Holy Father’s reported comments give the faithful another opportunity to address the idea that “science has proven” that LGBT people are “born that way.”

What Science Has To Say

Here is how the American Psychological Association responds to the question, “What causes a person to have a particular sexual orientation?” which is posted on their FAQ page titled, “Sexual Orientation and Homosexuality.”

There is no consensus among scientists about the exact reasons that an individual develops a heterosexual, bisexual, gay or lesbian orientation. Although much research has examined the possible genetic, hormonal, developmental, social and cultural influences on sexual orientation, no findings have emerged that permit scientists to conclude that sexual orientation is determined by any particular factor or factors. Many think that nature and nurture both play complex roles; most people experience little or no sense of choice about their sexual orientation.

For any Catholic, especially the Pope, to imply or directly state that homosexuality is somehow ordained by God would be both theologically incorrect from a Catholic point of view (see below),  and, even more importantly, scientifically incorrect, since the prevailing, professional view is that we simply don’t know what the origins of homosexuality are.  In light of this, I do find it difficult to imagine that the Pope would have said exactly what Mr. Cruz claims.

Incidentally, I am not accusing Mr. Cruz of lying.  As a counselor, I know that what I say to a client in a session is often repeated to a spouse, child, or other person in a manner that has absolutely no resemblance to what I actually said or meant to say.  The client isn’t lying.  They are simply using their own words to communicate what they honestly thought I meant, or the feeling that I conveyed to them, even if it is not exactly what I said.

I would not be surprised to learn that the Holy Father told Mr. Cruz that God loved him deeply, or that Mr. Cruz’s homosexuality should never be seen as an obstacle to the movement of God’s grace and healing in his life, or that Mr. Cruz deserves the love and support of the Church regardless of his sexual identity, or that God has profound compassion for the struggle Mr Cruz has faced.  All of these things would be thoughtful and authentic pastoral responses to someone in Mr. Cruz’s situation.

But a good pastor has an obligation to the truth, as does any Christian.  No client or spiritual directee is ever served well by platitudes, half-truths, or useful fictions, even if they are offered with the best of intentions.  Lying, or misrepresenting the facts, even for a good cause, is still lying.

Even if people were inclined to believe that the Holy Father could arbitrarily change doctrine, even the Pope can’t change science.  The simple fact is, even those scientists who have dedicated their lives to studying LGBT issues, and who would have no objection to asserting that homosexuality was genetic (and, in fact, could be thought to be in favor of such an assertion) can’t bring themselves to make the claim that LGBT persons are “made” to be LGBT from birth.

What YOU Need to Know.

Whatever the Holy Father did or didn’t say to Mr. Cruz, the most important thing for Catholics to know and share with their friends about the Church’s pastoral response to LGBT issues is that neither we nor scientists know why people have the sexual orientation that they do, but that regardless of their orientation, all people are loved by God, invited to share in his life of grace, called to repentance and communion, and deserving of the love and respect of their fellow human beings.

Dr. Greg Popcak is a pastoral counselor, an associate professor of pastoral studies, and the author of Holy Sex!

*NOTE: The following is the what the Catechism teaches about Homosexuality.

2357 Homosexuality refers to relations between men or between women who experience an exclusive or predominant sexual attraction toward persons of the same sex. It has taken a great variety of forms through the centuries and in different cultures. Its psychological genesis remains largely unexplained. Basing itself on Sacred Scripture, which presents homosexual acts as acts of gravedepravity,140 tradition has always declared that “homosexual acts are intrinsically disordered.”141 They are contrary to the natural law. They close the sexual act to the gift of life. They do not proceed from a genuine affective and sexual complementarity. Under no circumstances can they be approved.

2358 The number of men and women who have deep-seated homosexual tendencies is not negligible. They do not choose their homosexual condition; for most of them it is a trial. They must be accepted with respect, compassion, and sensitivity. Every sign of unjust discrimination in their regard should be avoided. These persons are called to fulfill God’s will in their lives and, if they areChristians, to unite to the sacrifice of the Lord’s Cross the difficulties they may encounter from their condition.

2359 Homosexual persons are called to chastity. By the virtues of self-mastery that teach them inner freedom, at times by the support of disinterested friendship, by prayer and sacramental grace, they can and should gradually and resolutely approach Christian perfection. 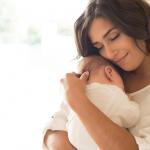 May 29, 2018 Pastoral Solutions Seeks Faithful, Catholic Therapists to Join Our Growing Practice.
Recent Comments
0 | Leave a Comment
"I disagree with the notion that atheist=selfish and therefore any morality they display is purely ..."
carbonatedcarly Good Without God: Part 3 in ..."
"The need to de-label something as an "addiction" also assumes a way of thinking about ..."
Jared B. New Research Suggests Porn is NOT ..."
"Dr Greg....I'm going to try this again. Have you read / reviewed the book "31 ..."
Needing Answers “You Make Me Sick!” The Surprising ..."
"Sheila, seriously, get in touch with a local Naprotechnology specialist. They're commonly misunderstood to be ..."
Marek Kaszycki The Terrible, Horrible, No Good, Very ..."
Browse Our Archives
get the latest from
Catholic
Sign up for our newsletter
POPULAR AT PATHEOS Catholic
1

You Lost Me at Kavanaugh.
Public Catholic
Related posts from Faith on the Couch