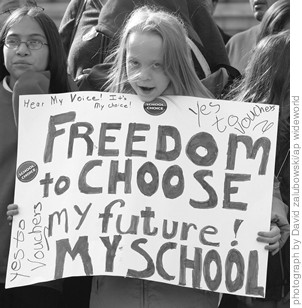 National School Choice Week 2013, which runs from Jan. 27 through Feb. 2, shines a spotlight on the need for education opportunities for all. In only its third year, this bipartisan, grassroots effort features more than 3,500 events spanning all 50 states.

Few issues seem like such a no-brainer to me as this one. It boggles my mind that competition is stifled in a country that thrives on the free market of ideas and services in almost every area but the most critical one of education. Unions and government bureaucracy stifle innovation and keep students, mostly minority ones, trapped in failing schools with no hope in sight. Centralized control of the schools is the surest way to dumb down our culture to the lowest common denominator. We’re well on our way there.

Pro-choice prior to birth becomes no-choice once they’re out of diapers. 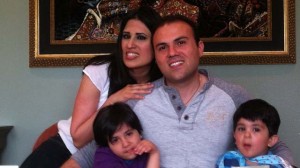 Christian pastor Saeed Abedini was sentenced to eight years imprisonment in one of the most brutal prisons in Iran on charges of evangelizing.

The 34-year-old father of two denied evangelizing in Iran and claims he had  only returned to his native land to help establish an orphanage. Authorities  pulled him off a bus last August and threw him into the notorious Evin Prison in  Tehran.

The exact crimes he is accused of only became public on Monday, when the  prosecutor outlined charges that Abedini undermined the Iranian government by  creating a network of Christian house churches and that he was attempting to  sway Iranian youth away from Islam.

For those who think that humanity has progressed beyond the point where a people would ever need to resist tyranny, Iran and many other governments remind us that power corrupts. I can’t help but think back a few years when the people of Iran tried to rise up and were met with crickets from President Obama and Washington before being crushed. It’s a sobering reminder that Jesus warned us that in this world we will have trouble.

Fear not. He has overcome the world. But He’s also called us to pray. So get busy. 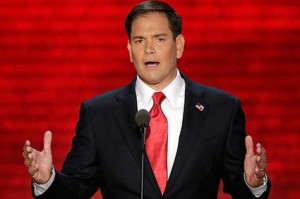 A group of eight US Senators announced agreement on key principles for moving forward with legislation to deal with the divisive immigration issue, including rising Hispanic, conservative Senator Marco Rubio (R-FL).

–Creating a path to citizenship for the estimated illegal immigrants already  in the U.S., contingent upon securing the border and better tracking of people  here on visas.

–Reforming the legal immigration system, including awarding green cards to  immigrants who obtain advanced degrees in science, math, technology or  engineering from an American university.

–Creating an effective employment verification system to ensure that  employers do not hire illegal immigrants.

–Allowing more low-skill workers into the country and allowing employers to  hire immigrants if they can demonstrate they couldn’t recruit a U.S. citizen;  and establishing an agricultural worker program.

John McCain and Lindsey Graham plus four Democrats make six Democrats on this issue. McCain and Graham have two of the worst track records of being serious about border security and instead trampling our laws. That being said, I admire Rubio and Flake for trying to tackle this issue and take it off the table as a political wedge issue. Christians should be trying to find agreement to help those stuck in illegal status in this country. It will come down to how serious they are about securing our borders to keep it from happening again. We’re used to being lied to — by both parties — on this issue. Only when we agree that our laws matter, can we truly extend grace and mercy.

Defending the rule of law is essential to the grace of the gospel. 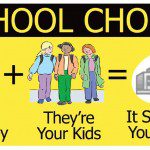 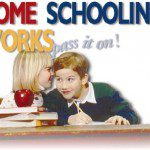 January 28, 2013 School Choice Week: Why Homeschool Is the Best School
Browse Our Archives
get the latest from
Evangelical
Sign up for our newsletter
POPULAR AT PATHEOS Evangelical
1

A Thriving Soul: Beauty, Pleasure, Pain
There is education in beauty. The beauty, and the heights, made me giddy...
view all Evangelical blogs
Copyright 2008-2020, Patheos. All rights reserved.