In Memory of A Melancholy Bunny Named Hops 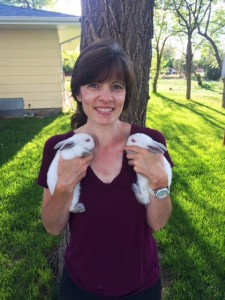 Remember when I adopted Calvin and Hops? Well there’s a funny story as to which one got named Hops and which one got named Calvin. They’re twins, see, especially in appearances. So I decided to mark Calvin’s ear with a Sharpie dot so I could tell them apart. When I went into the house to get the Sharpie, I told my daughter to keep tabs on which one was which so I wouldn’t be confused and Sharpie Hops instead. I think she told me right. But I didn’t mark right, because I got interrupted by a grandchild or a grasshopper or a raindrop or something. I did in fact end up Sharpie-ing Hops, which meant that the bunny who is chipper and ADD and spastic became Calvin, and Hops, who is melancholy and slow and in serious need of some Zoloft, became Hops.

Cute story, huh? Unfortunately, it doesn’t end so cute for poor Hops. I went out to feed the fuzz balls about a week ago, and noticed Hops sporting a small lump on his left cheek. It seemed tender to the touch, so I figured he had an abscessed tooth. I couldn’t get him to the vet the next day, but went in the day after that, and by the time I rolled into that stinky place that echoed with barks and meows, the lump had nearly tripled in size.

“Yeah. I’ve never seen such a thing, but when I aspirated it, nothing came out, which tells me it’s not a cyst. And it seems to be very attached to his jaw.”

“You’re sure it’s not an abscessed tooth?”

I gulped and asked what the protocol was if the x-ray showed a tumor.

“Extensive surgery. He may or may not survive, as bunnies are the most prone of all animals to die under anesthesia.”

“So we’re talking thousands of dollars, with no guarantee of survival, and every possibility of death.”

I loved Hops, y’all. But I don’t have that big of a wad. I don’t even have that kind of cash for my own medical bills. So, I went home, Hops in tow, and told the vet I’d consult my family and be back if I decided putting him down was the way to go. But I knew in my heart of hearts Hops was terminal. I didn’t have the money to save him, and I can’t stand it when an animal is in pain. Truth was, I needed a night to just get used to the idea of life with only one bunny. He was still eating okay, although the vet had no idea how. But he was quickly becoming emaciated and sickly looking, and that wicked lump of out of control cells would not let up. The tumor was growing exponentially every day, as was Hops’ pain.

The vet’s words kept ringing in my head …

“I’ve never seen such a thing. He either broke his jaw, and a tumor resulted. Or he grew a tumor and broke his jaw.”

Never seen such a thing …

Never seen such a thing …

Where had I heard that before?

Oh, yes. At my own doctor appointments. Many of them.

The last few weeks, I’ve been working on refinishing a table. Meaning, I’m slapping some Annie Sloan paint on it, aging it, and smearing some wax on top to see what happens. When I first started painting, a cracked look came through. I quickly took a picture and texted it to a chalk paint specialist who also happens to be my Pastor’s wife, and asked, “What is going on here!?”

She said, “I don’t know, but that looks great! Many painters come in the shop to take an advanced painting class in the hopes of getting that exact look!”

She also said something about me always being a “special case”, referring to my medical problems, I think. To which I replied, “But … even in my painting!?”

I’m sorry, Hops. I didn’t mean for you to be a “special case.” If you broke your jaw, I don’t know how you would’ve done it. If you grew a tumor, I don’t know why. I just know that you were a great friend while I had you. I appreciated the toned down snuggles you gave (compared to Calvin’s spastic clawing). I liked that you were melancholy because misery loves company. And I liked the way you let the grandbabies pet you, poke you in the eyes, and try to shove carrots up your nostril, thinking it was your mouth. You didn’t even like carrots, which was weird. But you’d nibble a little for the kids’ entertainment. You did, however, love bell peppers, and I’ll never forget the time you shared one with grandbabies T and A. They’d feed you a bite, then take a bite of their own … until I realized what they were doing and told them it was gross. I mean I loved you and all, but food sharing with humans is where I draw the line.

Also, I’m thankful you weren’t a girl. That time I caught you and Calvin doing the humpty dumpty dance in my front yard, I was seriously scared we had mislabeled your sex, and that I was in for a slew of baby bunnies. Turns out, bunnies are just weird and like to practice “dancing” on anything that might provide some … pleasure or babies or maybe just some entertainment.

I’m reading Where The Red Fern Grows, because I am ashamed at how many classics I haven’t read, and because when I was a small girl, Red Fern was the first movie I ever saw in a theater. It had to force myself to stay in my seat until the end. The painfully sad story got the best of me, and I made myself sick by choking down tears for an hour and a half. When I got home, I bawled my eyes out and was depressed for a week. And so, I guess I wanted to see what all the fuss was about. Was I just an overly sensitive child? Or is the story legitimately emotionally catastrophic? I’m half way through, so I don’t which one it is yet. But I find it odd that I lose a pet whilst reading about a boy who loses his pets.

Red Fern is awful, by today’s political correctness standards. It’s also theologically awful, but that’s for another day. Point is, animals were looked at differently when the book was written. As if they were under our dominion, and not on the same level as humans. I am never for the abuse of animals. Neither am I for the equalization of animals to humans. In other words, if my baby had a tumor on his jaw that was going to spread and slowly kill him, I’d go into debt to pay for the surgery, no matter what the risk was. Human life is valuable. Animal life is valuable. But not in the same way. At all.

I’ve wondered if all bunnies go to Heaven. I heard one guy (don’t remember who) say that our pets will be in the Celestial City if we want them to be. Interesting thought, but I have no idea where he gets his information. Still, I’d be pleasantly surprised to find Hops when I cross the threshold of my “mansion.” It’d be fun to dash around the golden streets leaving fluffs of fur and little round poop pebbles withersoever we go (both from Hops, not me). Maybe in Heaven, Hops would talk, which would make for some very interesting table conversation. Perhaps he could tell me how he broke his jaw. If he broke his jaw. And why he didn’t like carrots like every other bunny in the history of bunnies.

He was a strange fella. And he will always be welcome in my “mansion.” In the meantime, rest in peace, Hops. Thanks for the cuddles. The entertainment. And life lessons.

You served your purpose well. 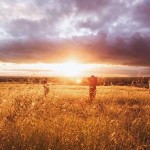 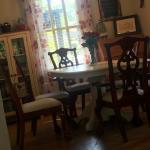 September 26, 2017 Notes From The Quarantine Room
Browse Our Archives
get the latest from
Evangelical
Sign up for our newsletter
POPULAR AT PATHEOS Evangelical
1 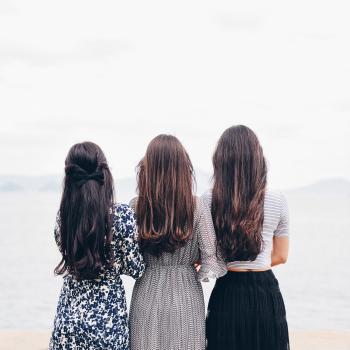 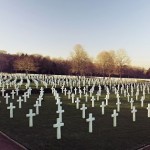 Evangelical
By Faith, We Let Our Loved Ones Go
Felix Culpa
TRENDING AT PATHEOS Evangelical