The Beauty of Obedience 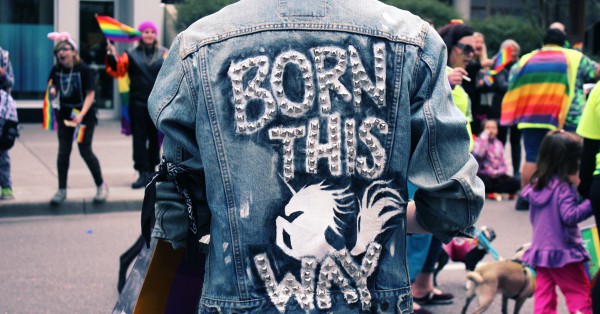 Continuing on with the Puritan prayer we’ve been discussing:

Help me to always be devoted, confident, obedient, resigned, childlike in my trust of thee, to love thee with soul, body, mind, strength, to love my fellow-man as I love myself, to be saved from unregenerate temper, hard thoughts, slanderous words, meanness, unkind manners, to master my tongue and keep the door of my lips. Fill me with grace daily, that my life be a fountain of sweet water.

We’ve discussed devotion and confidence, which puts us at obedience today.

There isn’t any way to sugar coat this topic, so I’m not even going to try. Obedience is hard. But it is what God demands if we want fellowship with Him. He laid out the Law to tell us what He expects from us, and it’s rigorous. It deals not only with outward behavior, but inward heart issues. For instance, not only must we refrain from sleeping with our neighbor’s wife …. we can’t even covet our neighbor’s wife in our hearts, otherwise we are guilty of adultery. Not only are we not permitted to kill, we must love. Not killing the person we hate is not enough. We must love that person as ourselves. We cannot lie, steal, take the Lord’s name in vain …

The requirements I’ve listed are just a few of the Ten Commandments. But there’s more. Throughout the Bible, there is a myriad of other ways we are instructed to obey. We are to meet with God daily. Develop the fruit of the Spirit in our lives, which, in addition to loving others requires becoming gentle, joyful, peaceful, patient, kind, good, and self-controlled. And on and on it goes ….

It’s exhausting just listing all that is required.

The consequence of not being entirely holy as He is holy is separation from God. Problem is, being holy is impossible. The only human being to walk the earth and never sin was Jesus. Everyone else, from the beginning of time until now, has missed the mark of perfection, and continues to miss the mark of perfection. That’s why Jesus was sent. To be sin for us. To take the consequences of our sin upon Himself, and suffer the death that we deserve, so that we might live.

While it would be easy to blow a party whistle here and go on living sinfully, that doesn’t work either. His grace is not cheap. Though He has made a way for us to be completely forgiven, He still requires obedience after salvation. Obedience is not – and never will be – what gets us into Heaven. But obedience is an indicator of whether we have truly trusted Jesus as our Savior. And here’s the kicker: Those who have truly felt the weight of their own sin, and have in repentance turned away from their sin do not do so because God is up there yelling at them in an angry, damning voice to get it right, to pull themselves up by their bootstraps and try harder, harder, harder. They obey because little by little, they begin to want to obey. As time goes on after initial salvation, they come to an even greater realization of just how corrupt, vile, and wicked their hearts are, and when they are reminded in Scripture of Jesus’ brutal, unjust, gruesome, bloody death, it prompts them to re-visit repentance. They ask again, and again, and again to be cleansed from their unrighteousness, and their obedience begins to be a willing and joyful act, in response to His amazing grace.

The process I’m describing has a name. It’s called sanctification. It’s also what I think irks the unsaved when they look at Christians and see (as the Christian does) what vile, sinful humans they still are. But it is as the old bumper sticker says: Christians are not perfect, just forgiven. Sanctification is a lifelong process. From the moment Christians convert to the moment they die, God is working on them and in them, and though they long for glorification (perfection) to be true of them, the fact is that until their soul is separated from their body and with the Lord, some amount of sin will remain.

So to the Christian, be encouraged. Your sanctification is in process, and if you stay in the Word and gradually get to know your Savior better and better, your heart will eventually not want to sin because you see the beauty of obedience, how it frees a soul, brings glory to God, and gives life to your bones.

To the unbeliever, please be patient. God is not yet finished with us (to quote another cheesy, but truthful bumper sticker). The process of becoming holy and sanctified is just that: a process. A lifelong, tedious, difficult process, but one in which God is with us and for us.

I completely understand if obeying the Ten Commandments seems archaic and distasteful. I mean, who seeks to do it anymore? In today’s world, it’s all about you doing you, BooBoo, and caving to your feelings and doing what makes you happy. But what that advice doesn’t tell you is that there’s only pleasure in sin for a season. At some point, sin always finds you out, and eventually, you will see the devastating effects of making your own path and walking in it.

Many American laws are in fact made up of Biblical laws. That’s because they are wise laws, and without them, this country would be even worse off than it is (which is saying something!). But before I go any further with that … why is it that we cherry pick His laws? Why do we say it’s not okay to steal or kill, but turn around and not only accept lies but tell them? Or commit adultery? I mean, if we’re going to dispose of one law, why not dispose of them all? If you’re not a believer, and you don’t believe God exists, why obey anything He says? He’s not here. He’s not out there. He’s not anywhere. That means you are not accountable for anything, and therefore, logically, you are free to behave as you wish. But then, so am I. So if I want your bike, it’s mine. If I don’t like your kid, I am free to kill her. If I’m a rapist, it’s perfectly acceptable to break into your apartment and take what I believe is mine and punch your lights out while I’m at it.

This is where most get off the boat, and for good reason. How crazy to say it’s okay to steal or rape. But I think it’s just as crazy to obey a God you don’t love, worship, or even like. For those who rebel against God, what is that your god says? And why don’t you obey him rather than my God? It appears to me that many Americans follow their own hearts, which is the worst advice anyone could ever take, but nonetheless, they follow it because they’ve been encouraged to (well, and because it’s natural). It’s Walt Disney theology, you know? Follow your heart, follow your dreams, and never follow those dumb parents of yours or that God of the Bible whose only desire is to make your life miserable with a plethora of restrictions.

As I said … obedience is hard. Many don’t know why they obey some laws and not others, but I hope today’s candid discussion will lead you to ask yourself, if you’re not a believer, why you obey the laws you do. If it’s simply because you may go to jail, then that’s legit, and I appreciate that you don’t steal, murder, etc. But what laws has America made legal that should in fact still be illegal?

Murder, as it turns out, is acceptable in America, but you must choose your victim carefully. Once the human is outside the womb, you can no longer kill it  (in most states).

Many want to make stealing legal, under socialist rule. But it is not admirable or right for anyone (via a vote for a socialist President) to take their neighbor’s hard earned money and distribute it how they see fit.

Gay marriage is legal in America. Is it acceptable in the sight of God?

Nobody dies a horrible death for others without wanting what is ultimately best for them.

December 6, 2019 Just Go To Church
Browse Our Archives
get the latest from
Evangelical
Sign up for our newsletter
POPULAR AT PATHEOS Evangelical
1 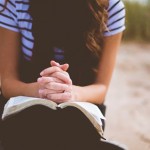 Is a Husband the Priest of His Family?
Does a husband act like a priest for his family? While not...
view all Evangelical blogs
Copyright 2008-2021, Patheos. All rights reserved.