I will lead the blind by ways they have not known, along unfamiliar paths I will guide them; I will turn the darkness into light before them and make the rough places smooth. These are the things I will do; I will not forsake them. (Isaiah 42:16)

In 2000, as part of a cross-cultural program for Wheaton College students, I spent six months in the Central African Republic– a poor, landlocked country in the heart of Africa. One of the most vivid memories from my stay was how the darkness enveloped everything at nightfall. That darkness, which was accompanied by the strong smell of dozens of fires burning all around, initially had a romantic quality for me. It was like going camping. It is enchanting to be surrounded by darkness and be forced to suspend usual activities. But after a few days, the darkness becomes constraining, oppressive. It limits human activities and potential in so many ways.

I recently had the exact opposite experience walking through Times Square in New York City at night. The light coming from hundreds of signs and projection screens seemed as bright as the sun on a day with no clouds. Like the African darkness I had experiences years earlier, initially all the lights enamored me, but gradually the experience became overwhelming, disorienting, alienating. 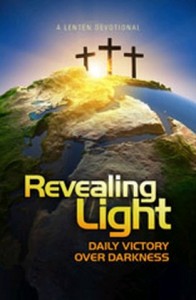 To function, our eyes need the right amount of light — not too little, not too much. In the West, we’re frequently blinded by all the ‘light’ — by our busy schedules, by all the many activities that vie for our attention. Because of all that ‘light’ we’re often distracted and don’t take the time to reflect, to meditate, to pray, to spend simple time with family and friends. Conversely, our brothers and sisters in the world’s poorest countries often lack the light needed to continue carrying out important tasks after the sun has gone down — children lack light to do homework; doctors lack the light they need to safely deliver babies or operate on patients who urgently need it.

The same is true of our main source of artificial light: electricity. Some of us use too much electricity, not cleanly or efficiently enough. This has many regrettable effects – most notably, electricity generated from fossil fuels is causing more intense storms and droughts, decreased agricultural productivity, and ocean acidification. And while most of the emissions that are disturbing the climate come from rich and emerging countries, the effects are disproportionately being felt by the poorest in developing countries. Conversely, 1.2 billion of the world’s poorest have no access to electricity, and another billion have only intermittent access. This too has deleterious effects – hampering learning, healthcare, and business.

In this season of Lent, when we celebrate the death and resurrection of our Lord Jesus Christ, the world’s true Light, we should also remember the least of these — our brothers and sisters who are suffering from the impacts of climate change and who are not reaching their human potential because they do not have access to modern electricity.

Ryan Hobert is Senior Director for Energy and Climate Change at the United Nations Foundation, and is on the board of director of Restoring Eden, a creation care organization. He grew up as a missionary kid in France and attended Wheaton College. Hobert lives in Washington, D.C., with his wife, Carrie, and his daughters, Adelaide and Elsa.

Re-Printed as part of Revealing Light a Lenten Devotional Sponsored by New Vision Renewable Energy and The Evangelical Environmental Network. To learn more and contribute to EEN’s work in Malawi and Honduras click here.

April 10, 2014 Confessions of a Non-Sustainable Carnivore
Recent Comments
0 | Leave a Comment
Browse Our Archives
get the latest from
Evangelical
Sign up for our newsletter
POPULAR AT PATHEOS Evangelical
1

Top 7 Bible Verses About Welcoming...
Christian Crier
Related posts from The Earth is the Lord's