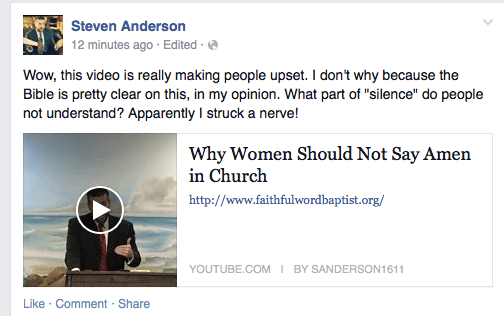 Steven Anderson is at it again.

If you don’t know who he is, I rank him near the top of the list of most obnoxious fundamentalists ever.

He’s the guy who says he carries his wife around the house each morning to prove that if she doesn’t want to go somewhere he could carry her.

And, also the guy who prayed for Obama to die and who has said God didn’t change his mind about stoning gay people.

Basically, he puts the mental in fundamentalist.

In a sermon he’s posted on his Facebook (picked up via the Raw Story) he’s now saying that he doesn’t want women to say “Amen” in church because it violates Paul’s teaching for women to learn in silence. However, in a stroke of sheer irony, while women aren’t allowed to say “Amen” to a sermon in church, the video version of his sermon is getting a few “Amens” from the ladies on Facebook.

Here’s what I think we can learn from this:

1. If you don’t give consideration to the grammatical/historical context to a biblical passage, you’re going to come up with some CRAZY ideas. The Bible is a collection of 66 ancient books, not a church rule book that was written in the context of our time and our place. It must be contextualized before it can be applied.

2. If we do not value legitimate theological educations, we’re going to be dealing with a lot more of this nonsense. Anderson’s church website boasts that he doesn’t have a college degree and that church is where you learn truth. There are still plenty of unaccredited “Bible Schools” that exist to “train” when all they’re doing is reproducing fundamentalist culture-soldiers. We need to be pushing back against the acceptability of having ministers who have not been properly trained with a theological education. When it’s time for your church to hire a new pastor, you need to be demanding that he or she is educated.

3. We must recommit ourselves to praying for and helping people who are stuck in oppressive churches such as Faithful Word Baptist Church where Anderson is the pastor. It is easy to make fun of or dismiss fundamentalists, but let’s remember– they need our help. We must find ways to come alongside the oppressed and help usher them to freedom.

4. We need to get educated on what the Bible actually teaches about women. This, I believe, is the most important thing we can do. We need to be able to articulate a better narrative about gender than the one that was handed to us by folks like Anderson. If you’re ready to take the next step in that area, I highly recommend Jesus Feminist by Sarah Bessey. Jesus Feminist will both challenge and encourage you as we endeavor to carry this Jesus movement forward. I highly recommend it!

Ironically, Anderson reminds me a lot of Dr. Evil:

March 25, 2014 When We'd Rather Let Kids Go Hungry Than Be Reasonable On Gay Marriage
Recent Comments
31 Comments | Leave a Comment
"Blood stains are usually considered unclean by almost all human beings; otherwise, they would not ..."
Lucian 10 Reasons Christians Should Affirm Women ..."
""Salvation is from the Jews" said Jesus. and Jesus was the Saviour....so Jesus was a ..."
James 5 Reasons Why I’m A Christian ..."
"Jesus was a Samaritan. He did not deny being one when the Jews said he ..."
Joseph Douglas 5 Reasons Why I’m A Christian ..."
"No, the rich don't pay enough to cover the government costs. Trump only paid $750 ..."
Medalcollector 10 Signs You’re Actually Following TRUMPianity ..."
Browse Our Archives
get the latest from
Progressive Christian
Sign up for our newsletter
POPULAR AT PATHEOS Progressive Christian
1 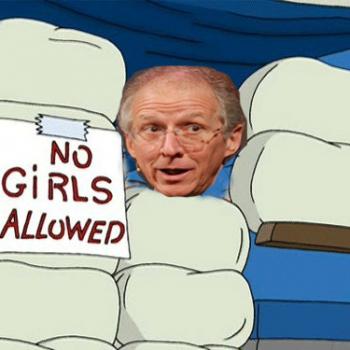 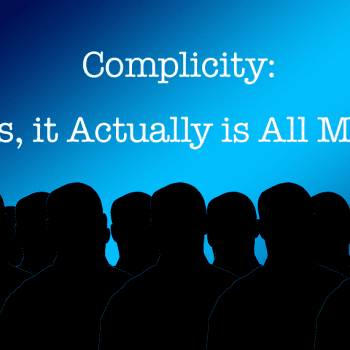