Yeah, I’m about as ready to be done with the 2016 election as the rest of y’all. Here are some thoughts on today, before we see how it all ends tonight. 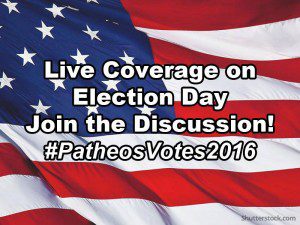 First, my internet friend/colleague Nicholas Whyte has created an election guide that’s worth keeping an eye on. It contains a map and a timeline for tonight that’ll help those of us wanting to stay up late to monitor results figure out what to watch for.

Second, we’ve got a hashtag here at Patheos, #PatheosVotes2016, to help you keep an eye on coverage. I haven’t decided if I’ll be live-tweeting much of the election, in part because of my teaching schedule today and in part because I’m burned the fuck out emotionally.

Third, as a sex educator, need I remind you that there’s a war on sex happening in America? Both the presidential and the down-ticket elections will impact our country’s policies on sex education, contraception, abortion, LGBTQ rights, health care access, and more. I mean, don’t get me started ranting about Pence, but his policies helped create an HIV crisis in Indiana, and his women’s health legislation has been abysmal (but hilarious, thanks to #AskDrPence and #PeriodsforPence).

As a HuffPost blogger stated about Trump, “a vote for this man is a vote for what he says about us.” This is why I’ve written that if you support the GOP platform, you don’t support me (as someone of Jewish descent, as someone with a uterus, as someone who’s not straight – and as someone who loves people who embody these and other qualities).

So, while I’m about ready to tap out for the day and check back in sporadically as my emotional energy and schedule permit, I’ll encourage y’all to stay informed and up to date. And vote! I woke up early to vote! The stakes are pretty high for those of us who embody and/or love those with non-normative identities, and I’d hate to see our country move backwards when it comes to civil rights.

edited to add: I forgot! The Folk Narrative section of the American Folklore Society is selling nasty women and bad hombre swag – check it out! 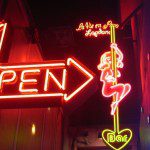 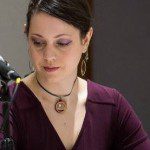 November 9, 2016 Just Assume I Have No Bandwidth Right Now
Recent Comments
0 | Leave a Comment
"Depending on what speech and whose speech."
ounbbl The U.S. Has Never 100% Upheld ..."
"Kneeling? Like in a photo people kneeling in front of photo of an ex-convict? BTW ..."
ounbbl It’s Not Free Speech Oppression If ..."
"Mixing medicine and public health with politics and ideology is a great show we have. ..."
ounbbl It’s Not Free Speech Oppression If ..."
"No answer is needed for this cursed gender-confused generation."
ounbbl WTF Is Gender?
Browse Our Archives
get the latest from
Foxy Folklorist: Folklore, Culture, Sex
Sign up for our newsletter
POPULAR AT PATHEOS Nonreligious
1

The Real Problem with Amy Coney Barrett
I don't think the Left is at all as hung up on...
view all Nonreligious blogs
What Are Your Thoughts?leave a comment
Copyright 2008-2020, Patheos. All rights reserved.