Act Like a Man: Sexuality and Masculinity in the 21st Century (Woodhull Session 2)

Act Like a Man: Sexuality and Masculinity in the 21st Century (Woodhull Session 2) August 23, 2016 Jeana Jorgensen

If you haven’t heard of the Act Like A Man Box, you’re missing out on an important tool set to understand how gender roles are implemented and enforced.

This is part two of my post series about the best workshops at Woodhull’s Sexual Freedom Summit 2016. The panel I’m discussing here represents a decade+ of Charlie Glickman‘s work on masculinity, and thus I can’t really do it justice, though I’ll certainly try. If you want to see the livetweeting of the panel, check out #SFSMasc.

To start, we ran through Charlie’s Act Like A Man (ALAM) Box exercise, which you can see summarized here. Basically, we all brainstormed the attributes of the perfect man. Of course, a lot of these attributes are culturally and generationally relative: what a man wears, how much body hair he’s supposed to have, what career he’s in, these ideals all change over time. But there were a number of consistent patterns, such as how “real” men are tall, virile, able-bodied, youthful, probably white, in control, dominant, and powerful… and that all spills into their sex lives, of course, with “real men” having sex that’s heterosexual, penetrative, with a penis that’s big and always hard, and always able to “give” his partner orgasms (and probably multiple ones at that).

While the image of a “real man” that emerges from this exercise is obviously cartoonish, the pressures on men to embody some version of this ideal are quite real. Men whose behaviors fall outside the Act Like A Man Box are mocked, bullied, and subjected to violence. Words hurled at those outside the box – gay, fag, pussy, homo, wimp – are often rooted in homophobia, misogyny, the sense of being a loser. And these identities are enforced very early: on the playground, and by parents who tells their sons to be a big boy and not cry.

The ALAM box is both performative and hierarchical: men have to constantly prove that they’re men, and prove it to each other so they don’t get pushed to the very bottom of the box, where they risk being feminized and victimized. Some men deliberately reject this dynamic, and go to the extreme of rejecting everything in the ALAM box, and thus become what Charlie calls Sensitive New Age Guys (or SNAGs). The thing is, not everything in the ALAM box is bad; there’s nothing wrong with enjoying sports or lots of sex, or wanting to be the provider for your family. Rather, the questions become: is is healthy for you? In identifying with these traits, are you doing it out of a sense of obligation/pressure, or because you want to? And finally, in identifying with these traits, are you also accruing unwanted baggage such as the subconscious need to put down people who don’t act/think like you?

Sexually, this can lead to a very restrictive way of interacting. Charlie refers to it as the “Get it up, get it in, get it off” model, since the ideal heterosexual dude’s sex life is very penis-centric. There can be a disproportionate emphasis on sexual endurance and performance (and really, who wants sex to be something you have to “endure,” a handful of exceptions for kinky scenarios aside?). Having a lot of partners or “scoring” a lot might be the goal, along with competence and not having to ask for directions. The idea of flipping a switch or being automatically turned on is also prevalent in contemporary American ideas about masculinity.

As Charlie has noted in another blog post, the idea that men can say no to sex is a tough one for many to navigate; if masculinity is socially constructed as a state of always being potentially turned on and wanting to score, how can a dude say no to sex, and not risk being emasculated in the process? Sadly, this can lead to situations where men are sexually assaulted and don’t recognize it as such til much later, if ever.

Living in the ALAM box can have some undesirable effects:

It’s also important to note that any attempt to question the box yanks you out of it and puts your masculinity in question, which is one intriguing disjunction between masculinity and femininity (since there are many ways for women to question feminine norms while still being recognizable as women; one major exception might be motherhood, since rejecting it can strike people as incredibly unwomanly). So this is difficult work for men to do, given that the need to be perceived as masculine is so deeply ingrained into their identities and senses of self-worth for many of them.

Charlie has some advice for masculine-identifying folks to pick and choose from the ALAM box, such as recognizing that it’s not a zero-sum game, and learning to identify and talk about emotions. We also learned about how men should practice both hearing no and saying no in their social and sexual interactions. This has a number of practical benefits, such as learning to graciously deal with rejection (which is something all humans encounter at some point in their lives). Plus, the more freedom someone has to say no, the easier it is for them to say yes.

The good news is that gender norms can and do change over time. Simply discussing what masculinity means to various people can be a great entry point into talking about how it does and does not serve us. It’s crucial to be able to separate masculinity from men, too, and thereby be able to critique hegemonic masculinity as a damaging social construct while having compassion for the men (inwhich I include masculine-identifying folks such as transmen and masculine-leaning genderqueer or intersex people) grappling with how to enact these norms.

So, let’s keep the conversation on masculinity, and gender in general, going! There’s always more work to do when it comes to gender equality, and as a sex educator I’m all about incorporating discussions of gender into comprehensive sex ed. 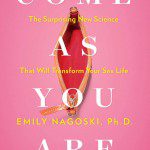 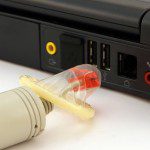 August 24, 2016 Let Members of the Adult Industry Decide What to Do with Their Bodies
Recent Comments
0 | Leave a Comment
Browse Our Archives
get the latest from
Foxy Folklorist: Folklore, Culture, Sex
Sign up for our newsletter
POPULAR AT PATHEOS Nonreligious
1